John’s passion for trad music shines through on his CD 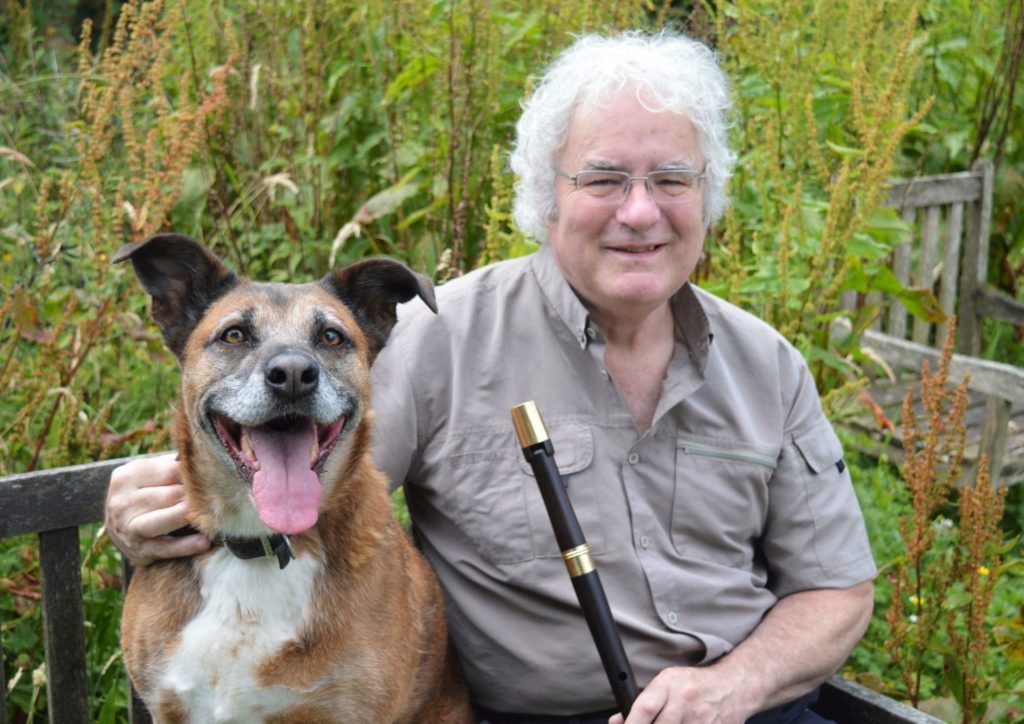 A LIFELONG passion for music, newfound free time during the pandemic and a gentle nudge from his family has resulted in a beautiful first album for Tullow musician John Duffy.

John has released The Tullow Jig, a collection of 12 tunes led by whistle player John and accompanied by a number of local musicians. Expertly produced to an incredibly high standard, the album sleeve is filled with eye-catching photography, while a striking website, www.johnduffymusic.com, was produced to coincide with the album launch.

“I never done anything like this before, but during Covid I’d more time and I got back playing again; I could see myself improving,” explained John.

“My son Eoin returned on holiday from Canada and he was the one who really pushed the idea of recording an album.”

John and Eoin discovered Sláine Recording Studios just outside Tullow, run by sound engineer and musician Emmet O’Connor, who guided them down the right path and the end result is The Tullow Jig.

“I’ve written books before on the River Slaney and the River Barrow, but nothing like this. I’m very excited about it and delighted with all the Carlow connections to the album,” said John.

While John came up with the tunes, it was Emmet who produced the exciting backing material that gives the album such a lift.

“I had always liked guitar-backing with whistles and Emmet suggested we bring guitarist Eric de Buitléir from Carlow on board. I thought it was a great idea. I’ve known Eric from way back and always found him very professional and devoted to his music,” explained John.

“He had just finished studying jazz at college in Dublin and I was curious as to what he would contribute. I was not disappointed. He was always flamboyant, and his personality shines through in his playing,” said John.

“Years ago, I composed a tune called The Tullow Jig. I rarely played it but, in the studio with Emmet and Eric, we gave it a shot using a low whistle in the key of F. We recorded it as a single-tune track and named the album after it. We hope people like it as much as we do,” said John.

To celebrate the release of the album, John will be having a night of live music with musicians from the album and other musician friends in Mount Wolseley Hotel, Tullow on Friday 25 November at 8pm. Signed copies of The Tullow Jig can be purchased on the night and it’s also now available to order online from John’s website.

John describes his wife Ann as “a huge support” to the project and was even open to the idea of turning a bathroom in their home into a studio where John practices!

“We spent many hours together listening to each track, from mixing to mastering, until we were happy with the finished album. Ann spent many hours designing the website and booklet, and I am very grateful for her support and encouragement over many years,” said John.

John is also grateful to his son Ciarán for his photography on the album and website, his son Eoin for graphic design tips and valuable feedback, and son Simon for his feedback and opinion.

“And, of course, our old dog Millie. She goes everywhere with me and is well known around Tullow as she brings me for a walk every morning!” he added.
All are welcome to come along to the event in Mount Wolseley on 25 November, which promises a feast of music from the musicians featured on the album and musician friends.