Kenny warns Ireland to be wary of Norway despite Haaland absence 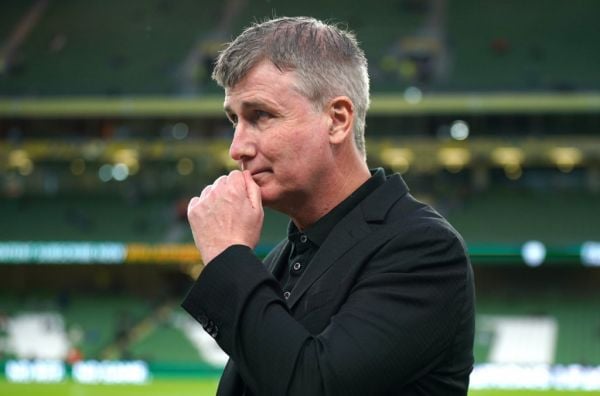 Stephen Kenny has warned the Republic of Ireland not to be taken in by the absence of Norway dangerman Erling Haaland.

The Manchester City forward will miss Thursday’s friendly at the Aviva Stadium through injury but, while he has plundered 23 goals for his club already this season, Kenny does not want his players to be lulled into a false sense of security.

Asked if his game-plan had changed as a result of Haaland’s misfortune, he said: “I don’t think it changes that much.

“Norway have a lot of players playing at a good level, they are all good players. The highest profile is their captain, Martin Odegaard, who is an exceptional player, for sure.

“They have players in LaLiga and other top leagues, so they have shown themselves to be a good team.”

If 22-year-old Haaland has enjoyed a sensational start to his Premier League career, Ireland have a teenager among their ranks who also dreams of making his mark in England’s top flight.

Eighteen-year-old Brighton frontman Evan Ferguson is in the senior squad for the first time having been handed his Premier League debut as a substitute last season.

Kenny, who has promoted the frontman from the Under-21s after a series of impressive displays, is conscious he still has a long way to go, but is confident he has a big future in the game.

Asked if he could figure against Norway or in Malta on Sunday, Kenny said: “It is premature. He has come in early, he hasn’t played that many games for Brighton’s first team.

“We rate him highly, he has come through the underage international teams and he has been very, very good.

“He is a different profile to the strikers we have. He is strong and aggressive in the air, he scores different types of goals, headed goals.

“He is someone who has achieved a lot in his tender years. He has a chance of being involved, but no guarantees at the same time.”

Defender John Egan has seen the teenager at close quarter in training this week and has been impressed.

Egan said: “He’s a young man, but he’s not young in stature. He’s a big man for his age and he’s got a bright future ahead of him. It seems like he’s got a really good attitude, he’s got good ability, so it’s been really good to get to know him this week.”

Here’s a look at our group 🇮🇪👇

The road to #EURO2024 begins in March – fixtures announced in due course #COYBIG | #WeAreOne pic.twitter.com/JZjpELyX31

Kenny will use the two games to finalise his preparations for the Euro 2024 qualifiers, which get under way in March with a tough Group B fixture against current World Cup holders France.

He said: “These two games are good preparation for us, to get the squad together, to get more game- time, more training time.

“It’s a long gap between November and March in the windows and we want to make sure we hit the ground running when we come in.”