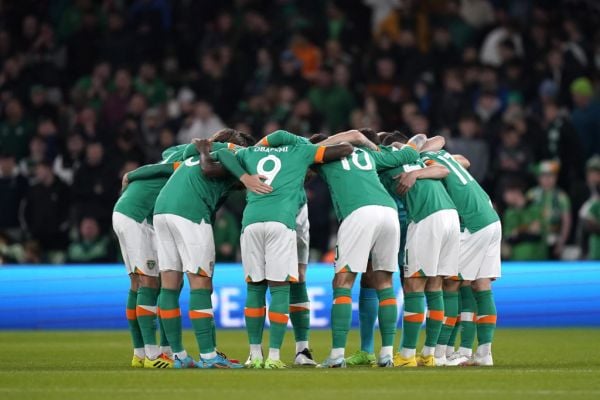 Stephen Kenny and his Republic of Ireland players head into Thursday night’s friendly against Norway looking to give themselves a platform for their Euro 2024 qualifying campaign.

They do so having ended a disappointing Nations League campaign by beating Armenia in September to avoid relegation from League B.

Here are some of the talking points surrounding the game…

Despite Kenny signing a contract extension in March, he still has his critics and while there has been improvement during his reign, success or otherwise is largely measured in qualification for major tournaments. A heart-breaking penalty shoot-out defeat in a play-off semi-final he inherited from predecessor Mick McCarthy cost Ireland a trip to Euro 2020 and they subsequently finished third behind Serbia and Portugal in their World Cup group. With France and Holland in their latest group, they face an even tougher challenge this time around and the friendlies against Norway and Malta represent their final chance to prepare.

If there is one area in which Ireland have strength in depth, it is with their goalkeepers. Gavin Bazunu is the man in possession and at the age of just 20, is playing regular Premier League football for Southampton. Mark Travers has forced his way back into the Bournemouth team having at one point lost his place to Brazilian Neto, while fellow 23-year-old Caoimhin Kelleher last week distinguished himself yet again with more penalty shoot-out heroics in Liverpool’s Carabao Cup third-round win over Derby.

The withdrawals of Scott Hogan and Will Keane from the squad through injury have left Kenny light in terms of strikers. Callum Robinson, Michael Obafemi and Chiedozie Ogbene have all played key roles for Ireland in recent games, but 18-year-old Brighton frontman Evan Ferguson has been included in the senior squad for the first time after being elevated from the under-21 ranks and will hope for a chance to make his senior debut.

All eyes on tomorrow night under the lights @AVIVAStadium 🤩🏟️

Ireland’s last game ended in unnecessary last-gasp drama as they were made to pay for relaxing. Goals from John Egan and Obafemi appeared to have eased them to a comfortable Nations League victory over Armenia when Artak Dashyan and Eduard Spertsyan struck within two minutes of each other, and it took a stoppage-time penalty from Robbie Brady after both Hovhannes Hambardzumyan and Dashyan had been sent off to secure the points. Kenny’s men cannot afford any repeat of that carelessness if they are to prosper against the Norwegians, who are ranked 42nd by FIFA, seven places higher than the Republic.

Far from Haal or nothing

Erling Haaland’s absence in Dublin will have come as almost as big a disappointment to the spectators who hoped to see him at close hand as it did a relief to those who would have had to try to stop him doing what he does best. However, the Norwegians are no one-man team with Arsenal skipper Martin Odegaard, Real Sociedad’s on-loan RB Leipzig striker Alexander Sorloth and Celta Vigo’s Jorgen Strand Larsen also among their squad.