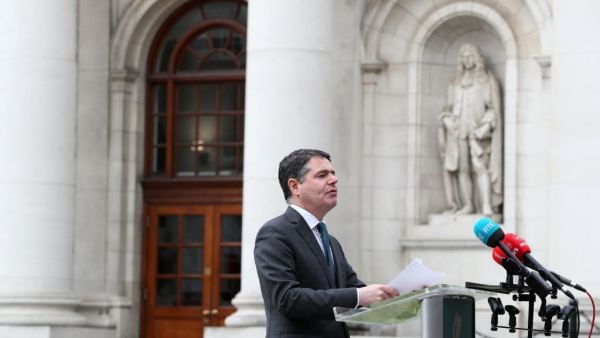 Ireland’s fiscal watchdog has said a series of contentious new taxes is one way to help wean Ireland off relying on corporation taxes and to address its aging population.

In September, the Commission on Taxation and Welfare proposed “substantial” increases in land and property taxes, VAT hikes, congestion charges in urban areas, and the phasing out of relief on private health insurance premiums.

The Commission also said it is “convinced” that revenues from tax and Pay Related Social Insurance (PRSI) “will have to increase materially over the coming years” to pay for age-related expenditure and other “vulnerabilities”.

The commission deemed Ireland’s tax on property and wealth as low in its report.

The Government is considering the recommendations of the report.

The “broad-brush” assessment, published by the Irish Fiscal Advisory Council, found that if all the tax changes recommended were implemented, it would increase revenues by around 5.3 per cent of the national income.

It found that greater gains could be made “if Ireland were to align with EU norms in terms of the net effect of raising both income tax and PRSI combined, it would increase revenues by about 3.3 percentage points of GNI (Gross National Income)”.

This could raise above 8 percentage points of national income if taxes were increased to the higher end of what other EU countries raise, it said.

The analytical note also suggests instead of raising taxes, the government could reduce public spending. “One choice could be to target a broadly revenue-raising approach. Another could be to reassess existing spending commitments.

“In this respect, the Government should develop the annual spending reviews into a more comprehensive spending review process with clearer direction on what adjustments could be made to various areas of spending.

“This would include assessing whether or not certain public services are still relevant, with a view to generating savings.”

The Council warned of the challenges that the Irish State is expected to face in the coming years: falling taxes on vehicles and fuels; a rise in the aging population; and possible problems on Ireland’s reliance on “unreliable and excess” corporate tax.

The note estimates that excess corporation tax receipts are estimated by the Department of Finance at around 3.5 per cent of the national income and that the scale of potential revenues exposed to climate change policies is of the order of 2.8 per cent.

The author of the note, Chief Economist at the Fiscal Council Eddie Casey, said that “a broader debate” was needed about the “major choices” on how Ireland’s taxes should be spread.

“Whatever choices are made, large pressures are coming. We need to ensure that the public finances are managed soundly to preserve Ireland’s economic stability,” he said.

The note also calls for the government to publish information in relation to pensions, and on areas where various capital gains taxes may apply, such as on people’s principal private residences and on other assets when they die.

“The Government should prioritise addressing these and other data gaps to better inform its decision making. To assess their wider economic impact, the Government should publish an assessment of the fiscal implications of the main policy options set out by the Commission,” the note said.