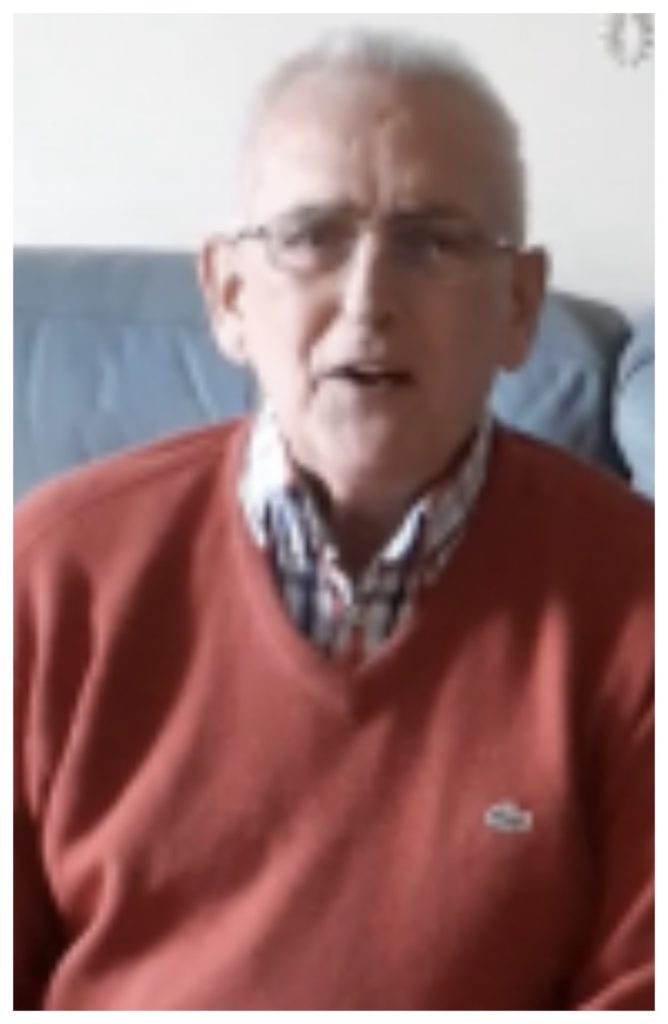 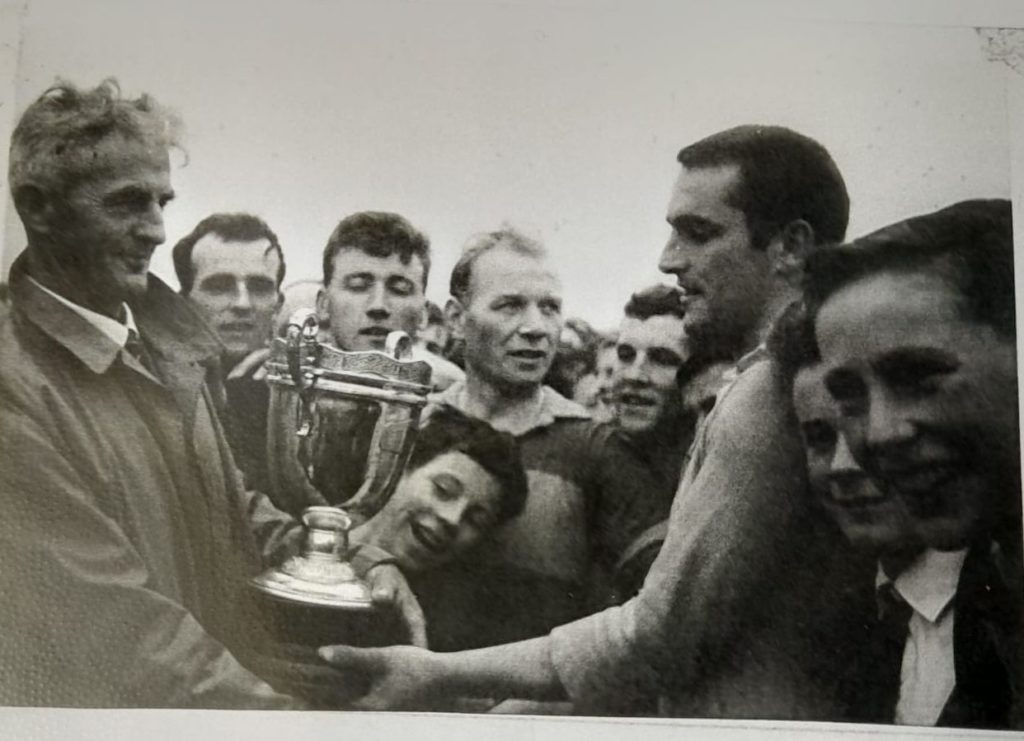 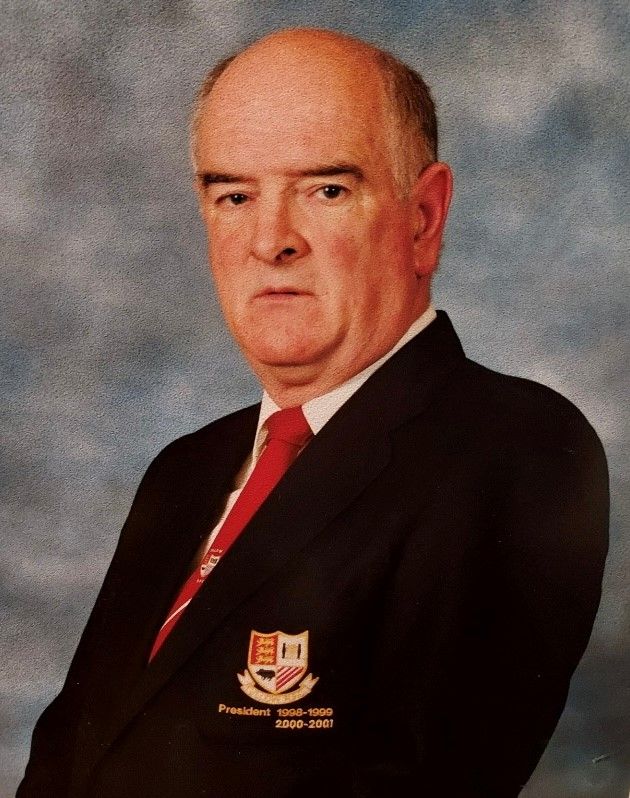 THERE has been a deep sense of sadness in the Tullow area following the deaths, within a day of each other, of two stalwarts of Tullow football, Joe (Josser) Nolan and Evan Fitzgerald.

Joe Nolan, ‘Mount Close’, Leighlin Road, Graiguecullen, Carlow passed away peacefully on Wednesday 9 November at the District Hospital, aged 83. Joe had been in failing health over the final 14 months of his life and spent five weeks in St Luke’s Hospital, Kilkenny before being admitted to the District Hospital.

Joe Nolan was an outstanding goalkeeper for club and county in a lengthy career covering the late 1950s and throughout the 1960s. He was No 1 for Tullow as they prevailed in three county senior finals – 1959, 1963 and 1964.

‘Josser’ was something of an automatic pick as goalkeeper on Carlow’s Football Team of the Millenium.

Evan Fitzgerald was a colleague of Joe’s, playing centrefield on a Tullow team that won back-to-back Carlow senior football championships in 1963-64 and which completed the league championship double in 1963. Evan, who attended St Mary’s College, Knockbeg, was always a strong presence in midfield for the blue and gold of Tullow and also had a number of outings ‘i lár no páirce’ at senior county level for Carlow, at a time when the Barrowsiders were playing at a high National League level. He always put in a big shift when lining out for club or county.

Joe Nolan and Evan Fitzgerald were part of the 1966 county final between Tullow and Kildavin, which ended in a 1-7 draw – the title was subsequently awarded to Kildavin in the boardroom.

Joe was last line of defence when Tullow won a first Carlow SFC title since 1916 when defeating Kildavin 3-11 to 1-3 in the 1959 final. Among the other notable Tullow players of that time were the late Bill ‘Buller’ Canavan, Nixie Jackman, his late brothers Luke and Pat, Mick Donovan and Pat Brophy.

In 1963, Tullow scored a comprehensive county final win over Clonmore (5-8 to 0-5) and the Slaneysiders prevailed in the final of 1964 over St Vincent’s (Kildavin) by 2-8 to 1-5 in a replay, after the sides were deadlocked 2-6 apiece the first day.

That was a special day for Joe, as he was captain of the Tullow team.

It is a sad coincidence that Joe and Evan have left us so close together, but perhaps not so surprising when one considers they were reared as neighbours in Mill Street, Tullow.

They were bound together in life not only for their involvement with Tullow and Carlow county teams but in the annual get-together of Carlow GAA footballers and hurlers from yesteryear. This took the form of a dinner in the Tara Arms Hotel, Tullow. The function was instituted some years ago by Evan and he and Joe carried it on, with ‘Josser’ looking after the finances of the dinner in latter years.

Joe Nolan reposed at home on Friday afternoon, with removal of his remains to St Clare’s Church, Graiguecullen on Saturday morning, where his funeral Mass was celebrated by Fr John Dunphy, PP, Graiguecullen-Killeshin, assisted by Fr Tommy Dillon, CC, Askea. In a homily, Fr Tommy, a native of Grange, spoke of a friendship with ‘Josser’ that went back to their school days in Tullow.

The No 1 Tullow and Carlow county jerseys were placed on Joe’s coffin and guards of honour were provided by St Patrick’s GFC and Carlow County Board. Following Mass, a cremation ceremony was held at Newland Cross Crematorium.

Evan Fitzgerald reposed at Byrne’s Funeral Home, Station Road, Carlow on Friday afternoon, following which his remains were removed to the Church of the Most Holy Rosary, Tullow, via Castlemore.

In a homily, Fr Maguire spoke in high praise of the many great qualities Evan brought to his life, noting he had been honoured with the Hall of Fame Award from St Patrick’s GFC.

Before his remains were removed from the church, a Tullow rugby jersey was placed on Evan’s coffin. Evan served for four years as president of Tullow RFC.

He is also survived by his brothers-in-law, sisters-in-law, extended family and many friends.

Evan was predeceased by his sisters Attracta and Caroline and brother Jimmy.