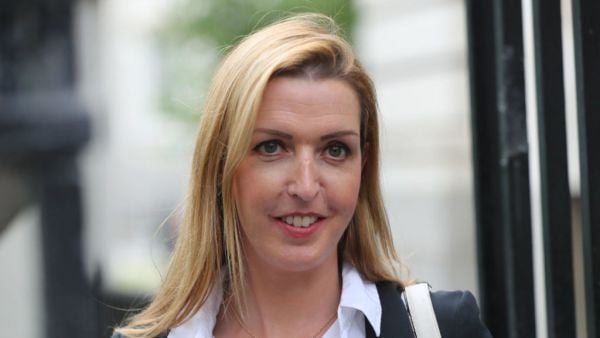 TDs stood for a minute’s silence in memory of the women’s health advocate in the Dáil on Tuesday after paying tribute to her.

Ms Phelan died on Monday aged 48 after a long battle with cervical cancer.

The Limerick mother of two previously said she did not want to be eulogised and was not seeking false promises and what she wanted was action.

Taoiseach Micheál Martin said it was a mark of the woman that even though her life was a “catalyst” for so much, she “wanted action, and she did not want it to be about her alone”.

“She’s a woman of extraordinary bravery, integrity and generosity of spirit. And I’m confident that very few people would be able to summon the poise, determination, courage and compassion that she showed in her battle, not just with cancer, but also with the system that failed her and so many others so dismally.

“Her decision to reject the demand for confidentiality in a court settlement. She opened the door to truth for hundreds of other women. Empowered the generation of people to demand better and force the fundamental re-evaluation of the nation’s crucially important CC programme.”

He said her passion for the principle of full public disclosure in the area of public health has ensured that it is “front and centre” as the legislation makes progress through the Houses of the Oireachtas.

The Taoiseach said the Patient Safety Bill, which would give patients the right to their health records, should be approved by the Dáil before the end of the year.

Leo Varadkar said Ms Phelan was one of the “most impressive” people he had ever met.

“There was something about her that was hard to define,” the Tánaiste said.

“She is an example to us all, a woman of limitless strength, courage and compassion.

“Without Vicky, the cervical check non-disclosure debacle would never have come to light. And thanks to her advocacy, we can start to build a better culture and our health service, one that treats patients with respect.”

Mr Varadkar reiterated the apology he made as taoiseach to the women and their loved ones who were “hurt by the failures in how cervical screening operated in Ireland”.

Tourism Minister Catherine Martin told the Dáil: “Vicky Phelan was and will remain known as a tireless fighter for women, as a courageous mother, a fearless CervicalCheck campaigner and someone whose generosity of spirit captured the whole nation.

“The mother of two’s refusal to sign a confidentiality clause and her court action over misread smear tests ultimately exposed what was a system failure of CervicalCheck.

“Vicky’s battle took a huge personal toll. But that was born with steadfast and unwavering commitment to the truth. In finding that truth Vicky has done a great service to all women in this country.

“I don’t think it is possible yet to fully grasp the scale of her contribution to our society.”

Sinn Féin leader Mary Lou McDonald told the Dail Ms Phelan’s life had been stolen by a vicious disease and by the “profound failures of the State, of Government and of the HSE”.

“Ireland has lost one of its brightest stars in the firmament of noble women. Ireland must not forget, Ireland must change,” Mrs McDonald said.

“Safe healthcare, respectful healthcare for Mna na hEireann, and that was Vicky’s battle cry. Let it echo from the rooftops.”

But she said more is needed.

“She was an inspiration to us all, but it is our responsibility to ensure that her legacy does more than just inspire us, that it also feeds further into more actions that need to be taken.”