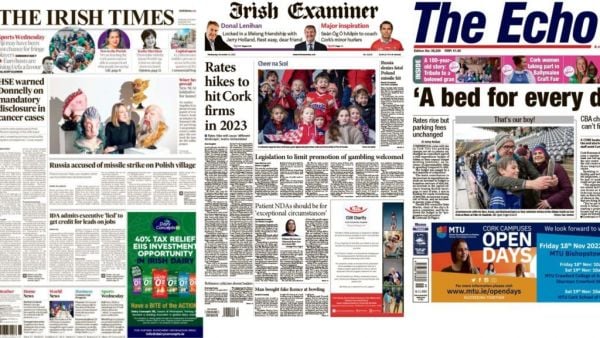 Wednesday’s front pages focus on a range of stories from the HSE warning the Minister for Health about mandatory open disclosure to businesses dealing with rising costs as well as an accommodation crisis. 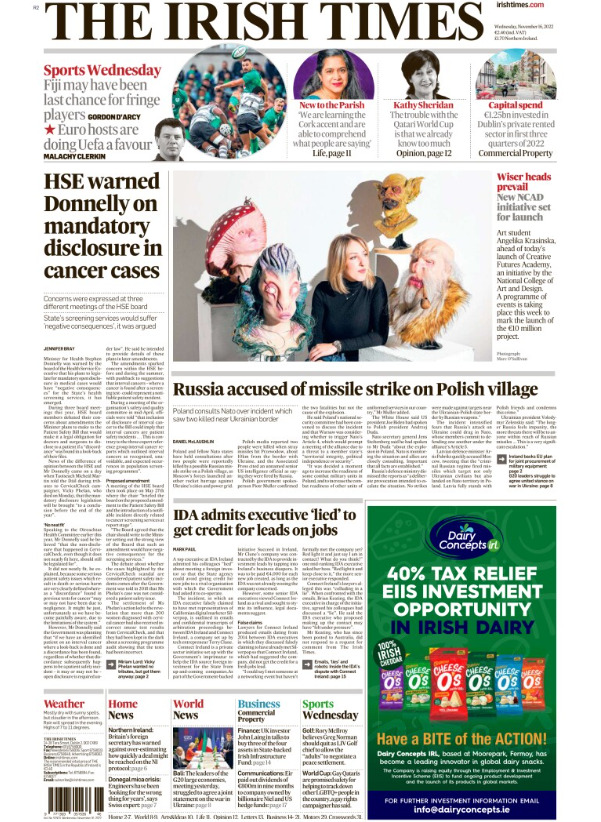 The Irish Examiner focus on local authority rate hikes being “another nail in the coffin” for already struggling businesses in Cork, which could make many unviable. 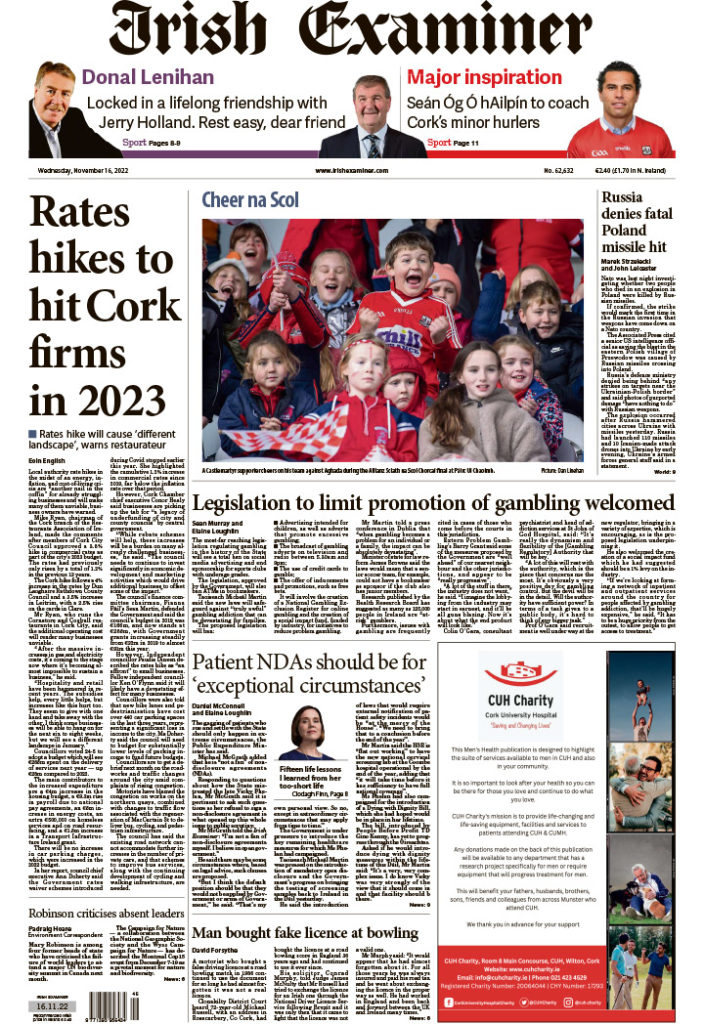 The Echo also focus on local businesses but how the accommodation crisis is affecting many workers who cannot find places to live. 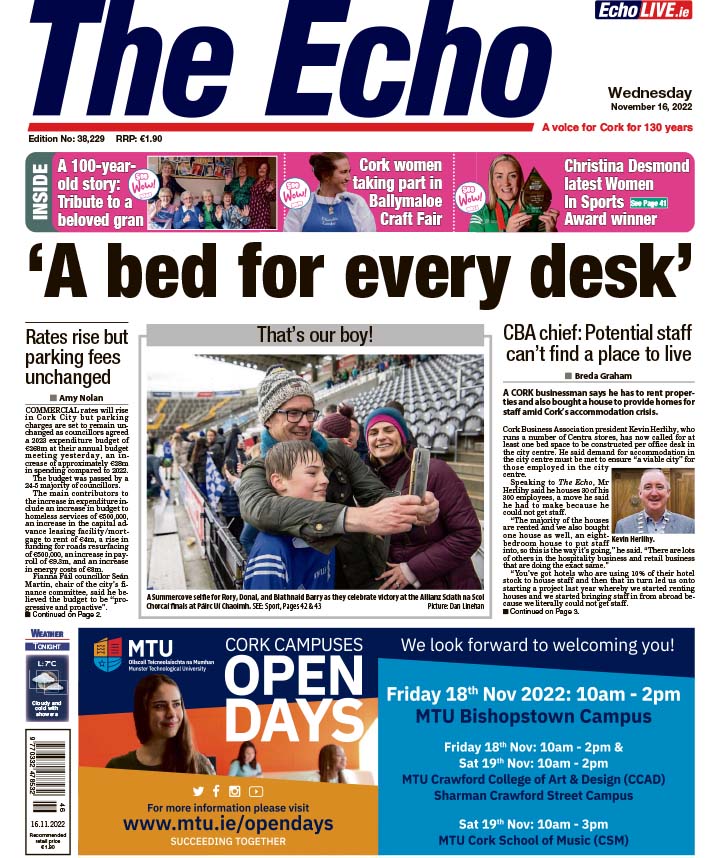 The Irish Daily Mail focus on comments from the Irish Fiscal Advisory Council who say the failure of the Government to put in a five-year plan could lead to spiralling costs. 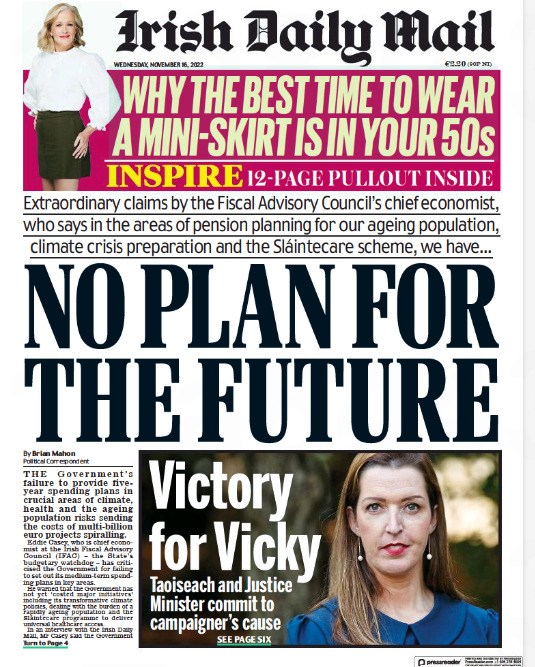 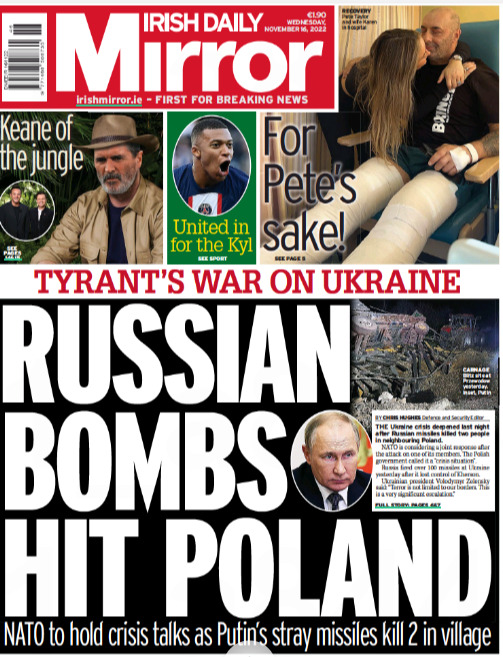 Meanwhile, in the UK the war in Ukraine spilling over into a NATO country is dominating the Wednesday papers.

The missile, which landed in Poland’s east and resulted in two deaths, is front page of Metro, the i, The Independent and The Times.

Our front page tomorrow @Independent #TomorrowsPapersToday @Beltrew on the Poland missile row and @SaphoraSmith on what the world’s growing population means for the planet plus @AndyWoodcock from the #g20 on Sunak and China pic.twitter.com/aJOq5ImFhY

The story is also carried by The Daily Telegraph, the Daily Mirror and The Guardian.

Elsewhere, the Daily Express front features a coroner’s report into the death of a two-year-old boy which found it was a result of mould exposure in his home.

The Financial Times leads on a plea from the UK Prime Minister for “bosses to curb their pay and look after staff”.

The Daily Mail reports universities have been told to “decolonise” maths and computing.

And the Daily Star writes English football players in Qatar for the World Cup have been kept awake by camels outside their hotel.

You might have the hump about Wednesday’s front page 🐪😂https://t.co/Z6B0ZLskSw pic.twitter.com/Gh6khewZ2C