World Cup: All you need to know on the teams, fixtures and even the local laws of Qatar 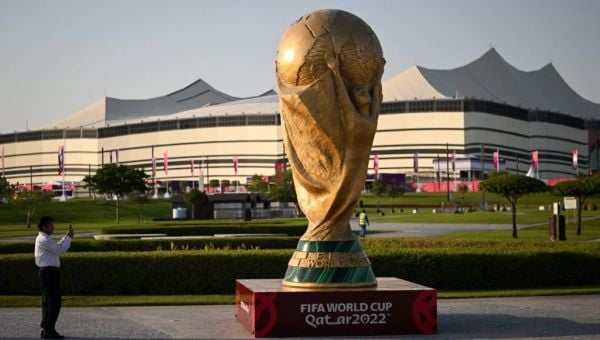 The 2022 World Cup kicks off in Qatar on Sunday, November 20th, with the hosts facing Ecuador to get proceedings underway.

The tournament has been mired in controversy, with fears raised over player welfare, the safety of visiting fans, and allegations of corruption.

Qatar was chosen as the host for the 2022 World Cup back in 2010, seeing off similar bids from the US, South Korea, Japan and Australia.

The decision was widely criticised due to Qatar’s poor human rights’ record and unsuitability for a summer tournament, raising allegations of corruption within Fifa.

On the weather front, due to the extreme summer temperatures in Qatar, a decision was made to hold the tournament later in the year, making it the first ever World Cup to be held outside the normal June-August window.

The tournament’s games will be played across eight stadia, six of which have a capacity of 40,000. 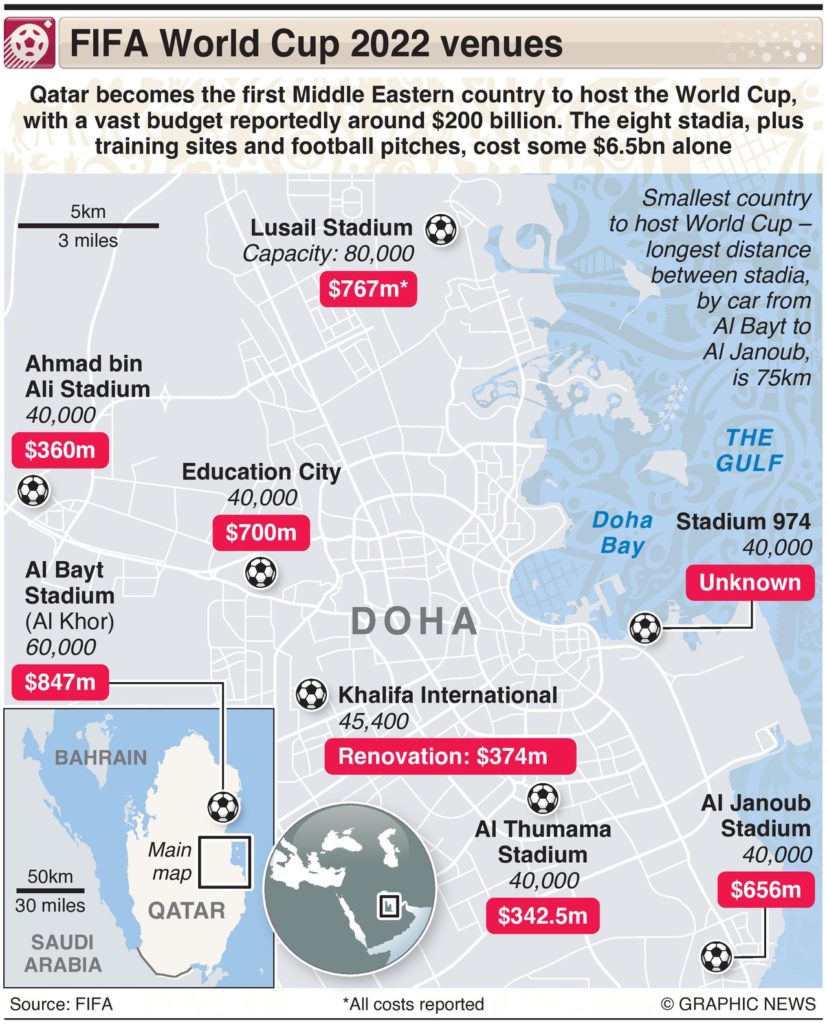 The opening ceremony and fixture (Qatar v Ecuador) will be held at Al Bayt Stadium, which has a capacity of 60,000, while Lusail Stadium will host the final, holding 80,000 fans.

Fifa is yet to confirm the line-up for the opening ceremony, with Robbie Williams and K-Pop star Jung Kook expected to feature. However, Dua Lipa recently responded to speculation that she would be performing, stating: “I will not be performing and nor have I ever been involved in any negotiation to perform.”

The singer pointedly added: “I look forward to visiting Qatar when it has fulfilled all the human rights pledges it made when it won the right to host the World Cup.” 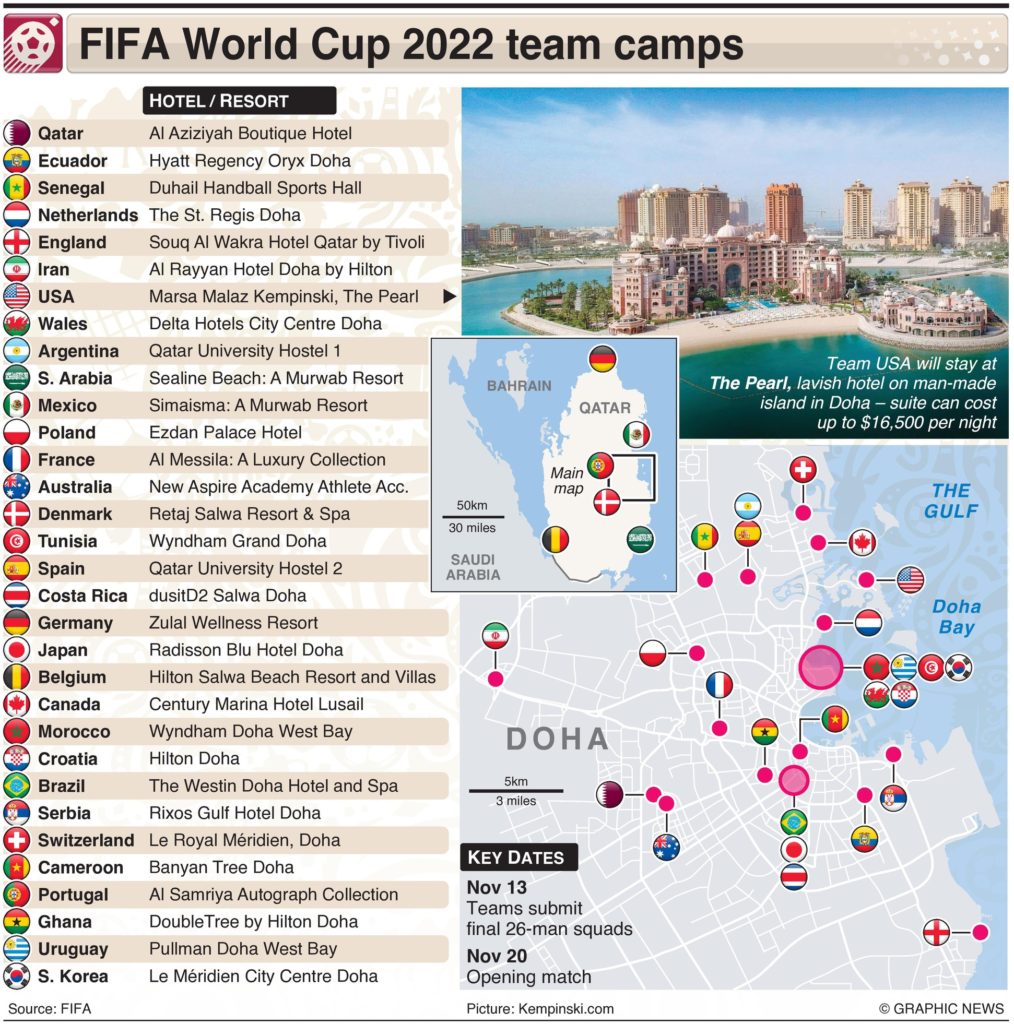 Qatar is a small state on a peninsula in the Persian Gulf, bordered by Saudi Arabia. Doha is the capital city and accounts for the vast majority of the country’s population.

At just over 11,500 square kilometres, the entire country is smaller than Northern Ireland.

Arabic is the official language, however English is widely spoken, and the country’s currency is the Qatari riyal.

In terms of time difference, Qatar is three hours ahead of Ireland. 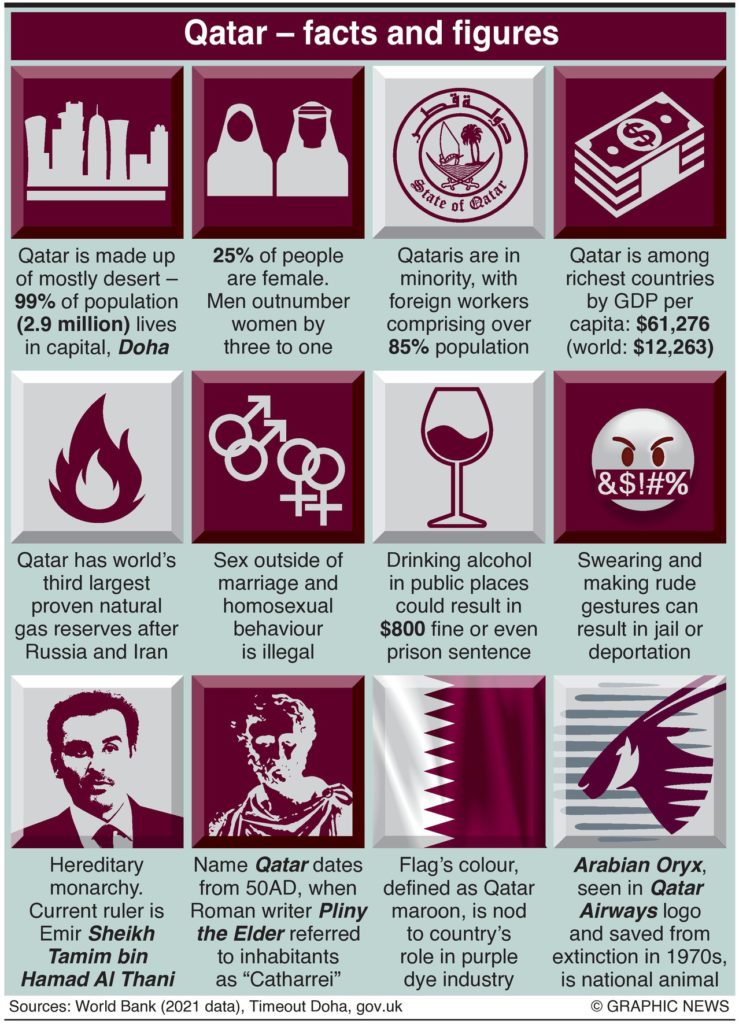 Who’s playing where and when

Below is an interactive calendar showing the dates, times (shown in Irish time) and results of all the fixtures in the tournament.

Thirty-two teams from around the world will compete in this year’s World Cup, bringing together household names and up-and-coming stars alike.

While some countries and their players need no introductions, Qatar will also welcome a number of World Cup debutants, be they individual players or entire teams.

Below you can see each country’s team sheet, past world cup record, and more.

Groups, fixtures and players to watch

South American heavyweights Brazil, the only country to appear in every World Cup to date, are current favourites and should ease out of Group G.

Second favourites with the bookies to win is Brazil’s neighbours Argentina, who will bide their time in Group C, while reigning champions France are third favourites and will need to get out of Group D if they are to defend their title.

Although well-known faces like Cristiano Ronaldo, Neymar and Lionel Messi will be on hand for Portugal, Brazil and Argentina respectively, England’s Harry Kane and France’s Kylian Mbappe are being touted as the ones to watch for the Golden Boot award (top goalscorer of the tournament).

While there’s no clear ‘group of death’ this time around, Group E’s pairing of Spain and Germany could bring some early excitement, while England’s meeting with Wales in Group B will divide loyalties on the other side of the Irish Sea. 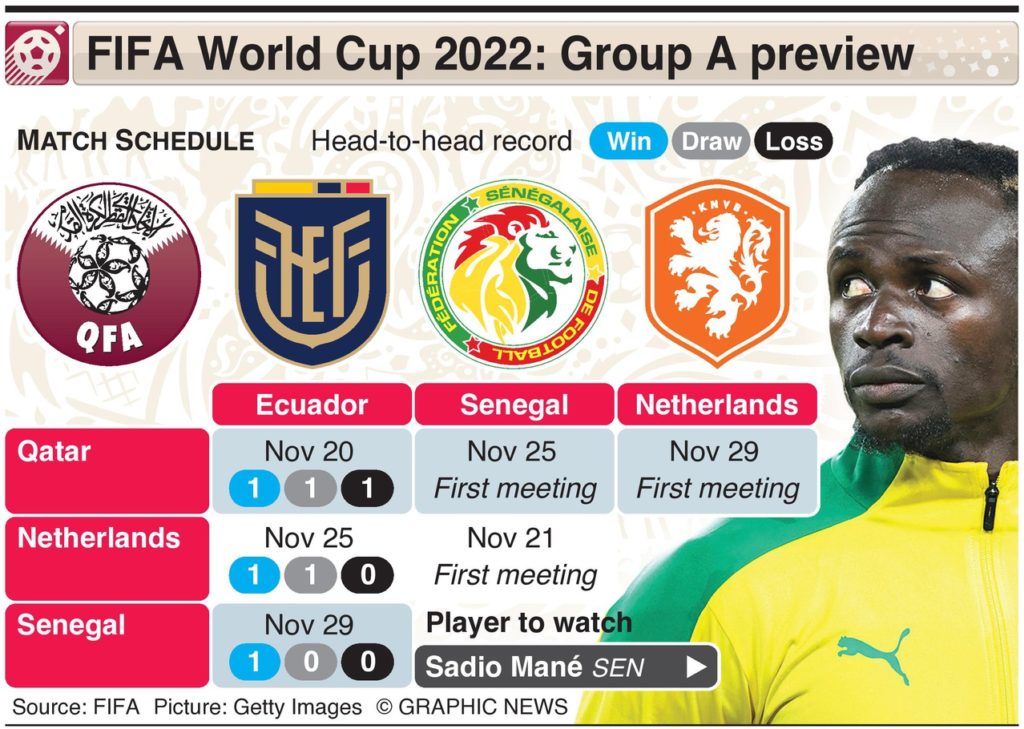 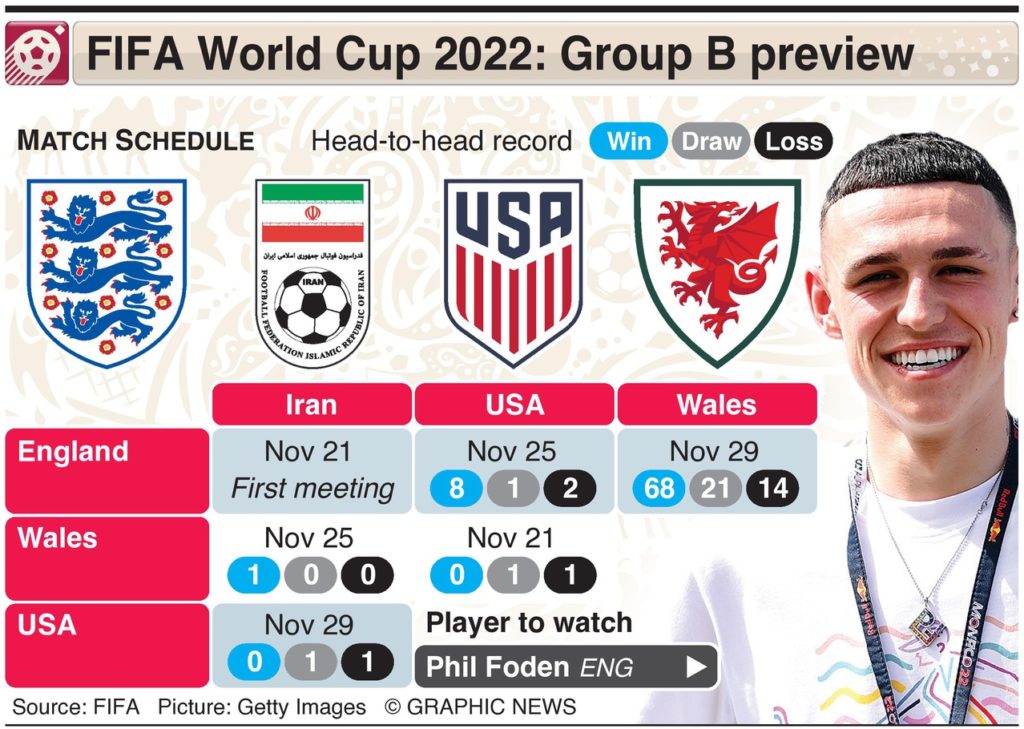 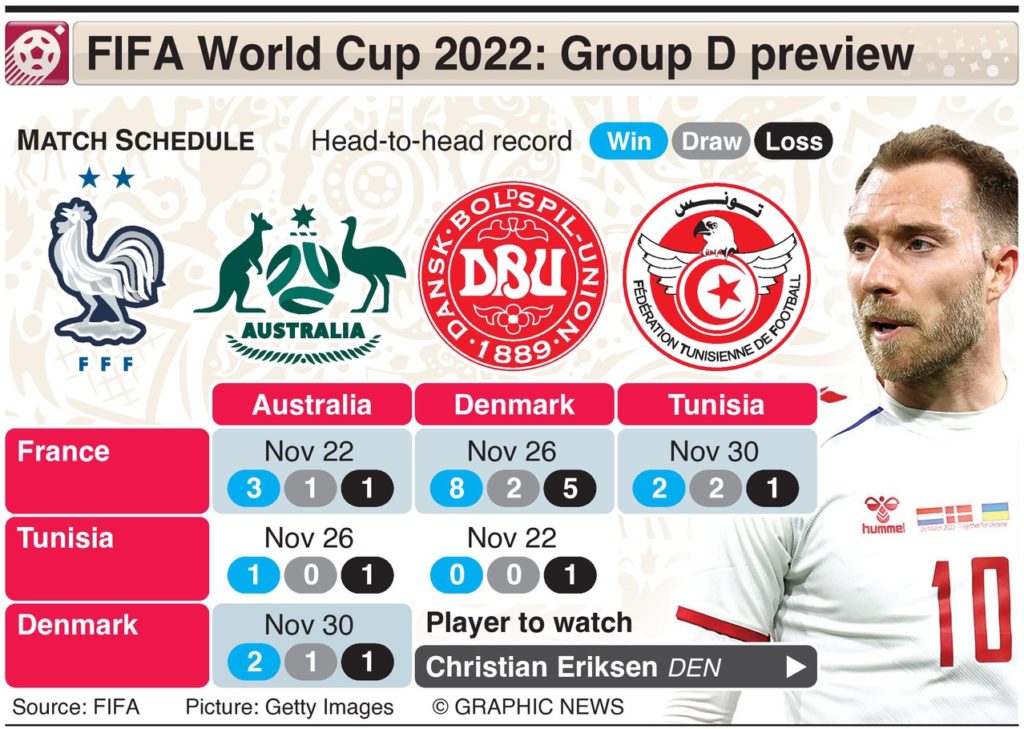 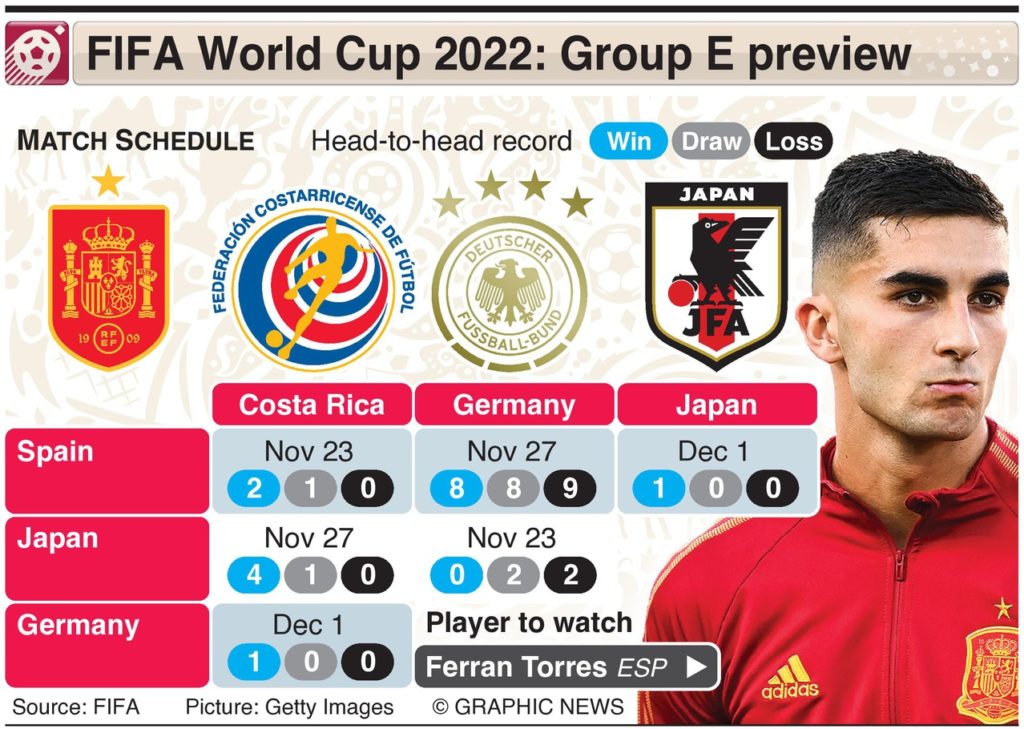 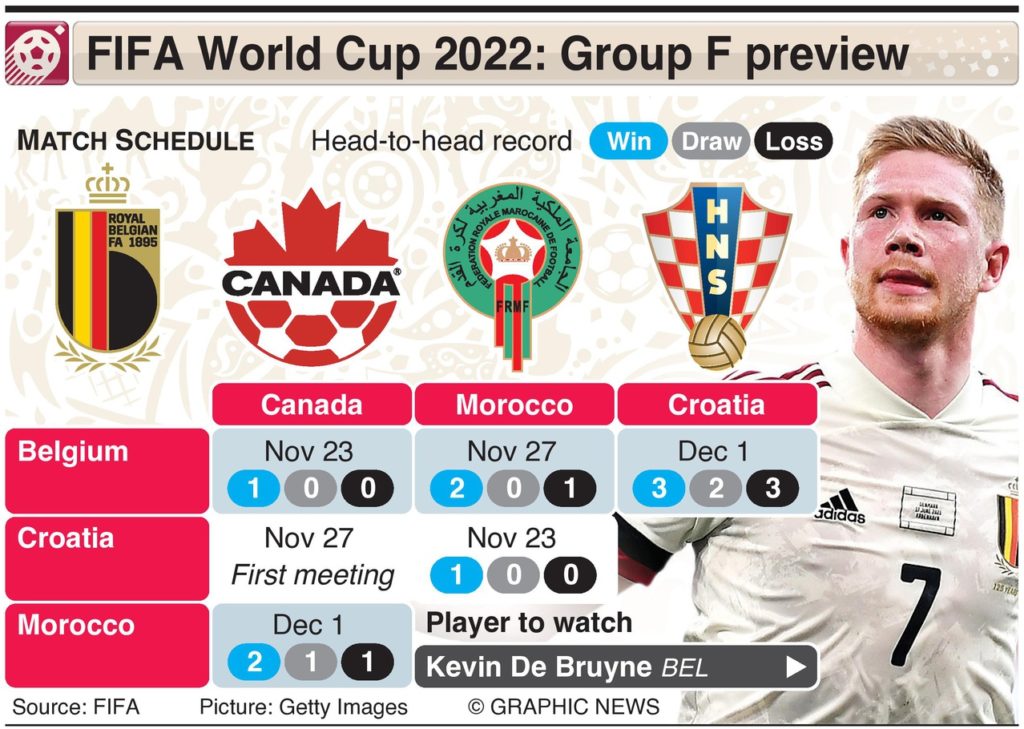 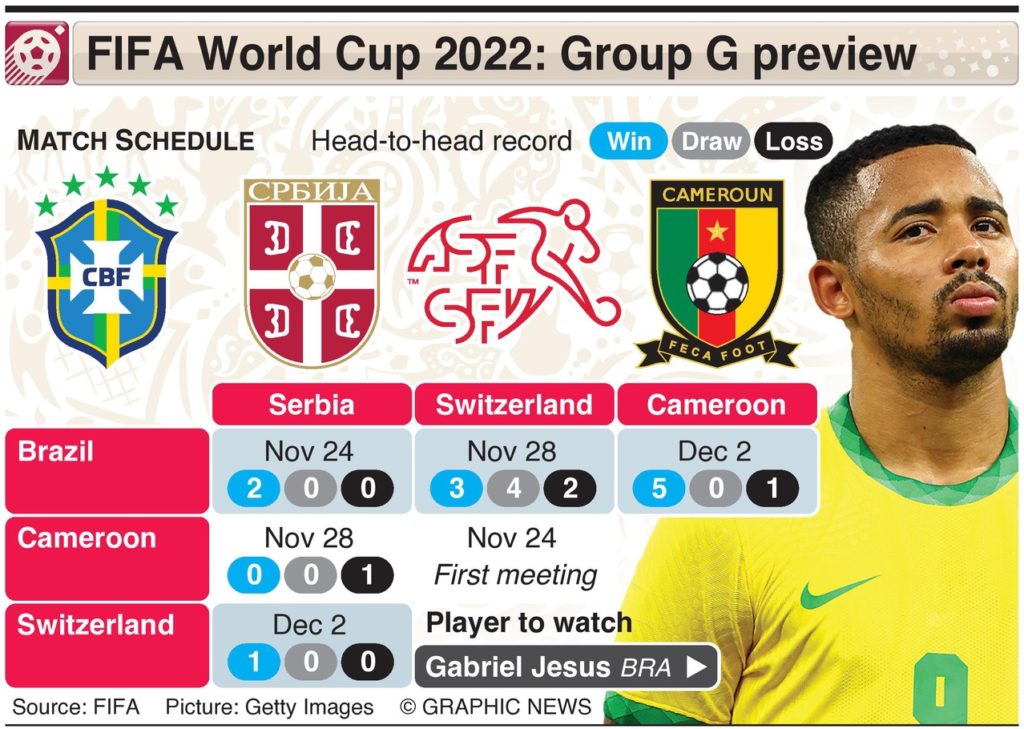 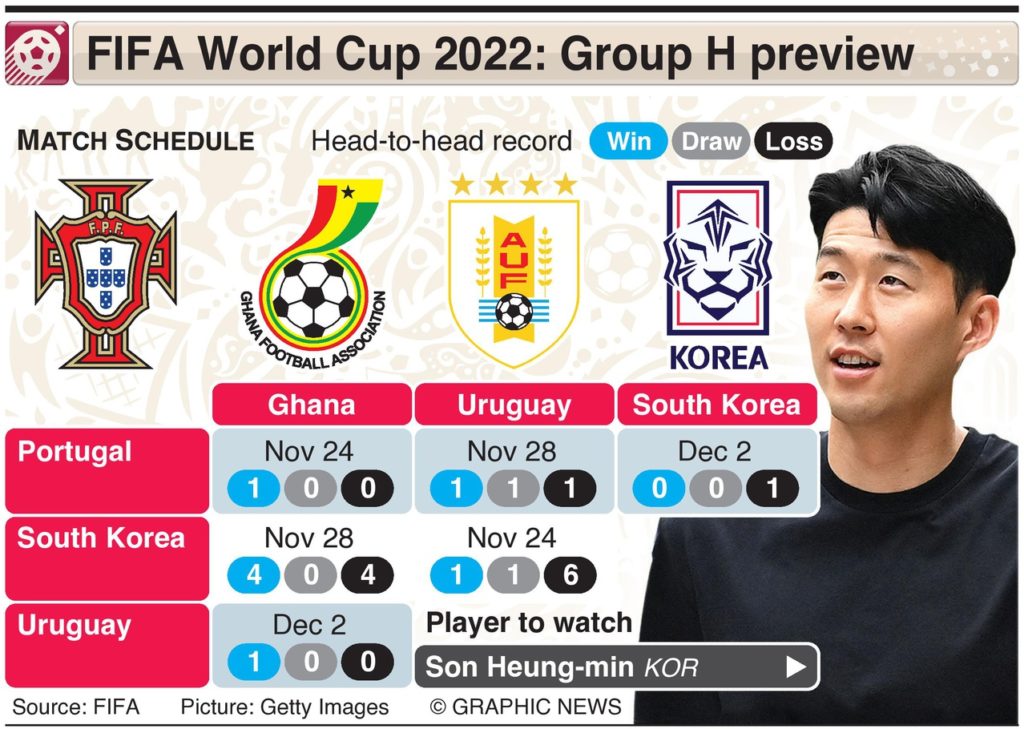 For viewers in Ireland, RTÉ have confirmed it will provide coverage of all 64 games in the tournament across RTÉ Two, the RTÉ News channel and the RTÉ Player.

In addition to the live games, RTÉ will also provide match highlights and previews throughout the tournament.

RTÉ soccer correspondent Tony O’Donohoe will be on the ground in Qatar, while Joanne Cantwell, Clare MacNamara and Peter Collins will present the coverage from back at base, joined by panellists including Shay Givan, Damien Duff and Didi Hamann.