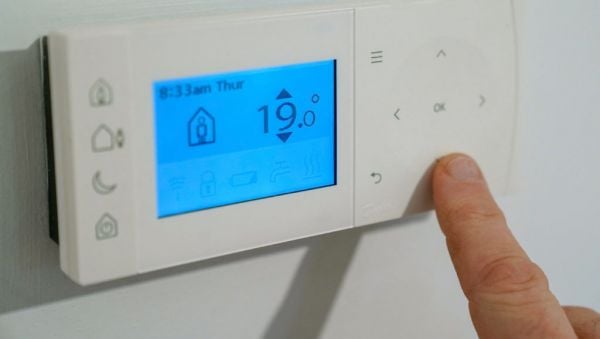 All households in Northern Ireland are to receive a £200 (€228) payment to help with spiralling energy costs, British chancellor Jeremy Hunt has announced in his autumn statement.

The payment has doubled from the £100 (€114) previously announced by the UK government, which was only for home heating oil customers.

He also said that £2 million (€2.3 million) of funding would be made available for a trade and investment event to take place in Northern Ireland next year.

The UK government had previously announced the £100 payment to home heating oil customers to help with energy costs, but it was widely criticised by Northern Ireland political parties as not generous enough.

Mr Hunt has now confirmed that payment will double and will be paid to all households.

Around two-thirds of homes in Northern Ireland are heated by oil, a much higher proportion than the rest of the UK.

The £200 payment, which will be made as a credit to electricity accounts, is in addition to the separate £400 energy support payments which had also previously been announced.

No details have been released so far on when either payment will be made.

Mr Hunt said the trade and investment event he had announced in his autumn statement would “showcase Northern Ireland as an attractive and vibrant place to do business and help drive new international mobile investment into its economy”.

The chancellor also said funding for the UK’s nine Catapult innovation centres would increase by 35 per cent, including the centre in Northern Ireland.

Mr Hunt said: “The UK Government is funding the Northern Ireland Executive to increase pensions and benefits in line with inflation next year.

“We are also providing a further £650 million in additional funding to the Northern Ireland Executive over the next two years, to support households, businesses and public services through the challenging times ahead.

“Difficult decisions have been made, but we are ensuring the most vulnerable people are protected in the face of the rising cost of living.

“In the absence of devolved government, we will continue to work closely with our colleagues in the Department of Finance to ensure this money reaches those who need it most, but I would reiterate calls for this support to be delivered alongside a functioning executive.”

The measures introduced by Chancellor @Jeremy_Hunt today underlines our strong commitment to provide much needed relief for ongoing cost of living pressures and high energy prices, which are affecting citizens across Northern Ireland and the United Kingdom. 1/2 https://t.co/MJwW64avo7

“The difficult but necessary decisions will restore confidence and economic stability, balance the books, and achieve long-term sustainable growth.

“The fiscal and economic challenges faced by the UK are further compounded in Northern Ireland, with the current lack of locally accountable leadership.

“Despite receiving the biggest funding allocation since devolution began, decisions made by outgoing ministers have left a £660 million black hole in the Executive’s finances.

“In the absence of a functioning executive, my department remains committed to closing the gap in public funding and protecting the ongoing delivery of vital frontline services, but this is an unsustainable situation that I want to see resolved by the restoration of local leadership as soon as possible.”