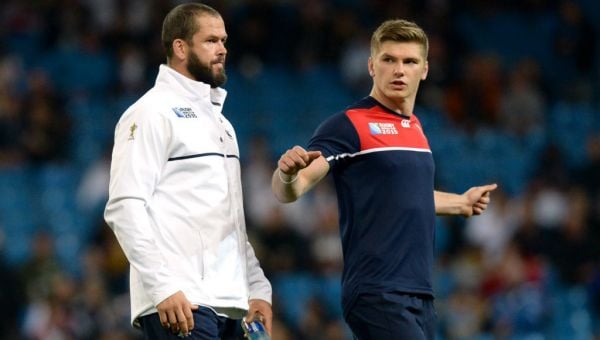 Ireland head coach Andy Farrell says he is “bursting with pride” ahead of son Owen winning his 100th cap for England.

Farrell junior is poised to join Jason Leonard and Ben Youngs on England’s exclusive list of male Test centurions when he captains his country against New Zealand on Saturday evening.

Father Andy is unable to be at Twickenham for the milestone occasion as his Irish side host Australia later in the day.

With Owen Farrell set to earn his 100th England cap this weekend, get involved as we celebrate his achievements in an England shirt using the hashtag #Faz100 🌹 pic.twitter.com/BXSFKrLlES

The 47-year-old, who hopes to attend England’s clash with world champions South Africa next weekend, expects Owen to be fully immersed in taking on the All Blacks before reflecting on the feat the following day.

“You know the sacrifice that’s gone into a career and anyone who gets up to 100 caps, they’ve shown mental strength, physical strength and resilience in both of those as well,” said Farrell senior.

“Then you add him being my son, it’s pretty special for parents.

“I know for myself that when I’m coaching against Owen or working with him, it’s just work.

“We are – as parents, as a family – bursting with pride with what he’s achieved.

“But having said that I see he’s got his press done early in the week so he can get back down to work and I’m sure he’ll think long and hard about what he’s achieved on Sunday.”

Farrell senior is a big advocate of celebrating landmark appearances and makes a considered effort of involving families in ceremonies to mark such occasions.

He has already had three Ireland centurions during his reign after scrum-half Conor Murray joined captain Johnny Sexton and prop Cian Healy in that category a fortnight ago, while Leinster lock Joe McCarthy is poised to become the 30th debutant of his tenure having been included on the bench against the Wallabies.

Asked when he first realised Owen was a special talent, Andy replied: “I don’t know. His strength is like every person who gets to these type of milestones, his strength is he never think he’s that type of player that you’re talking about.

“You speak to Johnny, you speak to Conor, they would tell you exactly the same.

“They want to prove their self worth as a team-mate and as a player every single week and that’s why they stay right at the top through all the ups and downs.”