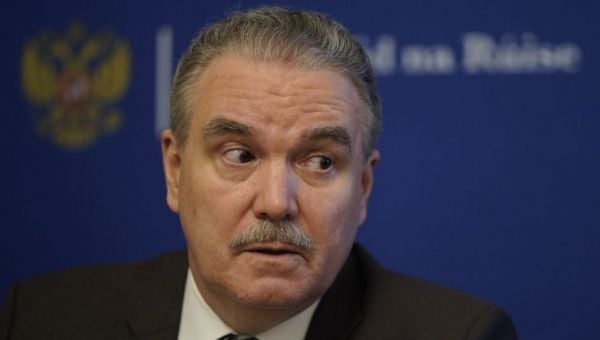 The Russian ambassador to Ireland has been summoned to a meeting with the Department of Foreign Affairs following the banning of 52 Irish politicians and officials by Moscow.

Minister for Foreign Affairs Simon Coveney, who is currently in the United States, summoned ambassador Yury Filatov to Iveagh House on Thursday. Mr Filatov will meet the secretary-general of the Department of Foreign Affairs.

The Government has confirmed it has not yet received a full list of the Irish politicians and officials sanctioned by Russia.

According to the Irish Examiner, Taoiseach Micheál Martin said the Government would not be deflected by Russia’s actions and propaganda.

“Russian propaganda continues with their announcement of sanctions against Irish politicians. We will not be deflected by their actions. The situation is serious with the ongoing bombing of civilians and energy infrastructure in Ukraine,” he told the Fianna Fáil parliamentary party meeting on Wednesday night.

The Taoiseach, Tánaiste Leo Varadkar, Mr Coveney, and Minister for Finance Paschal Donohoe, as well as a number of other key officials and politicians, are among those to have been sanctioned.

Ireland has joined EU sanctions against Russia over its February 24th invasion of Ukraine and both countries have expelled some of each other’s diplomats.

Moscow also demanded an apology in March after a man drove a lorry through the gates of its Dublin embassy to protest against the war.