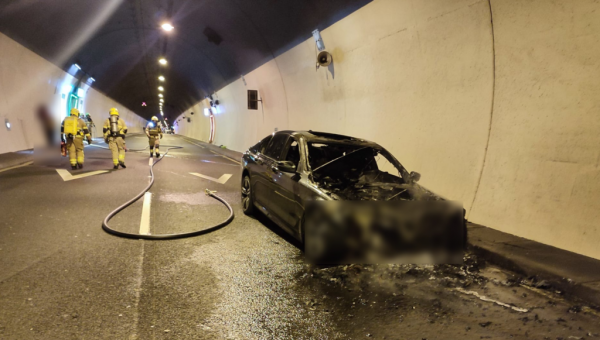 The Port Tunnel in Dublin has reopened to traffic in both directions after a vehicle caught fire in the tunnel’s south bore.

Shortly after midday, Dublin Fire Brigade confirmed crews were at the scene and firefighting operations were taking place from the north bore, necessitating the closure of the tunnel in both directions.

Firefighters have responded to reports of a vehicle fire in the South bore of @DublinTunnel.

Firefighting operations are taking place from the North bore so the Dublin Tunnel is currently closed in both directions.

Gardaí and other emergency serivces also attended the scene.

Although both bores have now reopened, only one of the southbound lanes is in operation, with drivers warned to expect delays.