End of the road for Mick Schumacher at Haas 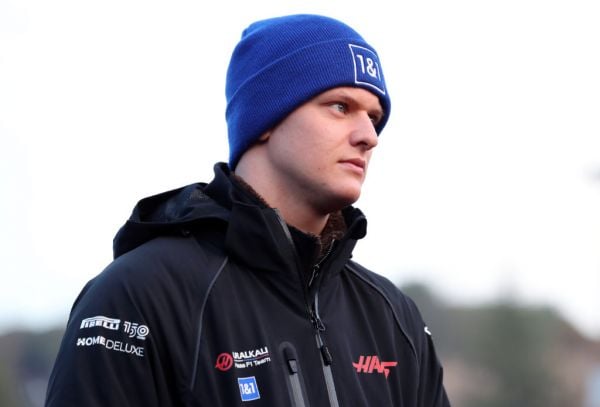 Mick Schumacher is facing a fight to save his Formula One career after being dropped by Haas.

The son of the seven-time world champion Michael Schumacher will be replaced by Nico Hulkenberg next year.

Hulkenberg (35) has been without a full-time seat on the grid since 2019, but following a number of substitute appearances in recent seasons, will team up with Kevin Magnussen in 2023.

Haas F1 Team and Mick Schumacher will part ways at the conclusion of the 2022 FIA Formula 1 World Championship.

We would like to thank Mick for his contribution to the team over the past two seasons.#HaasF1 https://t.co/zl9xHl37io

Schumacher (23) followed in his father’s footsteps by landing an F1 drive in 2021. However, Haas has decided to part company with the German, 16th in the standings and 13 points adrift of team-mate Magnussen, after this weekend’s concluding round in Abu Dhabi.

“This is going to be my last race with Haas,” said Schumacher. “I don’t want to hide the fact that I am very disappointed about the decision not to renew our contract.

“Nevertheless, I would like to thank both Haas and Ferrari for giving me this opportunity. Those years together have helped me to mature both technically and personally. And especially when things got difficult, I realised how much I love this sport.

“It was at times bumpy but I steadily improved, learned a lot and now know for sure that I deserve a place in Formula One. The subject is anything but closed for me. Setbacks only make you stronger.

“My fire burns for Formula One and I will fight hard to return to the starting grid.”

Haas’ announcement leaves only Williams to confirm their driver line-up for next season. American Logan Sargeant is set to partner Alex Albon at Williams, providing he secures the required number of superlicense points.

Schumacher could be handed a reprieve by Mercedes as the team’s reserve driver. Toto Wolff admitted after last weekend’s Brazilian Grand Prix the door could be ajar as back-up to Lewis Hamilton and George Russell.

Very happy to move into a full-time drive with @HaasF1Team in 2023. I feel like I never really left Formula One and I am excited to get the opportunity to do what I love the most again. I want to thank Gene & Günther for their trust! pic.twitter.com/47cBbm1YJl

Schumacher’s father made his F1 comeback for Mercedes between 2010 and 2012, but McLaren driver Daniel Ricciardo is also in the running for the reserve role with the Silver Arrows.

Hulkenberg, who replaced a Covid-hit Sebastian Vettel for Aston Martin at the Bahrain and Saudi Grands Prix earlier this season, said: “I’m very happy to move into a full-time race seat with Haas F1 team in 2023 – I feel like I never really left Formula One.

“I’m excited to have the opportunity to do what I love the most again and want to thank [owner] Gene Haas and [team principal] Gunther Steiner for their trust.

“We have work ahead of us to be able to compete with all the other teams in the midfield, and I cannot wait to join that battle again.”