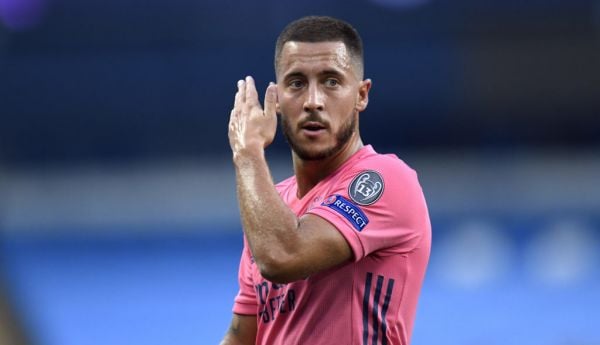 The Daily Express speculates Newcastle are hopeful of signing Eden Hazard after he admitted he could be leaving Real Madrid in the summer. The paper says the 31-year-old winger’s contract at the Santiago Bernabeu expires in 2024, but he could cut his “nightmare spell” in Spain short and return to the Premier League.

Chelsea are reportedly “closing in” on an agreement with midfielder Mason Mount for a new contract, the Daily Mail says. The paper writes that the 23-year-old has established himself as a key player at Stamford Bridge after breaking into the first-team in 2019 under Frank Lampard but has “reached a stalemate” with the Blues over a new deal.

Elsewhere, Sporting Lisbon chief Frederico Varandas has denied his club ever considered signing Cristiano Ronaldo amid rumours the Portuguese outfit were monitoring the Manchester United striker. The 37-year-old left the club back in 2003.

And the Daily Express writes, via Calcio Mercato, that Arsenal midfielder Charlie Patino is currently being tracked by Barcelona. The 19-year-old who is on loan at Blackpool will have his contract run out next summer.

Mykhaylo Mudryk could miss out on a dream move to the Premier League in January ❌https://t.co/paYestqwMW

Endrick: The Italian outlet Gazzetta reports the 16-year-old Palmeiras striker is preparing to move to a Champions League club after receiving much interest from a host of Europe’s top clubs as well as Chelsea.

Luis Diaz: Mundo Deportivo reports via 90min that Barcelona president Joan Laporta has said his club were interested in signing the 25-year-old Colombian forward before he joined Liverpool from Porto.