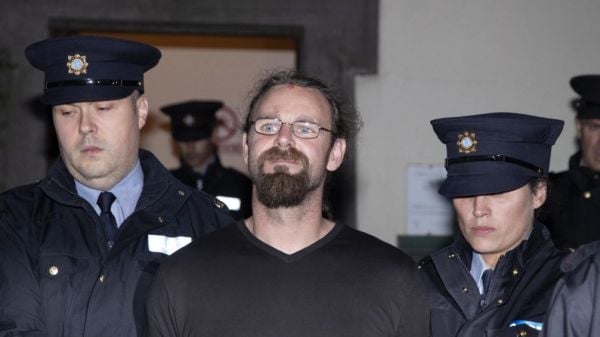 The jury in the trial of a motorbike mechanic accused of murdering Detective Garda Colm Horkan have been told on Thursday morning that they can return a majority verdict at the Central Criminal Court.

The jury, who have now begun their third day of deliberations, were informed by Mr Justice Paul McDermott that they no longer have to return a unanimous verdict in the trial of Stephen Silver (46), Aughavard, Foxford, Co Mayo, charged with the murder of Det Gda Horkan at Castlerea, Co Roscommon on June 17th, 2020.

“I told you to date that I could only accept a unanimous verdict, whatever it be. At a certain stage in the procedure, the law permits me to give you a majority charge, so I no longer have to confine myself to accepting a verdict that is unanimous. It must be no less than ten, so that can be ten to two or eleven to one, or you could still return a unanimous verdict,” Mr Justice McDermott told the jury of seven men and five women.

The accused has pleaded not guilty to the murder of Det Garda Horkan knowing or being reckless as to whether he was a member of An Garda Siochana acting in accordance with his duty. He pleaded guilty to manslaughter by reason of diminished responsibility.

Det Gda Horkan suffered eleven gunshot wounds after being shot with his own gun following a struggle with the accused. Defence for Mr Silver has claimed that he was suffering at the time from bipolar affective disorder, a mental illness that diminished his responsibility, and psychiatrist Dr Brenda Wright gave evidence to this effect during the trial. Professor Harry Kennedy, who was called by the prosecution, disagreed with Dr Wright and said that Mr Silver’s mental capacity was intact at the time of the killing.

The jury have now recommenced their deliberations.