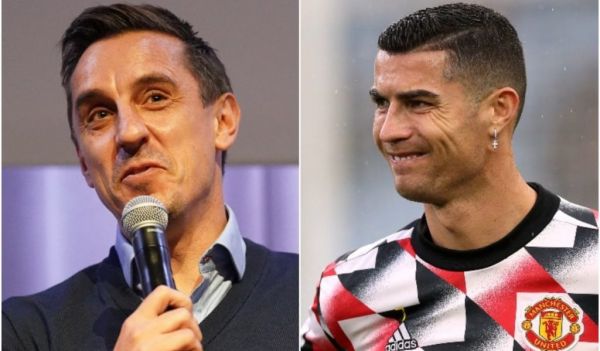 The Portugal forward said he felt “betrayed” by the club during a headline-grabbing interview on TalkTV and criticised head coach Erik ten Hag and senior figures at Old Trafford.

His former United teammate Neville argued Ronaldo should leave United after he was left out of the squad against Chelsea last month following his refusal to come on as a substitute during the victory over Tottenham.

Neville told Sky Sports: “He wouldn’t have done this interview if he wanted a way back. He knew it would bring the headlines it has and be the end of his Manchester United career.

“I’m wondering what Man Utd are doing because the reality of it is they know they have to terminate Cristiano’s contract or they basically open up a precedent so any player can criticise them in the future.

Neville believes United should also shoulder blame for the deterioration of the relationship, saying: “They could have come together a couple of weeks ago and navigated a pathway through what could have potentially been choppy seas to the shore but it’s not happened, they’ve both basically backed themselves into a corner.

“Exits don’t have to happen this way if both sides are proactive and mature.”