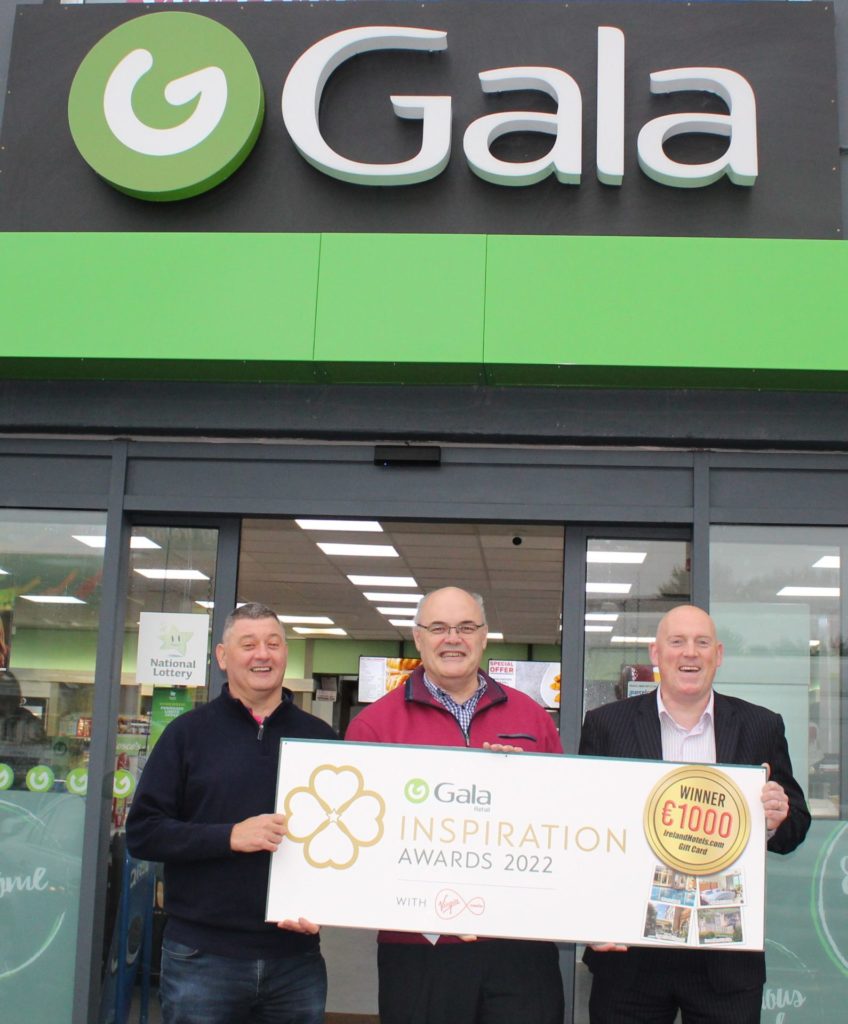 GERARD Holohan is celebrating this week, having been named Carlow’s ‘Most Inspirational Person’ at this year’s Gala Retail Inspiration Awards with Virgin Media.

Gerard’s extensive and inspirational charity work within the Carlow community earned him the title of Inspirational Person at this year’s awards.

Over the past 13 years, Gerard has been instrumental in raising approximately €500,000 for the Irish Cancer Society in Carlow in the form of the hugely successful Carlow Relay for Life.

During the pandemic, Gerard was also part of the team behind The Backline, a community on Facebook showcasing local talent and crucially providing people with a source of entertainment within their own homes.

Gerard now plays on a voluntary radio station on Twitch for people in Castledermot by playing music that is requested by the audience. One of the unsung heroes, Gerard strives to make life so much better for people in the community.

Gerard really impressed the judges with his work in the local community and they deemed him a worthy winner of the county award for his inspirational efforts.

According to Gary Desmond, CEO of Gala Retail, choosing the winners was a challenging task.

“We were overwhelmed by the level of nominations and Gerard, along with the fellow inspirational heroes, are true examples of people who are making Ireland a better place. Congratulations, Gerard and all our county heroes,” he said.