Long-awaited relief road for Carlow town gets one step closer 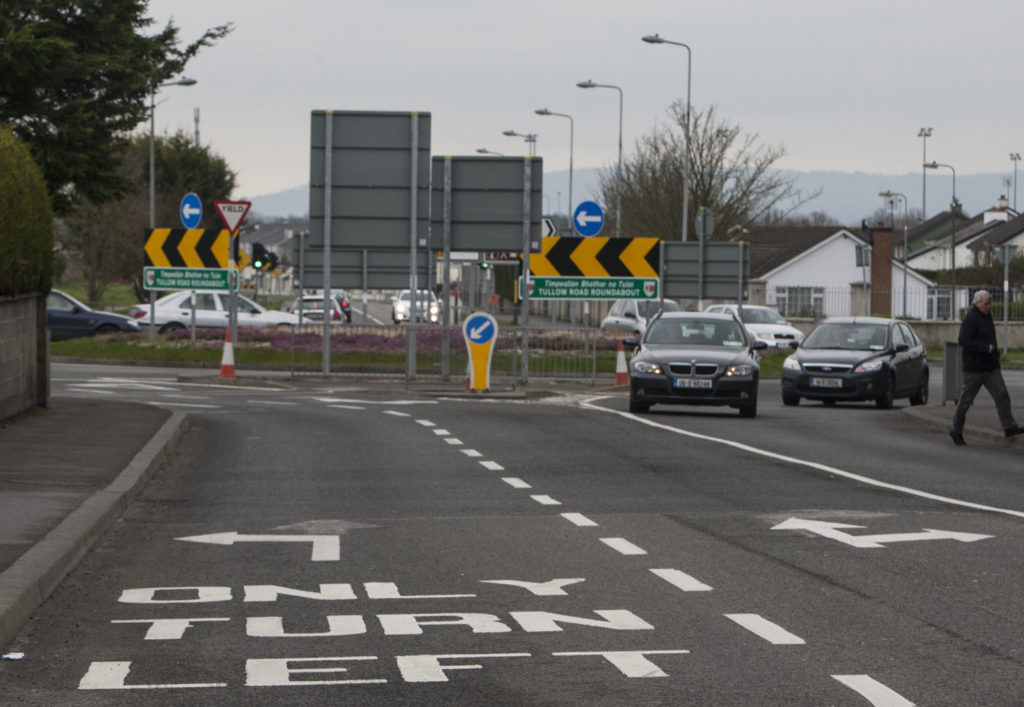 PLANS for Carlow’s long-awaited multi-million southern relief road took a step forward this week, but that simply isn’t fast enough for councillors frustrated by its ongoing delay.
Director of services Padraig O’Gorman confirmed at Monday’s meeting of Carlow County Council that the local authority had received confirmation from the department that a submission for Carlow’s southern relief road  had “moved onto the next phase” and that the process of shortlisting four route options could now begin.

Carlow Southern Relief Road proposes to run from the R726 (Hacketstown Road) across the Tullow and Wexford roads, south of Carlow town, crossing both the railway line and River Barrow and possibly linking with the N80 in Co Laois, offering huge relief to motorists on the Tullow Road, O’Brien Road and Hacketstown Road.

“Can I ask the million-dollar question: when will be see someone driving on these roads?” asked an exasperated cllr Fergal Browne, who pointed out that this road was evident on proposal maps from decades ago.

“When I was about eight years of age there was talk of this road and that’s not today or yesterday. This is a classic example of civil servants creating work for themselves … like hamsters on wheels,” he added.

“This was decided years ago and here we are again … will a baby born today ever drive on this road? At this stage, this is a comedy, or even a horror show,” said cllr Browne.

Cllr Browne insisted that given the ongoing delays in securing this larger project, Carlow County Council should press ahead themselves with completing the 800m from the Wexford Road to the Eire Óg GAA Club, which would help alleviate some of the traffic issues.

Cllr Adrienne Wallace remarked that the character of the town is changing as a result of traffic congestion and asked if the four options will go to public consultation, or will the department “just decided themselves”.

“We are talking about this so long now it’s actually boring,” said an equally frustrated cllr Ken Murnane. “We are shouting for the Wexford Road to Eire Óg to be done for the last four years,” he stated.

Cllr Andrea Dalton remarked that “any progress is welcome, even if it is at a snail’s pace”, adding it was evident that traffic in the town was now back to pre-pandemic levels.

Cllr Fintan Phelan agreed that the process was “frustrating” and asked that it be kept moving now and that there is “no delay from Carlow County Council side”.

Cllr John Cassin also questioned the timescale and the costs involved and urged the council to progress the project.

Mr O’Gorman said there was “a good bit of work involved” in the council’s examination of the four possible route options, which would be submitted to the department in quarter one of 2023.

In terms of costs, Mr O’Gorman stated that the project would be in the region of €40m to €50m and possibly up to €100m if it included a river crossing.

He confirmed that a council team was working hard to progress this project and suggested that Carlow’s southern relief road would be the primary focus of its road planning schedule.

Mr O’Gorman stated that in quarter one of 2023, consultants would be appointed to evaluate the recommendations on the southern relief road routes and he estimated that a further six months later, a submission on route selection would be made to the department.

“That would be a very good year’s work done,” said Mr O’Gorman.

Cllr John Pender remarked that this all signalled “bad news for Tullow” and its long-held hopes for a bypass.

“Suddenly that’s now on the back burner …. we are about to begin work on the Tullow Town Plan and I think we have to be honest with people if there is any possibility for a bypass for Tullow in the near future,” added cllr Pender.

Cllr Charlie Murphy also asked about Carraigduff and Bunclody, where the town is “choked” with traffic.

Mr O’Gorman stated that the council’s resources are a “finite resource” and that the southern relief road will “take up all of their time”.