Man arrested as gardaí seize €2m worth of cannabis in Dublin 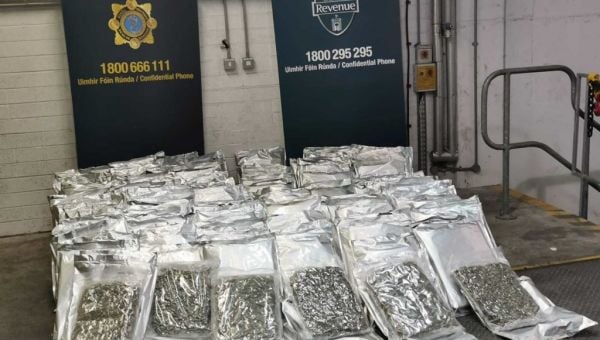 One man was arrested as gardaí seized €2.36 million worth of cannabis in the north Dublin area on Thursday.

The seizure was made following a joint operation conducted by the Garda National Drugs and Organised Crime Bureau (GNDOCB) and Revenue’s Customs Service.

The seizure by Revenue officers of approximately 118kg of herbal cannabis with an estimated value of €2.36 million was made as part of a joint intelligence led operation targeting individuals involved in a transnational organised crime group operating in the north Dublin area.

Gardaí arrested a 56-year-old man at the scene, and he is currently being detained at Coolock Garda Station under the provisions of Section 2 of the Criminal Justice (Drug Trafficking) Act, 1996.