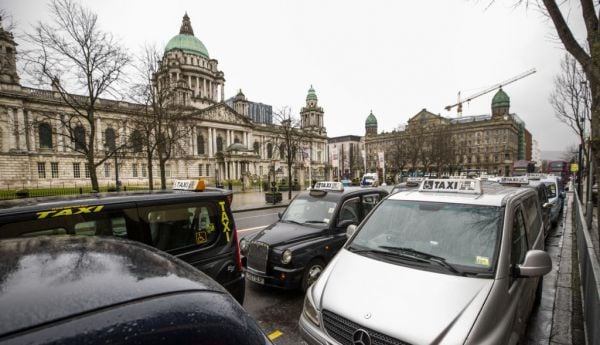 A 36-year-old man has been arrested after a taxi driver was threatened with a gun in Belfast.

The taxi driver picked up a man in the Albertbridge Road area shortly after 2am on Thursday.

As the vehicle travelled through the city, the driver was threatened with a handgun and ordered to hand over money.

The driver was able to alert a police patrol on Ormeau Avenue and when police approached the vehicle, the man fled.

Investigating officers would like to hear from any witnesses or anyone who may have captured footage in the relevant areas between 2am and 2.30am this morning. The number to call is 101, quoting reference 146 17/11/22. pic.twitter.com/0G4YuIqbNs

He was pursued on foot by an officer who also had the gun pointed at him during the chase.

Officers arrested a man they found hiding in a garden in nearby Maryville Street a short time later. He remains in police custody.

The firearm has been seized by police.

Police want to hear from any witnesses or anyone who may have captured footage in the relevant areas.

Information can also be provided anonymously to Crimestoppers on 0800 555 111.