Max Verstappen hits out at ‘disgusting’ abuse towards his family 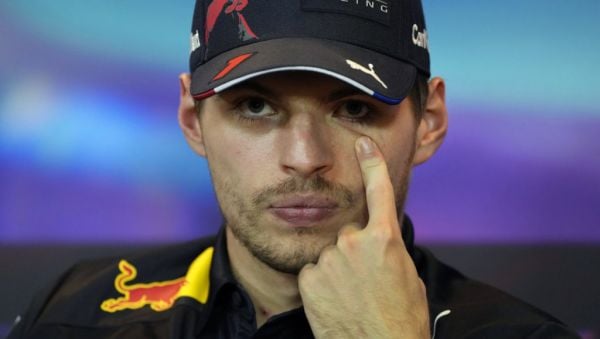 Max Verstappen has told the world of Formula One not to go after his family, describing social media abuse following last weekend’s Brazilian Grand Prix as “unacceptable” and “disgusting”.

Verstappen was criticised in Interlagos after he refused a Red Bull team order to yield sixth place to Sergio Perez on the last lap.

Red Bull issued a statement ahead of Sunday’s concluding round in Abu Dhabi to display a united front, labelling “death threats”, hate mail and vitriol” aimed at members of the Red Bull team and their families as “deplorable”.

The Team has released a comment following the #BrazilGP 🇧🇷

Moments later, double world champion Verstappen, who was also penalised by the stewards in Brazil for crashing into Lewis Hamilton, addressed the media.

“All the things that I have read are pretty disgusting,” said Verstappen. “After the last race, I looked very bad in the media, but they didn’t have the clear picture.

“To immediately put me down like that is ridiculous. Even more than that, they started attacking my family, my sister, my mum, my girlfriend and my dad.

“When your own sister writes to you that it is getting way too much, that says enough. It gets to me because you cannot attack my family.

“For me, that goes way too far when you don’t even have the facts of what actually was going on.

“And that definitely has to stop. If you have a problem with me, that is fine, but don’t go after my family because that is just unacceptable.”

Red Bull want Perez to secure second place in the championship, with the Mexican level on points with Ferrari’s Charles Leclerc ahead of Sunday’s concluding round at the Yas Marina Circuit.

But Verstappen, who was crowned champion with four races remaining at the Japanese Grand Prix in October, blamed a previous incident with his team-mate on his disregard for the Red Bull order.

Verstappen did not want to disclose the flashpoint. However, it is understood he believed Perez deliberately crashed in qualifying at May’s Monaco Grand Prix to prevent him from taking pole position. Both Perez and Red Bull deny this.

“I am just a bit fed up with all this bulls***,” added Verstappen. “As soon as there is something negative, it needs to be highlighted.

“It is pretty sickening to be a part of all that when, at the end of the day, I haven’t even done anything wrong.”

In a statement, Red Bull said: “As a team we made some mistakes in Brazil. We had not envisaged the situation that unfolded on the last lap and we had not agreed a strategy for such a scenario before the race.

“Regretfully, Max was only informed at the final corner of the request to give up position without all the necessary information being relayed.

“This put Max, who has always been an open and fair team player, in a compromising situation with little time to react which was not our intention.

“The events that followed from a social media point of view are completely unacceptable. The abusive online behaviour towards Max, Checo [Perez], the team and their respective families is shocking and saddening and unfortunately is something that we as a sport are having to address with depressing regularity.

“There is no place for it in racing or society as a whole and we need to do and be better. At the end of the day this is a sport, we are here to race. Death threats, hate mail, vitriol towards extended family members is deplorable.”