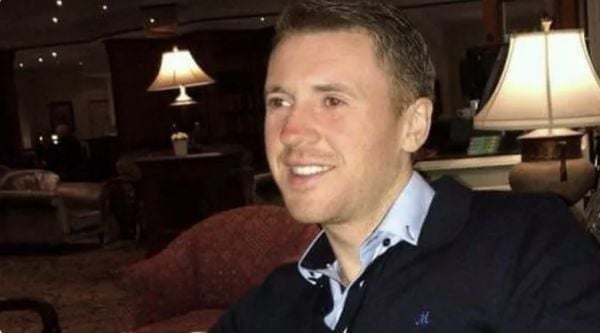 More than €66,000 has been raised to assist a popular Tipperary postman who was left paralysed after he was involved in a road traffic accident on the way home from work.

Ryan O’Dwyer suffered severe spinal injuries when the collision occurred on the main road to Clonmel on July 11th this year. He was airlifted to Cork University Hospital where he was put in an induced coma. He underwent two major brain operations.

He is recovering well from his brain injuries. However, Mr O’Dwyer is in wheelchair as he is now paralysed from the chest down.

The 38-year-old from Ballyrichard got married six years ago. He is an only child to parents Helen and Sean, who along with his wife and extended family have done everything in their power to support him since the devastating accident.

Mr O’Dwyer now requires lifelong care and will also need financial assistance as he adapts his home. He will also have to pay for ongoing rehabilitation and medical treatment.

A GoFundMe page with a target of €100,000 was recently set up to assist Mr O’Dwyer. A series of fundraising events are being organised and it is hoped that the target will be reached in the near future. A soccer tournament involving over thirty teams will take place later this month.

Ryan’s sister-in-law, Verona, said the family is grateful for the overwhelming amount of support they have received. She is mindful of all the outgoings that her sister Ali and brother-in-law will have in the coming years.

“They are living in their new home [for] three years – they have a mortgage, a big mortgage like most young couples at the minute,” she told TippFM.

“[There are] no bedrooms downstairs so there will need to be a bedroom and a bathroom [built] to suit Ryan’s needs.”

“They have a lot on their plate right now… bills coming in like us all. Ali is out of work now, Ryan is out of work, the mortgage has to be paid, bills have to be paid.”

“Donations [have come] from everyone all over the country – it has been fantastic,” she said.

She added: “I would particularly like to thank the medical team and Dr Kamal and the medical professionals in Cork University Hospital. Also, I would like to thank the air ambulance, the guards, the council, the fire brigade, the ambulances and all his colleagues in An Post and the quick response of all those people on the day of the accident and that is why Ryan is still with us today.”

Donations can be made to the GoFundMe for Ryan at gofundme.com/f/ryan-o-dwyer