Regency trial: Judges will listen to hours of Hutch-Dowdall conversations captured by gardaí 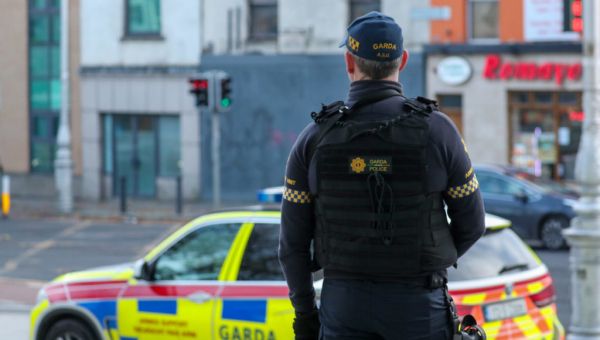 Judges at the Special Criminal Court have ruled they will listen to 10 hours of conversations between murder accused Gerard ‘The Monk’ Hutch and ex-Sinn Féin Councillor Jonathan Dowdall.

The conversations were captured by gardaí, despite Dowdall’s bugged jeep having been outside of the State during the majority of the recordings.

Mr Hutch’s defence lawyer, Brendan Grehan SC, submitted on Thursday that their “core argument” would be that gardaí were aware that Dowdall’s Toyota Land Cruiser was outside the jurisdiction for eight of the 10 hours of those recordings from March 7th, 2016.

They argue the evidence harvested from that “illicit fruit” should be excluded from the trial.

The non-jury court will rule on the extraterritoriality issue raised regarding the audio recordings once the three judges have finished listening to the 10 hours of material.

Prosecuting counsel, Sean Gillane SC, described the recordings as “part of the core” of the State’s case.

Mr Hutch (59), last of The Paddocks, Clontarf, Dublin 3, denies the murder of Kinahan Cartel member David Byrne (33) during a boxing weigh-in at the Regency Hotel on February 5th, 2016.

The prosecution’s case is that Mr Hutch had asked Dowdall to arrange a meeting with provisional republicans to mediate or resolve the Hutch-Kinahan feud due to the threats against the accused’s family and friends.

Dowdall had driven Mr Hutch to meet the republicans on February 20th, 2016, Mr Gillane told the court. Evidence has been given that a tracking device was on Dowdall’s jeep when it travelled north on February 20th.

In its opening speech, the prosecution also said Dowdall drove Mr Hutch north to a second meeting in Strabane, Co Tyrone on March 7th, 2016 and the vehicle was the subject of audio surveillance.

Mr Gillane said Dowdall and Mr Hutch’s conversation was recorded and “many topics were traversed” including events at the Regency Hotel, the existence of the feud with the Kinahan Organised Crime Group, personnel, and “efforts to make peace or agree a ceasefire”.

The Special Criminal Court has already viewed CCTV footage of what the State says is Mr Hutch making two separate journeys to Northern Ireland with Dowdall on February 20th and March 7th, 2016.

Retired Detective Superintendent William Johnston, who was previously head of the Garda National Surveillance Unit (NSU), testified earlier this week that he applied for authorisation to the District Court on February 17th, 2016 to employ the audio device on Dowdall’s grey Toyota Land Cruiser with a view to “monitoring” the conversations of Dowdall and his associates.

On Thursday, Mr Grehan went on to say that he wanted to challenge the lawfulness of that authorisation based on “the lack of candour” which was put before the District Court judge, causing him to issue the authorisation for the bugging device.

If he was successful, the barrister said, he would be making a submission that the “entire fruits of the authorisation” should be excluded.

Mr Grehan went on to say that the audio from March 7th was approximately 10 hours long, covering a timespan from approximately 2.20pm in the afternoon to approximately the same time after midnight.

He said it would be the defence’s contention that the first part of the audio covers the time period up to 3.10pm on March 7th when Mr Hutch is the front seat passenger in Dowdall’s Land Cruiser, which crossed the Border on the M1 at the Carrickdale Hotel in Dundalk Co Louth.

“From that point on, for approximately the next eight hours, the jeep is in Northern Ireland, outside this jurisdiction and any material garnered at that stage is outside the remit of the Criminal Justice Surveillance Act 2009 and the remit of gardaí and the NSU,” he outlined.

He added: “There is a subsidiary argument – the only evidence we have to date is from an NSU officer who spotted the vehicle at 11.36pm that night when the jeep came back into the jurisdiction. Hence, our concern of the importance of the tracker in the case.”

Counsel said the tracker would have relayed in real time, or as close to real time, where the vehicle was at all times to those who were monitoring it.

Mr Grehan said the only question was whether the court felt it should hear the legal argument at the beginning or end of the audio recording.

The barrister said what he was submitting was really only “a concern for the court’s time” and that it would take three days for the court to listen to the 10 hours of recordings.

In reply, Mr Gillane said everything that Mr Grehan had submitted had “fortified” him in respect of his intended approach. He said the audio recording was “part of the core” of the State’s case and that it would take two and a half days to hear.

After rising for a few minutes, presiding judge Ms Justice Tara Burns said in light of the fact that Mr Grehan was not “fully objecting” to the matter, it was preferable to hear the audio recording “in one go rather than breaking it up”.

She ruled that the court would deal with it “as a block” rather than separating matters.

The court also heard from Garda NSU member, AQ, who cannot be identified for legal reasons, and confirmed to Mr Gillane that he deployed a surveillance device on Dowdall’s Land Cruiser on a date after February 17th, 2016, which was “to capture conversations exclusively” within the vehicle.

The device was retrieved before May 14th that year, he said.

The officer said the device had no capability of being listened to “live”. Once the device was deployed, at certain stages it was downloaded and then uploaded onto the system in his office.

He said the audio device did not work as a tracker and did not capture locations.

Member AQ told Mr Grehan that he had also put the tracker device on the Land Cruiser. He said a tracking device was deployed outside the vehicle, which tracked the movements of the SUV in live time, and inside was the audio device.

Member AQ said the audio device cannot be interfered with as it is password protected and once it is uploaded only the name of the file can be changed.

Jonathan Dowdall (44) – a married father of four with an address at Navan Road, Cabra, Dublin 7 – was due to stand trial for Mr Byrne’s murder alongside Mr Hutch but pleaded guilty in advance of the trial to a lesser charge of facilitating the Hutch gang by making a hotel room available ahead of the murder.

Dowdall has been jailed by the Special Criminal Court for four years for facilitating the Hutch gang in the murder of Mr Byrne.

The former Dublin councillor is currently being assessed for the Witness Protection Programme after agreeing to testify against Mr Hutch.

Mr Byrne, from Crumlin, was shot dead at the hotel in Whitehall, Dublin 9 after five men, three disguised as armed gardaí in tactical clothing and carrying AK-47 assault rifles, stormed the building during the attack, which was hosting a boxing weigh-in at the time.

Mr Hutch’s two co-accused – Paul Murphy (59), of Cherry Avenue, Swords, Co Dublin, and Jason Bonney (50), of Drumnigh Wood, Portmarnock, Dublin 13, have pleaded not guilty to participating in or contributing to the murder of David Byrne by providing access to motor vehicles on February 5th, 2016.