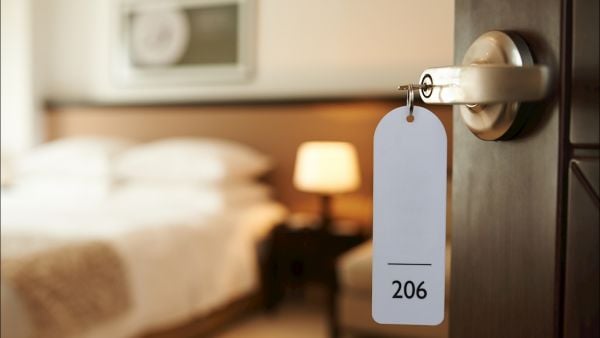 The Government’s approach to housing refugees will lead to “significant damage to Irish tourism” if the current situation continues into next year, the Irish Tourism Industry Confederation (ITIC) has warned.

In its report on the impact the war in Ukraine is having on the Irish tourism sector, the group outlined the unintended consequences of the Government’s policy for accommodating refugees from Ukraine, as well as international protection applicants from other countries.

The ITIC said 22 per cent of the tourism accommodation stock nationally is already contracted to the State to house refugees, including 15 per cent of hotel rooms.

The confederation estimated that, at present, there are approximately 34,000 Ukrainian citizens living in tourist premises in the State.

While the ITIC said it “fully supports the Government’s humanitarian reaction to the Ukrainian crisis and is ready to assist in devising a balanced strategy”, the group added that the tourism and hospitality sector, which is Ireland’s largest indigenous industry and biggest regional employer, cannot be asked to carry the primary burden of accommodating refugees.

The report said the reduced availability of tourist accommodation is having a knock-on effect on prices, pushing up the cost of beds around the country and creating a “devastating impact” on popular tourist destinations where a large portion of local beds are being used for refugees.

The ITIC said this was particularly evident in areas like Donegal, Killarney, west Waterford and west Clare.

“The impact on demand versus supply will be felt most keenly at times of peak demand and in the more popular destinations,” the report added.

Should the current approach to housing refugees continue, the ITIC said tourism accommodation supply could be reduced by approximately 30 per cent next year if the number of Ukrainian refugees coming to Ireland tops 90,000.

This, the group said, would cause the loss of up to €1 billion in earnings and hundreds of jobs across the broader hospitality and supply sectors.

In addition to threatening the sustainability of many businesses here, such a scenario would also “seriously damage Ireland’s competitiveness” as a tourist destination.

Calling for the Department of the Taoiseach to lead a whole-of-government approach, the ITIC said a two-year humanitarian plan should be drawn up, detailing how refugees and international protection applicants are to be accommodated.

To reduce the burden on the tourist accommodation sector, the group said between 12-15 per cent of available accommodation should be used to house refugees, describing the figures as a “proportionate and fair allocation”.

The ITIC also said a business continuity fund should be established for tourism businesses negatively impacted by the Government’s contracts, in addition to an extension of the reduced VAT rate of 9 per cent, which was scrapped in Budget 2023, to 2025.

More broadly, the group said that in order to address current issues facing the tourism sector, local authority strategies must be expedited and alternative accommodation solutions for refugees must be fast-tracked.

The ITIC added that refugees and international protection applicants should have easier access to the labour force, and also called for a quicker transition from Direct Provision.