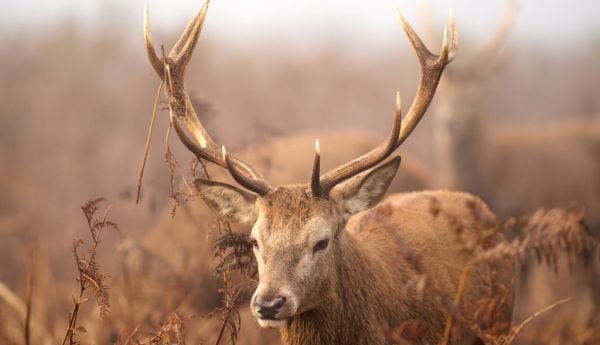 A trophy-hunter cut the head of a huge stag just moments after it was accidentally killed by a motorist in Co Donegal.

The stag with large antlers met an unfortunate death after it was struck on the outskirts of the village of Raphoe on Wednesday.

However, locals were left shocked when the once beautiful animal’s head was cut off and taken away by a passer-by.

The rest of the animal’s body was left at the side of the road.

A passer-by who saw the creature after it was killed said he was left disgusted after noticing its head had been removed a short time later.

He said: “It was a bit of a shock. I realised well that it was dead, but it still looked like a beautiful creature.

“But when I returned a short time later to find its head had been cut off and most likely put on someone’s wall was very shocking.”

Incidents of deer running onto roads and causing accidents have increased in Co Donegal in recent weeks.

Mr McLaughlin, who runs the Wild Ireland park in Burnfoot, said as apex predators wolves would prey on the sick and weak deer and limit their numbers.

His comments have received mixed reaction.

One local county councillor Michael McClafferty said he was completely opposed to the idea.