Varadkar: Parents must send children to school with knowledge they are safe 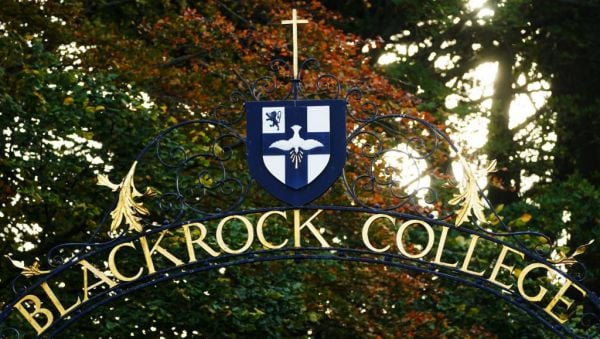 Parents must be able to send their children to school knowing that they are in a safe environment, the Dáil has heard.

Tánaiste Leo Varadkar paid tribute to the “bravery” of the men who had come forward about historical abuse in Spiritan schools.

He also said the Government is considering the “most effective” manner of conducting an inquiry into the abuse allegations.

The Taoiseach on Wednesday said the Government is considering a public inquiry into historical abuse allegations by Spiritan priests.

It follows the Spiritan Congregation, formerly the Holy Ghost Fathers, giving a public apology to victims, and announcing that an independent group would engage with survivors of abuse at schools and institutions decades ago.

It emerged last week in an RTÉ Radio Documentary On One programme that the religious order had paid €5 million in settlements towards abuse and support services since 2004.

At least 233 men have made allegations of abuse against 77 priests from the Irish Spiritans.

Mr Varadkar told the Dáil that if people do not tell their story it is very hard for the authorities to take action against people who carry out abuse, and prevent it from happening in the future.

“This is a matter that the Government is very concerned about,” he said.

“The cruelty and pervasive nature of the allegations is truly shocking.

“My thoughts in the first instance are with the survivors who have bravely told us their story.

“Parents must be able to send their children to school in the knowledge that they’re not only receiving the best education they can, but also that they’re in a safe environment.

“And that is true for the vast majority of schools in our State.”

The Tánaiste welcomed that a restorative justice process has now been put in place by the Spiritans.

He also told TDs a debate in the Dáil on the matter is scheduled for next week.

Discussing a possible inquiry, Mr Varadkar said: “The government is going to give this matter further consideration, particularly the most effective way to have a victim-led inquiry to allow us to unearth what happened at Blackrock College and indeed other Spiritan schools, specifically, who knew what and how they acted, if at all.

“We want to make sure that how it happens is in the right way. And that’s extremely important, I think for the survivors.”

He also encouraged anyone who has been a victim of sexual abuse to contact the gardai.

Labour leader Ivana Bacik called for an independent inquiry into the abuse allegations as she described the scale of abuse being alleged at Spiritan schools as “staggering”.

“We know that 300 individuals have now come forward, disclosing abuse perpetrated upon them, and yet, just three of the 77 Spiritans with allegations made against them have criminal convictions. So the scale is indeed staggering.”

She said the “bravery” of the individuals who had already come forward had enabled others to step forward.

“We believe that we do still need to see an independent inquiry take place, not only to uncover the extent of the abuse perpetrated, not just by the Spiritans within one school, but it now seems by other orders within other schools, which have not yet been the subject of an inquiry and which have not yet necessarily come into the public domain,” she said.

She added that any inquiry needs to be “survivor-led”.

“It must seek to review the extent of the abuse and crucially, the existence of institutional cover-ups in individual schools and by particular orders, and it should also seek to examine the role of the state and in particular the failures of the state.

“What the state could and should have done to prevent abuse in schools where the teachers were paid by the State, where the schools were receiving significant public funding.”

She stressed that it was not just a historical issue, adding that “cultural changes will have to be made in different institutions, radical change in systems of governance, and of course crucially support for survivors and victims”.

In response Mr Varadkar said the Government needed to bear in mind that they do not want to do anything that might compromise any police investigations.

“I think it is possible to have an inquiry without doing that,” he said.

“But we do need to have regard to the possibility that it might interfere with garda enquiries or prosecutions or civil cases.

“We just need to make sure that we don’t make any mistakes in that regard.”

The abuse allegations go back as far as the 1970s and involve schools that were managed by the Holy Ghost Order, including Dublin’s prestigious Blackrock College.