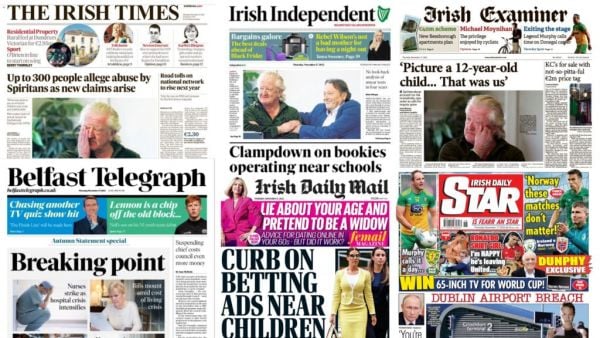 The front pages of The Irish Times and the Irish Examiner both carry a photo of Corry McMahon, a survivor of abuse at Blackrock College. The papers say the number of people who have made allegations of abuse at Spiritans schools has risen to almost 300. 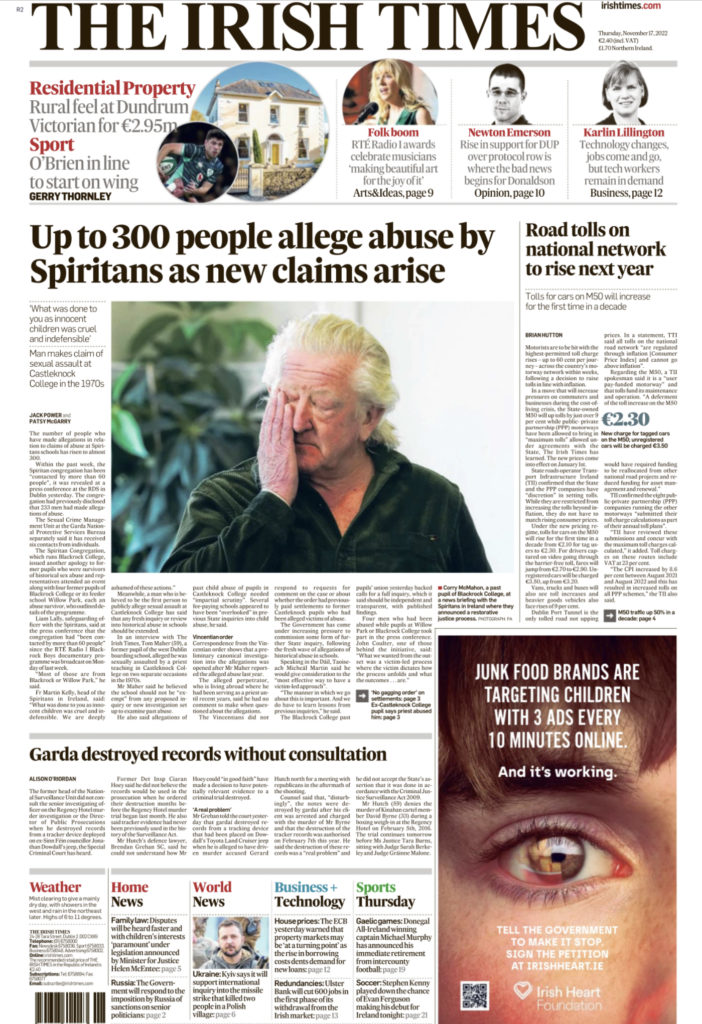 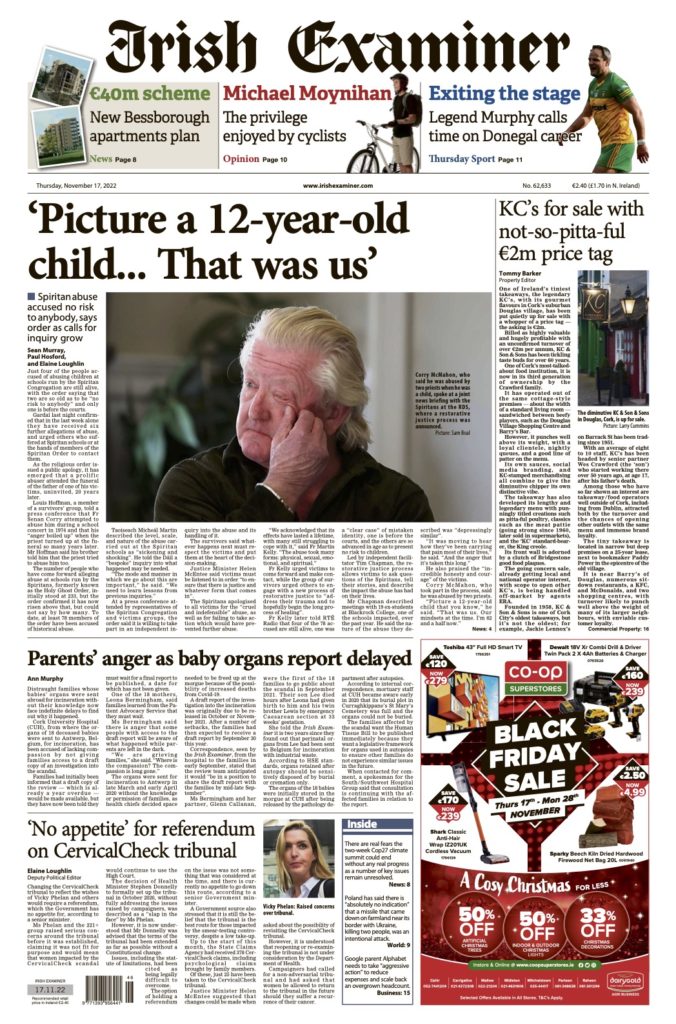 The Irish Independent and Irish Daily Mail both look at the new gambling laws approved earlier this week. Betting shops and other gambling outlets will be effectively banned from operating near schools, the Independent says, while the Mail reveals that a proposed ban on gambling ads near schools and playgrounds was shelved after “intense” lobbying. 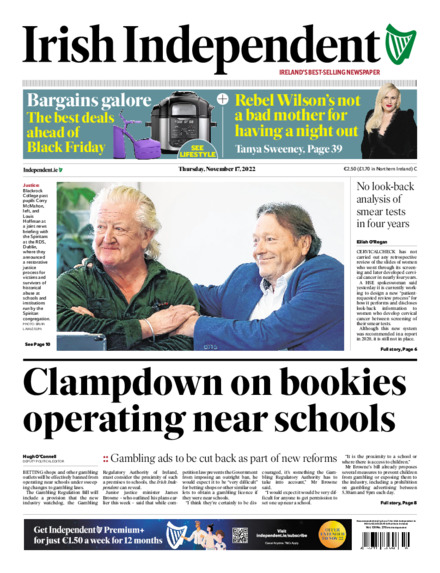 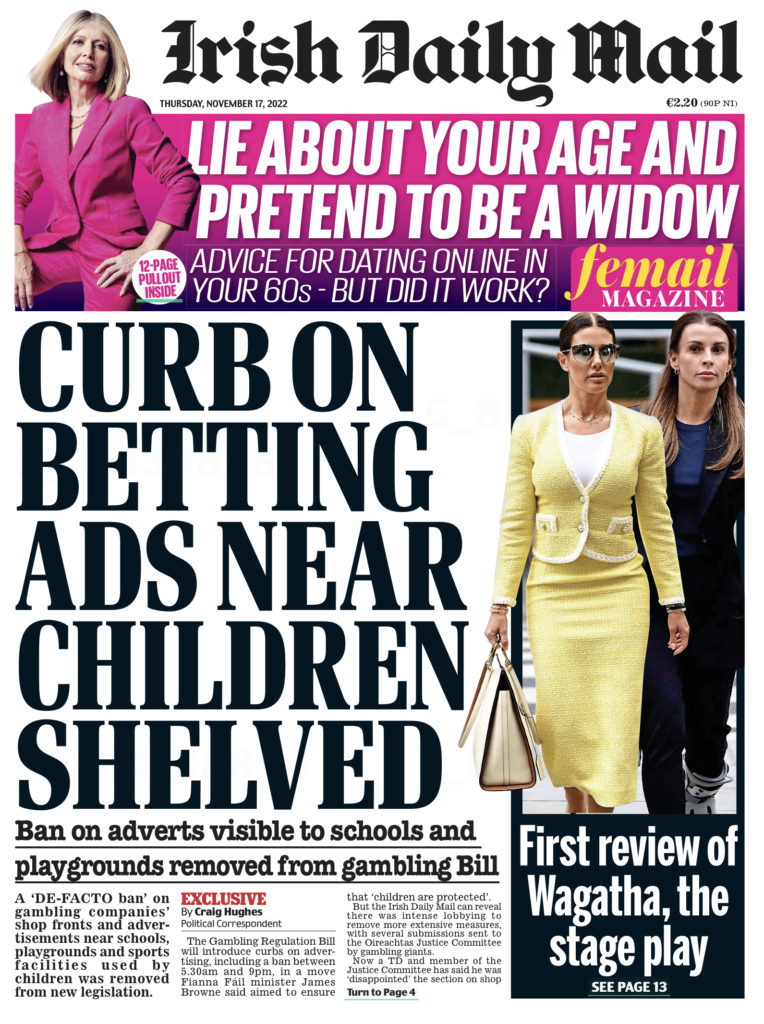 “Vlad gets Bolshoi” says the Irish Daily Mirror, as it reports on the banning of 52 Irish politicians and officials from Russia over Ireland’s stance on the war in Ukraine. 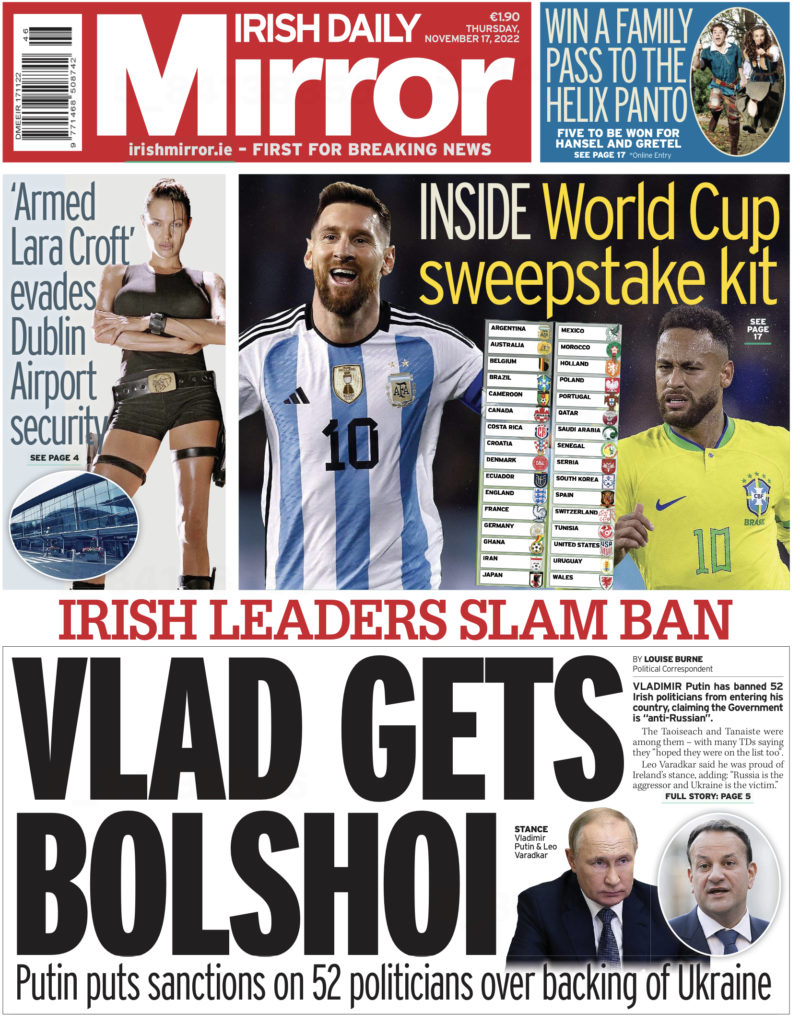 A Dublin Airport worker caused an alert when she brought three replica guns through the security screening so she could dress up as Lara Croft for Halloween, the Irish Daily Star reports. 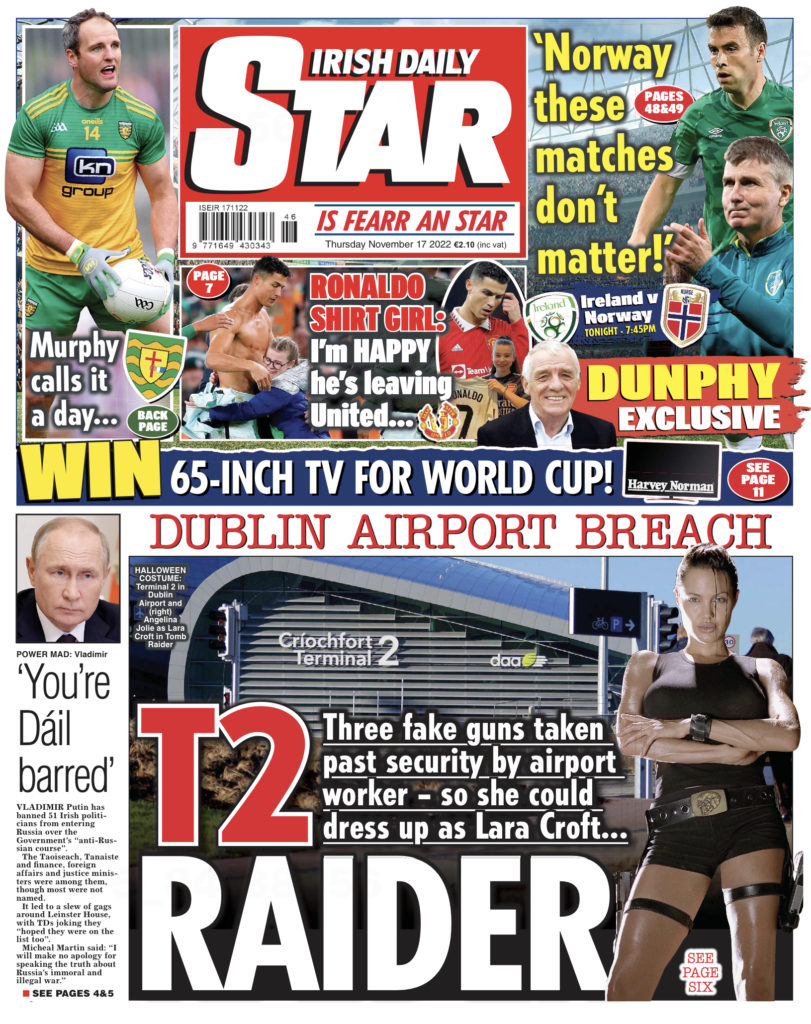 “Breaking point” says the Belfast Telegraph, as it looks at the cost-of-living and healthcare crisis in the North ahead of the UK finance minister’s autumn budget statement. 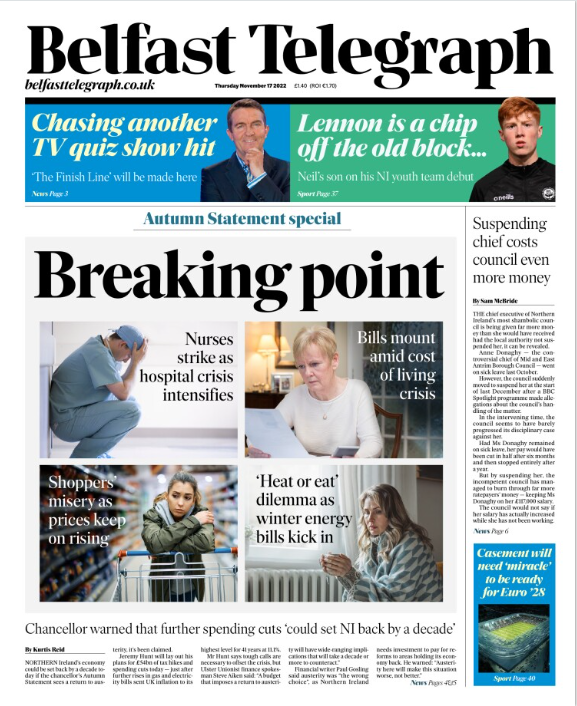 Many of the British papers are also led by today’s autumn budget statement.

Previews of the UK finance minister’s budget and its accompanying justifications are on the front pages of the Financial Times, The Daily Telegraph, Metro and the Daily Express.

‘We will face into the storm, says Hunt as taxes surge’#TomorrowsPapersToday

GRIN AND BEAR IT!

The Guardian reports millions of people will face energy bill rises as Mr Hunt plans to adjust the cap on energy bills.

The Times says his tax rises will “target the wealthy” but the i characterises the budget as a “new age of austerity”.

The Bank of England’s criticism of Britain’s “damaged reputation” is front page of The Independent.

The Daily Mail reports supermarkets are beginning to limit the number of boxes of eggs customers can purchase.

Security services uncovered at least 10 plots by Iranian “spies” to “kidnap or kill Brits on UK soil”, according to the Daily Mirror.

The Sun reports English striker Ivan Toney has been charged over 232 breaches of FA betting rules.

And the Daily Star leads on Donald Trump’s bid for the 2024 US presidency, commenting: “Orange man vows to conquer red planet.”