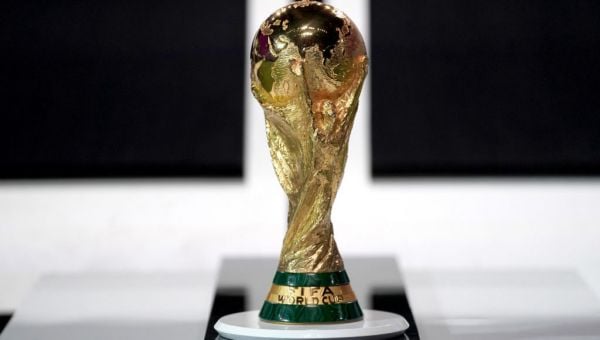 The World Cup begins on Sunday with teams’ form something of a mystery given the unfamiliar mid-season scheduling.

Here, the PA news agency looks at what some of the key match-ups and past records can tell us about the opening round of games.

Injury is likely to deny Senegal striker Sadio Mane a meeting with former Liverpool team-mate Virgil van Dijk in their opener against the Netherlands. Senegal are Africa Cup of Nations champions, while the Dutch are unbeaten in their last 15 games since losing 2-0 to the Czech Republic last June.

Hosts Qatar will be playing their first World Cup game when they take on Ecuador with an entirely domestic-based squad and the third-lowest world ranking in the tournament at 50. They face the third-youngest squad at this year’s event.

England will face a team in encouraging form, with Iran unbeaten in three recent friendlies including a win over Uruguay and a draw with Senegal, in contrast to England’s six-match winless run.

Wales are appearing in the tournament for the first time since 1958, while their opponents missed out in 2018 but were at the previous seven tournaments and made it through the group stage four times, including both 2010 and 2014.

Argentina are among the bookmakers’ favourites to win the tournament and will be fancied to comfortably deal with a Saudi Arabia squad made up entirely of domestic-based players, with only three having any experience overseas.

Mexico against Poland appears more evenly matched, but Gerardo Martino’s side are ranked 13th by FIFA, with their opponents 26th, and have come through their group on their last eight World Cup appearances. Poland have not done so since 1986 – falling at the first hurdle in 2002, 2006 and 2018.

Remarkably, three of these teams were also in the same group at the 2018 tournament – with Tunisia taking the place occupied four years ago by Peru. France and Australia also met in their opening fixture on that occasion, a tense 2-1 win for Les Bleus.

Denmark joined France in qualifying for the knockout rounds, as they have done in all but one of their five previous World Cup appearances. Tunisia, also at their sixth World Cup, have never progressed beyond the group stage.

Germany will be heavily favoured against Japan but must reverse 2018’s fortunes. Four years ago, Germany finished bottom of their group having suffered defeat to Japan’s neighbours and 2002 co-hosts South Korea. Japan reached the last 16 last time around.

Youth will be on show when Spain take on Costa Rica. Spain have five players under the age of 21, the most at the tournament, with Costa Rica one behind them alongside Germany.

Croatia will hope to emulate their impressive run in 2018, when they finished runners-up to France, and will open up against opposition who gained only a single point in their group in Russia.

Canada have not been at a World Cup since 1986, when they lost all their three games without scoring – a meeting with FIFA’s second-ranked side in the world is hardly the ideal opportunity to change that record.

Since Cameroon’s memorable run to the quarter-finals in 1990, they have qualified on five further occasions but never got out of the group. Opponents Switzerland, meanwhile, have also competed at five tournaments in that time and have progressed on four occasions – though never beyond the last 16.

Brazil are tournament favourites and will be relying on established players to live up to that billing – their clash with Serbia is one of only two, along with Argentina v Saudi Arabia, between teams without a single under-21 player in their squad.

Uruguay won all three of their group games in 2018 and reached the quarter-finals, having last gone further when finishing fourth in 2010. Opponents South Korea have 12 players over 30 in their squad, more than any other nation.

Ghana, by contrast, have the tournament’s youngest squad as they take on a Portugal side who have not been further than the last 16 since their run to the 2006 semi-finals.