Australia want to make a ‘statement’ against Ireland after Italy meltdown 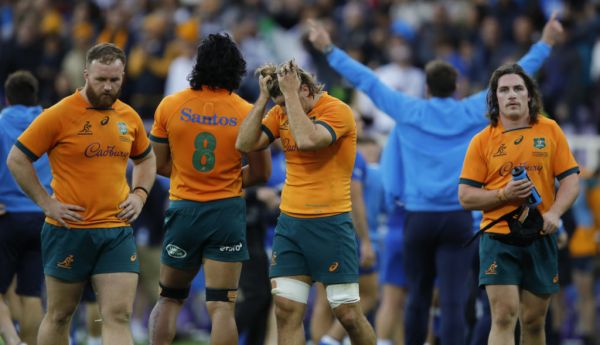 Australia will look to make a statement against world number one Ireland after their shock loss to Italy, under-pressure Wallabies coach Dave Rennie said.

The Wallabies players and staff are under fire after their first defeat to Italy in Florence last week, and Rennie tipped his side to rebound strongly against the Irish in Dublin on Saturday.

“It was a side that was good enough to win [against Italy] and we didn’t. So, I’ve got to take responsibility for that,” Rennie told reporters.

“But I know we have a very determined squad who want to make a statement this weekend.

“After last week, [a win] would be massive.”

Rennie has made sweeping changes for Ireland, picking only four of the starters from the 28-27 defeat to Italy.

Australia are languishing at eighth in world rankings after losing eight out of 12 tests this season.

With the team winning barely a third of their matches since Rennie took over in 2020, the New Zealander’s record is the worst of any Wallabies coach in the professional era.

Losses in the final two tests of the season – Wales follow Ireland – would heap further pressure on Rennie a year out from the World Cup in France.

Rugby Australia chairman Hamish McLennan said Rennie still had the backing of the board but he would wait for a post-season review by the governing body’s rugby committee, which includes RA chief executive Andy Marinos and board directors Phil Waugh and Daniel Herbert.

“The Italians were as shocked as we were.

“We’ll do a full review at the end of the tour and I’ll await the all important Rugby Committee’s view.”