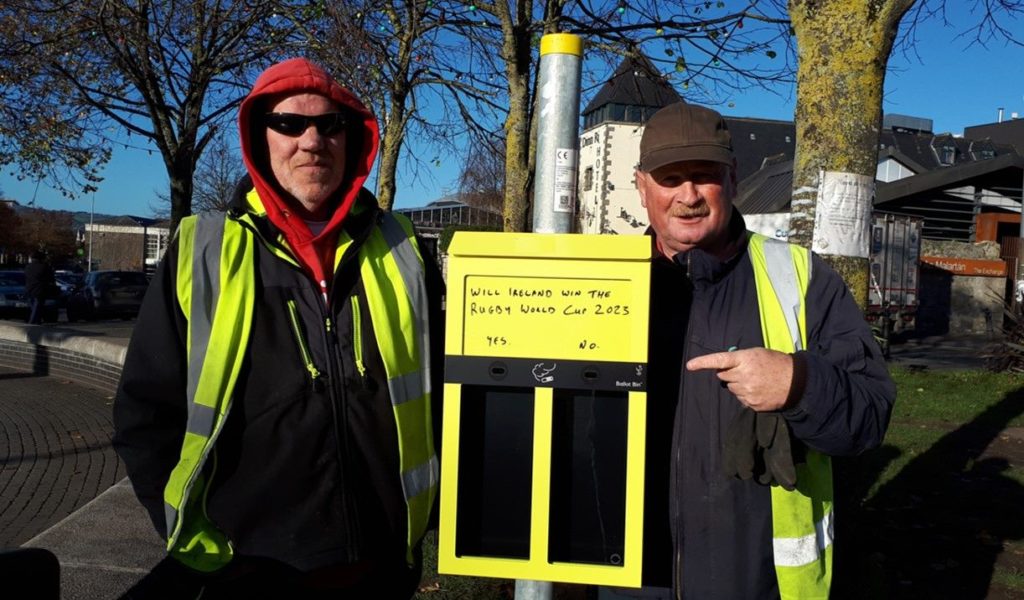 A NOVEL initiative by the local authority aims to cut cigarette litter in Carlow town by half, by asking smokers to use their butts to vote on Carlow’s most topical issues.

Two new ‘Ballot Bins’ have been installed beside the Liberty Tree at Potato Market – one of the town’s blackspots for cigarette litter. The ballot bins pose a topical ‘either/or’ question, which smokers can then vote for with their butts.

Kicking off this novel approach to keeping the area butt-free is a sports question – will Ireland win the Rugby World Cup in 2023?

Cigarette butts are single-use plastic litter that account for over two-thirds of all litter in Carlow town. In cities and towns around Europe, the ballot bins have resulted in a 46% reduction in cigarette litter, and a similar response is hoped for in Carlow.

Speaking about the initiative, Shane Casey, Carlow’s environmental awareness officer, said: “This is just one part of a wider anti-cigarette litter campaign, but we hope it encourages people to walk as far as the ballot bins to dispose of their butts, which are located beside the regular bins, and that this behaviour continues long after the campaign.”

Tullow four-bed up for sale