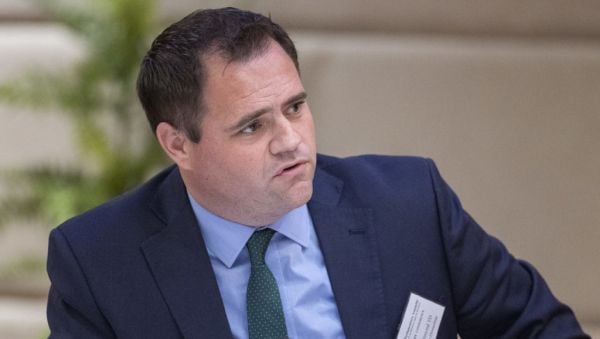 Fine Gael TD Neale Richmond, one of the 52 Irish politicians banned from Russia under a sanctions list, has reiterated his call for Russian Ambassador to Ireland Yury Filatov to be expelled.

The Kremlin said on Wednesday that 52 “key representatives” from Ireland had been placed on a sanction list for expressing what it claimed was Russophobic sentiment.

Mr Richmond has previously argued that Mr Filatov should be expelled due to his regular inflammatory comments on the war in Ukraine, and Ireland’s support for the country.

He told BreakingNews.ie: “Absolutely I think there is no need for the ambassador to remain here. We should follow the example of Lithuania and expel him… I’d go further, I would close down the entire diplomatic mission.

“Ambassador Filatov is clearly a lightning rod for the misinformation campaigns being driven by the Russian regime in our country.

“We see it not just on radio when he’s invited on, we also very worryingly see it on social media platforms where the ambassador and his colleagues in the embassy are coordinating the conspiracy theories which are very evident.

“We’ve seen rallies in support of the Russian invasion, convoys of cars with the Z logo. We’ve seen some absolutely craven comments from the ambassador about Irish elected representatives and the people of Ukraine.

“We have a Russian Embassy with a staff of 28 located in my own constituency… we’ve expelled four of their diplomats so far. Up until recently they had two military attaches which is double what the UK has, a country we actually have a defence memorandum of understanding with.” 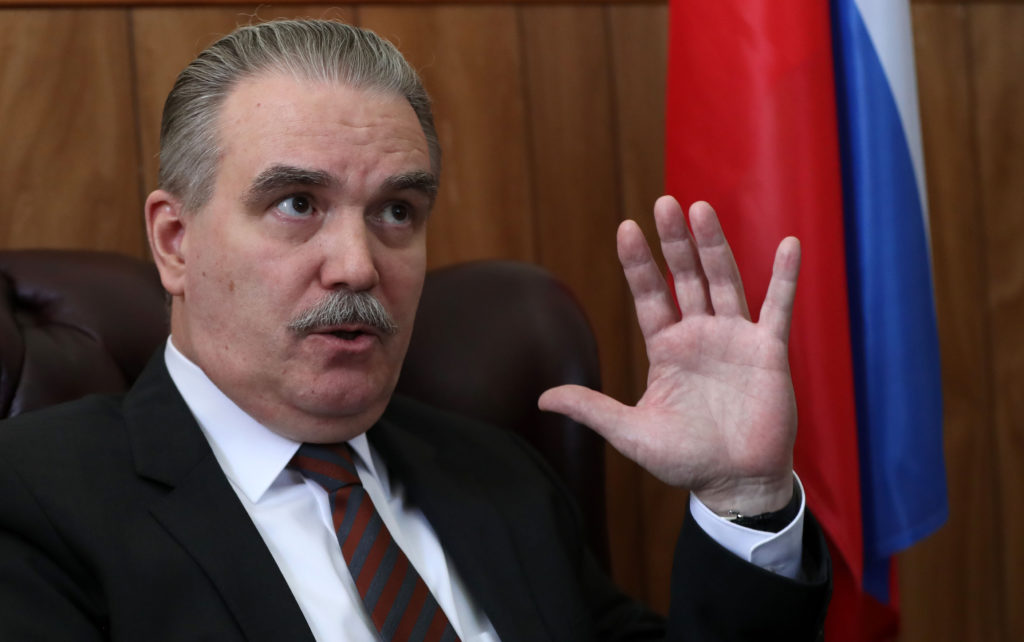 Neale Richmond has reiterated his call for Russian Ambassador to Ireland, Yury Filatov, to be expelled.

Mr Richmond acknowledged that some of his colleagues, and security experts, have argued that lines of communication should be kept open.

While he recognises this point of view, he still argues Mr Filatov should be expelled, and the embassy closed.

“I appreciate that there are many, within my own party and diplomats, who have good reasons they think that is a step too far at this stage, but my personal opinion hasn’t changed and the publication of this list, the vile language used in the statement announcing it, it’s quite clear in the statement the Russian Foreign Ministry said any further action will be guided by their embassy in Dublin.

“So it’s quite clear whatever the Russian government thinks of Ireland is being driven by the ambassador and the officials around him who are diplomats in the loosest sense I think.” 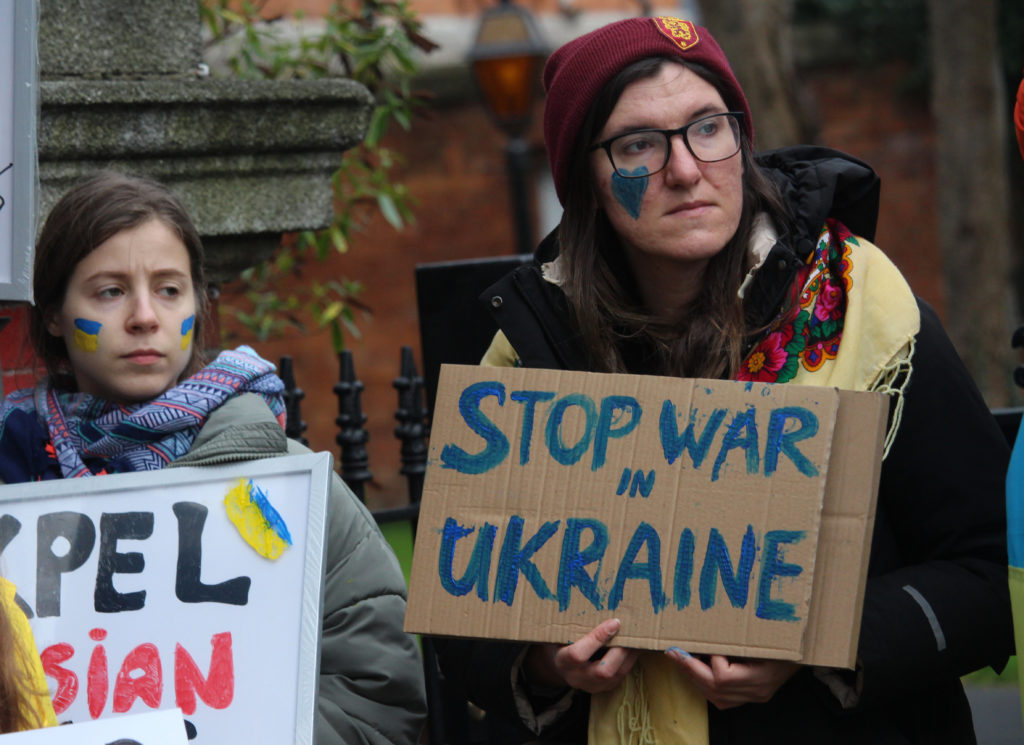 Protesters outside the Russian Embassy in Dublin.

He said any need for communication with Russia could be conducted through European Union partners, or organisations such as the United Nations.

“From an Irish perspective the publication of this sanctions list is a further example, but we’ve long gone past the point of maintaining that we have any realistic diplomatic correspondence or communications with the Russians,” he added.

“We have two diplomats remaining in our embassy in Moscow, they expelled two of our diplomats for no reason at all. The four Russian diplomats we expelled was under very clear reference to the Vienna Convention.

“My opinion hasn’t changed and whilst I acknowledge the counter-argument and the importance of it, personally I still think that we’re long past that stage and this week’s news is a further iteration on a backdrop of this brutal, bloody war that is killing innocent Ukrainians and is having a major socio-economic impact on our daily lives in Ireland, all being driven by the illegal Russian invasion.”

The Russian Embassy on Orwell Road in Rathmines, Dublin, is part of Mr Richmond’s constituency, and he feels it should be closed down entirely.

I’d be quite frank, I think we should close down the entire embassy.

“I’d be quite frank, I think we should close down the entire embassy. It’s in my own constituency, as a TD I’ve had a number of representations from people who live close to it, who do not like the fact the embassy is still open at this time of conflict.

“They’re extremely suspicious of late night deliveries, prior to the recent invasion they were suspicious of construction there. There are a number of security experts who say this is a very sophisticated listening post in between the US, UK and EU, which the Russian espionage machine relies on.”

He said the sanctions list is a sign that “Ireland will be on the right side of history in its support of Ukraine”.

“I think it is a sign Ireland is doing the right thing, and Ireland will be on the right side of history in its support of Ukraine.

“The publication of this sanctions list, we have to be honest, is just another piece of propaganda in the Russian regime. It’s another tool in their arsenal of misinformation and disinformation, that they’ve been using very expressly, particularly in Ireland over the last number of months.

“I would imagine the Russians are hoping this list will distract from the fact in the last week they have been bombarding Ukraine, hitting civilian targets, residential areas, infrastructure, energy plants, knocking entire cities off the power grid.

“We need to continue to be a safe haven for the over 60,000 Ukrainian refugees who have come to our country and I think certainly in the last week the Russians may have aspired for using it as a distraction technique [sanctions list], it underlines our moral obligation and duty to provide protection for refugees despite some of the less nuanced grumblings within the Dáil and in certain circles.”