Football rumours: Liverpool in the hunt for Jude Bellingham 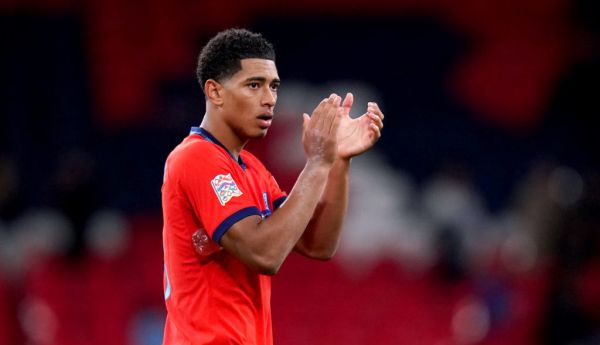 Former Liverpool forward Emile Heskey has said his old club are “in the hunt” for Borussia Dortmund and England midfielder Jude Bellingham, the Daily Mirror reports.

The 19-year-old has been fielding interest from “just about every major club on the continent”, the paper says, with the Reds the rumoured front-runners in the charge for his signature for “quite some time”.

According to The Guardian, Liverpool and Juventus are keeping track of the growing uncertainty around Mason Mount’s future with Chelsea after a new deal was put on hold until after the World Cup. The 23-year-old midfielder’s contract expires in just over 18 months and his situation has reportedly prompted clubs to check whether he could be lured away from Stamford Bridge.

Barcelona and Netherlands midfielder Frenkie de Jong has revealed he was urged to “join Liverpool” within days of touching down in Qatar for the World Cup, the Mirror says. The 25-year-old’s future at the Spanish giants remains in doubt as boss Xavi continues to prefer other options in central midfield.

Fabio Carvalho’s reasons for withdrawing from Portugal under-21 duty have been revealed 👀https://t.co/vkWusPGRpz

Cedric Soares: ESPN reports that Fulham, Bayer Leverkusen and Villarreal are interested in signing the 31-year-old Portugal right-back from Arsenal in January.

Luis Suarez: Football journalist Fabrizio Romano says the 35-year-old former Barcelona and Liverpool striker has turned down the offer to join Brazilian side Gremio once his contract with Nacional expires.