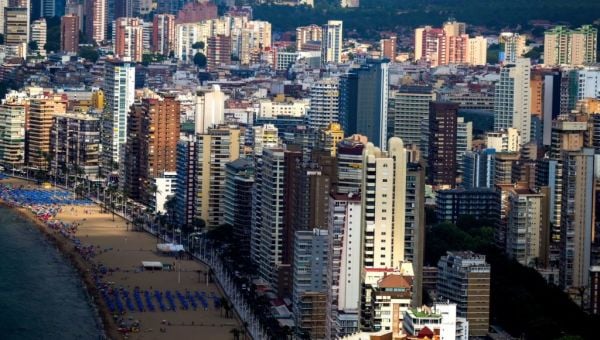 A British man was under police guard in a Costa Blanca hospital on Friday after an Irish pensioner he allegedly stabbed during a fight died from his wounds in hospital.

The two men were rushed to a hospital near Benidorm on Thursday morning after an altercation at a property in the famous resort.

Police confirmed on Friday they had been informed the 68-year-old Irishman had lost his fight for life despite being revived at the scene of the stabbing.

The 62-year-old British man, had already been arrested on suspicion of attempted homicide and is now expected to face a murder charge.

He remains at Marina Baixa Hospital in nearby Villajoyosa and is expected to be taken to a police station for questioning when his health permits.

However, police are expected to have to wait several days before they are able to question him. His injuries are not described as life-threatening, but a well-placed source said he was “in a bad way.”

Neither man has yet been named.

They are thought to have been a couple, although police have not yet officially commented on whether they were in a relationship.

Another insider said they shared a room in the property where the stabbing happened and other people lived there.

The incident leading to their hospitalisation and ending with the Irish pensioner’s death, occurred around 10.30am on Thursday morning at a property in Benidorm’s Rincon de Loix area which is popularly known as Little England.

The house where the incident happened is in a cul-de-sac next to a four-star hotel.

Emergency services responders confirmed the older of the two men had to be revived at the scene before being rushed away by ambulance.

A spokesman for Spain’s National Police, confirming they had just been informed the Irish pensioner had died in hospital, said: “[On Thursday] around 10.30am, an emergency call was received saying two men bleeding from apparent stab wounds were in a property in Benidorm.

“Officers found a British 62-year-old who had suffered stab wounds outside the property when they arrived and another man, a 68-year-old Irish man, on an upper floor of the property in a very serious condition with multiple stab wounds to his chest, abdomen, head and left leg.

“Both men were transferred to Villajoyosa Hospital and an investigation launched into the incident.

“So far those investigations have determined the British man would appear to have inflicted the injuries the other man suffered and he was arrested as the suspected author of a crime of attempted homicide and wounding pending a medical evaluation of the Irish national.

“He was also placed under police guard in hospital.

“It would appear a fight occurred between both men, who live together, and they injured each other.
“Today we have received written confirmation from the hospital both men had been admitted to saying the injured Irish man has died. The investigation is continuing.”

Emergency medical responders confirmed they had taken two men to hospital with stab wounds on Thursday but said they were unable to comment on their nationalities.

A spokesman for a regional emergency response coordination centre said: “The elder of the two men was very serious and had to be revived at the scene.

“The younger man was less serious but was also taken to hospital with stab wounds.”

The incident being probed by police occurred in a street called Avenida Estocolmo a short walk from Benidorm’s famous Levante Beach.

Thousands of British tourists and other foreigners have flocked to Benidorm this week for its annual Fancy Dress Party, currently celebrating its 25th anniversary.

The number of British citizens taking part has been put at around 45,000.

It was not immediately clear if the two men involved in Thursday’s incident were living together on a permanent or temporary basis in holiday-style tourist accommodation.