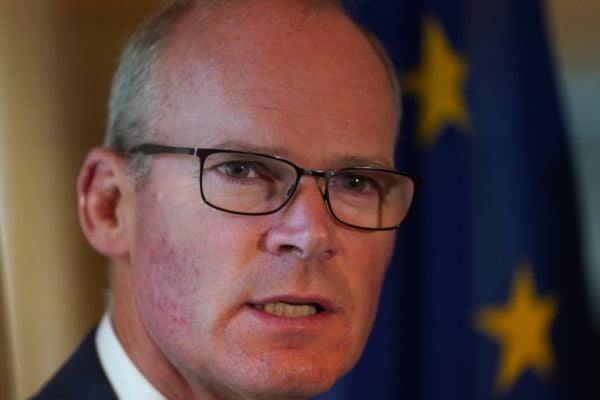 A major political declaration that aims to protect civilians against heavy explosives in built-up areas has been adopted at a Dublin conference.

A total of 77 states have signed up to the Dublin Declaration on Explosive Weapons in Populated Areas, including representatives from three UN Security Council members – US, UK and France – and more than 20 Nato countries.

The Irish-led declaration encourages countries to apply what is already in international law, and requires militaries to consider the impact of their actions on civilians in populated areas.

The use of explosive weapons that were designed for wars fought in open areas has become more frequent in cities and towns, as wars move to more urban areas.

“It has not been an easy process, in the Red Cross we’ve been working on this for over 10 years, calling on states to avoid using heavy explosive weapons in populated areas, and this diplomatic process has gone on for almost three years.

“It has not been an easy process, especially if you want to have states that are really engaged in military operations on board, there was a lot of diplomacy, a lot of negotiations involved.

She added: “If you take mortars, artillery, missiles, rockets, these are not new weapons.

“These are old weapons, they have been used for decades, but now war is moving more and more to cities and towns and places where civilians are present and go about their daily lives.

“And so while the battlefield has changed, it has become more urban, the weapons have not necessarily changed.”

Addressing the conference, Minister for Foreign Affairs Simon Coveney said that it was significant that so many countries had signed up to the declaration.

“The devastating humanitarian and development consequences of the use of a weapon cannot be overstated.

“Year after year, we have seen that 90% of casualties from explosive weapons in populated areas are not wearing uniforms they are not soldiers, but they are civilians. Ordinary people going about their business, men women and children impacted by explosive weapons.

“As the ICRC often reminds us, even wars have rules.

“Compliance is not optional, no matter how powerful you think you are as a global superpower.”

Earlier, a ceremony of the Memorial to the Unknown Civilian was held as a tribute to the civilian victims of bombing in populated areas, as well as civilian casualties.

Syrian activist Nujeen Mustafa, who fled bombing in her hometown of Aleppo, laid a wreath wreath on the monument in Dublin Castle’s gardens.