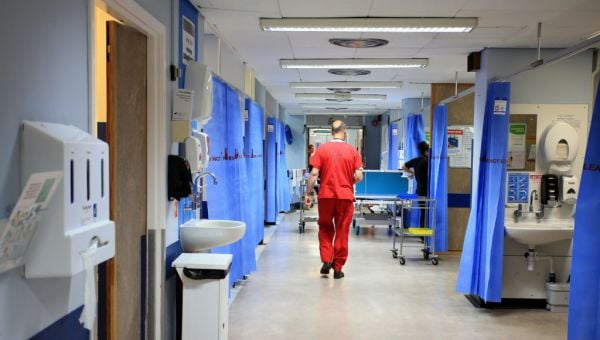 Underperforming consultants and managers in some of the country’s worst hospitals have been “targeted” in recent weeks and asked to account for their failures.

As the Irish Examiner reports, using performance-tracking data, The Minister of Health Stephen Donnelly and his officials have been touring the most overcrowded hospitals and speaking directly to managers as to why problems are not being resolved.

Government ministers, angered by a lack of progress in a number of hospitals, including Cork University Hospital (CUH) and University Hospital Limerick (UHL), have blamed managers for the poor performance, amid record levels of overcrowding and long waiting lists.

Under mounting political pressure at a time of a record €23 billion spend on health, ministers say the managers are “unable or unwilling” to deliver.

The Cabinet is deeply concerned as to the capacity of the underperforming hospitals to properly manage their resources during the winter months.

This new performance-management system allows access, for the first time, to detailed operational information that can be used to hold hospitals and individual consultants to account.”.

Among the hospitals singled out by ministers as “problematic” are University Hospital Galway, UHL, and CUH.

Part of the problem being flagged for the poor delivery is the “quality” of management teams, both clinical and non-clinical.

Mr Donnelly has said that he believes new Regional Health Area chiefs should be paid in line with new consultant contract and that hospital chief executive salaries should be higher in recognition of greater accountability.

Another major reason for poor performance is the lack of physical assets available, such as beds, theatres, diagnostics, car parking, and an inconsistency of modern working conditions across specialities.

The news comes as figures from the Irish Nurses and Midwives Organisation (INMO) show 459 admitted patients are waiting for beds in Irish hospitals this morning.

The INMO’s Trolley Watch figures show that 377 patients are waiting in the emergency department, while 82 are in wards elsewhere in the hospital.