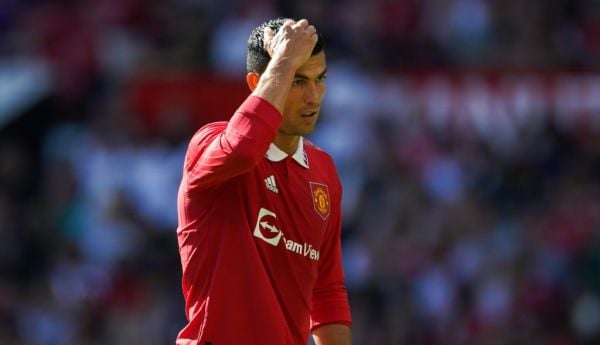 Manchester United have “initiated appropriate steps” following Cristiano Ronaldo’s explosive interview with Piers Morgan which has left his future at the club in doubt.

The second part of the 90-minute interview aired on TalkTV on Thursday evening. Ronaldo used his conversation with Morgan to say he does not respect United manager Erik ten Hag and to claim that senior figures at the club are trying to force him out of Old Trafford.

A club statement on Friday morning said: “Manchester United has this morning initiated appropriate steps in response to Cristiano Ronaldo’s recent media interview. We will not be making further comment until this process reaches its conclusion.”

Legal experts have said Ronaldo’s unauthorised interview, released as top-flight football goes on hiatus for the World Cup, is likely to constitute a breach of contract, which could allow United the option of cancelling his contract should they so wish.

Even if they club stop short of such a measure and instead seek an amicable exit, it seems unlikely that he plays for the club again, having already been forced to settle for a reduced role this season under Ten Hag, leading to tensions between the pair.

Ronaldo, who has joined up with Portugal for the World Cup, acknowledged in the interview that his future is now in question.

“It is hard for me to say that I will not be back to Manchester United, but regardless, as you say, let’s see what’s going to happen,” he said.

“But, as I told you before, the fans for me always will be on my side, will be always in my heart.”

The five-time Ballon d’Or winner has scored a total of 145 goals in 346 appearances for United across two spells, 27 since returning in the summer of 2021.

The 37-year-old finished as their top scorer with 24 last term but has only three in 16 appearances this season, and just one in the Premier League.