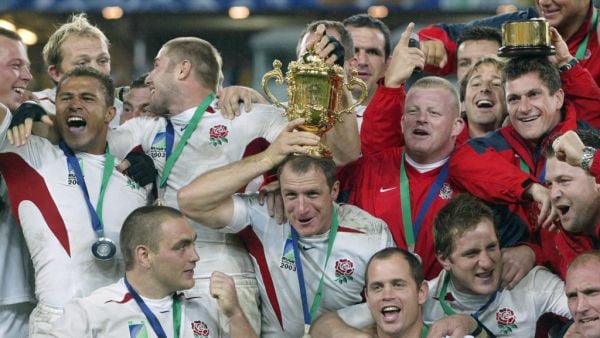 Assistant coach Mike Catt believes Ireland are “going in the right direction” towards emulating his “life-changing” achievement of winning the World Cup.

The in-form side complete a standout 12 months in which they have risen to the top of the global rankings by hosting the Wallabies on Saturday evening in Dublin.

Catt believes Andy Farrell’s men must continue to work on adaptability and consistency but feels preparations for next year’s showpiece tournament in France are going well.

“Times have changed considerably since 20 years ago, the whole game has changed, but I think the pathway we’re on, we’re going in the right direction,” he said.

“The team has to be able to adapt. There are three, four, five teams that are capable of adapting and winning anything.

“Where we’re at at the moment, I think everybody is enjoying the environment we’re in, enjoying what we’re trying to achieve.

“But we’ve got to be a lot more consistent in certain areas of our game and that needs to start tomorrow night.”

Catt was standing just behind fly-half Wilkinson as the ball sailed between the posts. The 51-year-old has many fond memories of meetings with Australia.

“It was great, it was life-changing really,” he said of winning the World Cup.

“They’ve got some quality players, and it’s taking on the occasion and really enjoying it.”

Not since England in 2002 has a team defeated the All Blacks, the Springboks and the Wallabies in a calendar year, an accomplishment which served as a springboard for their subsequent World Cup triumph.

Catt hopes to sign off in style by replicating that feat at a raucous Aviva Stadium.

“It will be great for us to finish this campaign on a good win and putting a brilliant performance together.

“The crowd have been brilliant for us. We can go up another noise level on Saturday night.”