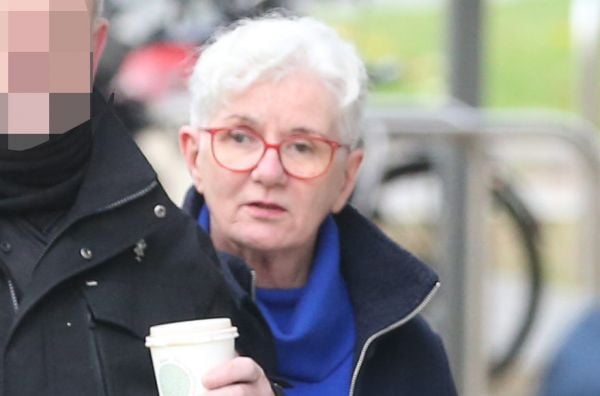 A man who was sexually assaulted by his mother as an infant said he was “punished and effectively exiled for being abused”.

Fionn Daly waived his anonymity at Dublin Circuit Criminal Court to allow his mother, Suzanna Hassett (66) to be named.

Hassett of Westbourne Grove, Clondalkin, pleaded guilty to 13 counts of indecent assault on dates between 1984 and 1987, when her son was aged up to three years old.

She further pleaded to four counts of sexual assault on dates between 1992 and 1995 when her son was aged seven and 11 years old. Hassett has no previous convictions.

In his victim impact statement, Mr Daly said he is still trying to understand and come to terms with the “extreme abuse” he was subjected to.

Mr Daly told the court his childhood was a “long cry for help that no one answered”.

Imposing sentence during a late evening sitting on Thursday, Judge Martin Nolan said there had been a “huge betrayal of trust” by Hassett of her son, who was “entitled to unconditional love and protection from his mother”, but did not get this.

“It is hard to imagine a greater betrayal,” Judge Nolan said.

He imposed a total sentence of eight years with the final 18 months suspended on strict conditions, including that Hassett come under the supervision of the Probation Service for 12 months post-release.

Dublin Circuit Criminal Court heard that he made a complaint to gardaí in 2017 in relation to incidents which occurred between 1992 and 1995.

After Mr Daly went to gardaí, Hassett entered counselling during which she admitted her offending during the 1980s.

The investigating garda said the Hassett’s sister had made a complaint to gardaí in 2000 alleging that Hassett had masturbated the victim when he was a baby. However, Hassett denied the allegations when gardaí spoke to her and no prosecution took place.

After Mr Daly made a complaint to gardaí, he told his family. Hassett initially denied any wrongdoing. Her husband continued to ask her about it and she subsequently admitted to the sexual assaults of the victim when he was a child.

The accused then was asked to leave the family home, which she did. Her husband ended their relationship and the couple are divorcing.

Hassett agreed to attend counselling, during which she made further admissions which were disclosed to gardaí. She also made admissions when speaking to a Tusla social worker.

The investigating garda agreed with defence counsel that his client had an “unblemished character” before these events came to light.

The accused’s relationship with her three sons has also broken down and she is living an isolated existence.

Defence counsel said his client wished to publicly apologise to her son. A letter of apology was read to the court, in which she said “as a mother, I should have looked after you, not harmed you”.

His client was sexually abused herself by a family member when she was 11 and was molested on other occasions as a teenager. She was also sexualised at a young age.

Hassett is a mother of three sons and despite her  significant failures, her children had achieved academically.

Judge Martin Nolan said Hassett had “used her son” during these periods for “her own gratification for reasons know only to herself”, He noted the mitigating factors including the guilty pleas and co-operation with gardai.

He noted that she had taken steps to deal with her underlying issues and is unlikely to offend in the future. He said that Hassett is remorseful for her actions.

Judge Nolan said Hassett must be punished for the “wrongdoing and harm done to her son”.