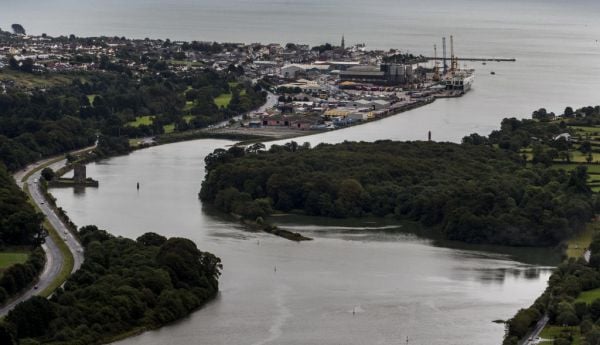 The Government has announced a tender process for a new cross-Border bridge linking the Mourne Mountains to the Cooley Peninsula.

The €3 million bridge connecting Omeath in Co Louth and Narrow Water on the outskirts of Warrenpoint in Co Down is a long-standing infrastructure commitment and the Government reiterated its intent to progress the project in the 2020 New Decade, New Approach (NDNA) deal that restored Stormont powersharing.

It was included in the Coalition’s programme for government and is being paid for out of its Shared Island Fund.

Louth County Council, working in conjunction with Newry, Mourne and Down District Council in the North, is now able to put the project out to tender.

Planning permission has already been secured for the 280m cable-stayed bridge, which will cross the Newry River close to where it flows into Carlingford Lough.

The bridge, which will be anchored by two towers at either end, will have segregated car, cycle and pedestrian lanes.

Taoiseach Micheál Martin visited the site of the planned bridge on Friday morning.

“I am delighted that the Narrow Water Bridge is now proceeding to tender stage,” he said.

“This is an important and symbolic project for the North East, directly connecting the Cooley Peninsula to coastal Co Down, and a project with strong support from communities on both sides of the Border.

“The project also brings significant tourism and economic benefits to the region. Along with improving North-South connectivity, the bridge will be at the heart of a range of cross-border greenways, active travel, recreation and outdoor activity amenities planned for the Carlingford Lough area.

“Today’s announcement is an important next step in the delivery of this long-awaited project and another example of the Shared Island Fund in action.”

Minister for Housing Darragh O’Brien added: “This is a huge day for communities in Cooley, Warrenpoint and Newry.

“Narrow Water Bridge has been talked about for decades, and is now finally becoming a reality, thanks to the work of local community groups, the two councils and the Shared Island Fund.”

Chief executive of Louth County Council Joan Martin said: “The Narrow Water Bridge will deliver an unprecedented boost to the North East region as a whole, and will complement tourism and active travel initiatives being jointly developed by Louth County Council and Newry, Mourne and Down District Council.

“This project has long been a strategic priority, improving access, strengthening North-South links and deepening connections between communities on both sides of the border.”

Newry, Mourne and Down District Council chair, councillor Michael Savage, said the bridge would deliver a wide range of social and economic benefits for the entire region.

“The launch of the tender process will be welcomed by local communities who will enjoy new recreation and active travel opportunities and benefit from further enhancement of the area’s rich tourism offering,” he said.