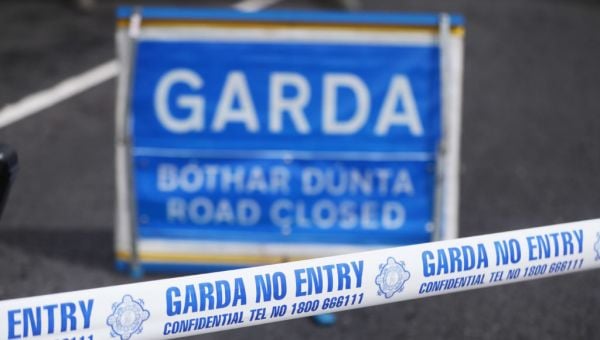 A man, aged in his 30s, has died and a teenage girl has been airlifted to hospital following a two-vehicle collision in Co Kilkenny on Friday evening. It is believed that one of the vehicles involved in the crash was stolen.

Gardaí attended the scene of the fatal road traffic collision which occurred at approximately 3.55pm on the N77 between Kilkenny town and Ballyragget.

The driver of one of the vehicles, a man in his 30s, was taken from the scene but was later pronounced dead at St Luke’s General Hospital Kilkenny. A female teenager who was in this vehicle was taken by air ambulance to Waterford University Hospital with serious injuries.

The three occupants of the second vehicle (two men in their 40s and 60s, and a woman in her 40s) were taken to St Luke’s General Hospital Kilkenny for medical treatment. It is believed their injuries are non-life threatening.

Gardaí are also investigating the circumstances of the theft of a vehicle at Green Street, Kilkenny at approximately 3.30pm on Friday in relation to the collision.

A female teenager was an occupant of the vehicle when it was stolen and the vehicle was subsequently involved in the fatal collision.

The N77 between Hennebry’s Cross and Dinan Bridge was closed to traffic overnight while a foresnic examination of the scene took place. Local diversions via the Castlecomer Road are in place.

Gardaí are appealing for any witnesses to either of these incidents to come forward to assist them with their ongoing investigations.

Any road users who may have camera footage (including dash-cam) and were travelling on the N77 between Kilkenny town and Ballyragget between 3.15pm and 4pm are asked to make this footage available to gardaí.

Gardaí are also appealing for any road users who may have camera footage (including dash-cam) and were travelling in the Green Street area of Kilkenny between 3pm and 3.30pm to make this footage available to them.