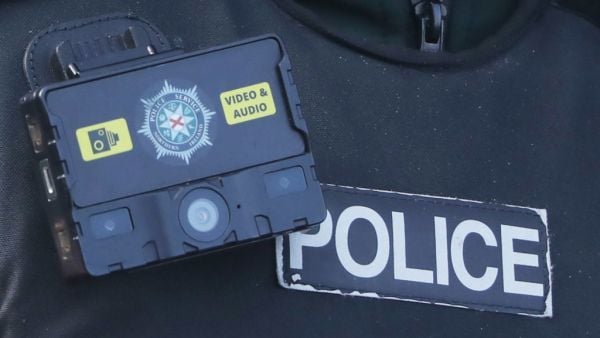 Police in Co Tyrone have said a bomb attack in Strabane was an attempt to murder police officers.

Two officers were targeted in Mount Carmel Heights in the town on Thursday night in an attack involving an improvised explosive device.

The Police Federation of Northern Ireland said the officers were lucky to escape uninjured when their vehicle was attacked.

We can confirm that an ongoing security alert in the Mount Carmel Heights area of Strabane appears to have been a targeted attack on police shortly before 11pm last night, Thursday November 17th. pic.twitter.com/9zz6Nu8lLG

A PSNI spokesperson said: “The police service can confirm that the ongoing security alert in the Mount Carmel Heights area of Strabane this morning, Friday 18 November, follows what appears to have been a targeted attack on police shortly before 11pm last night.

“Investigations are at an early stage, however, the attack, which is believed to have been caused by an improvised explosive device, caused damage to a police vehicle and is being treated as the attempted murder of two officers.

“The road remains closed and motorists are advised to avoid the area. No homes have been evacuated at this time.

“A further update will be provided in due course.”

Taoiseach Micheál Martin was in Newry, Co Down, when news of the attack began to emerge.

PFNI chair, Liam Kelly, said: “The terrorist goal was to cause heartache and misery and return Northern Ireland to the dark ages.

“This attack is a reminder to us all that terrorists are still active in our community.

They want to maim or murder our men and women. The truth is they are a bankrupt throwback to another time and have nothing to offer society.

“I would appeal to people to help the police track down those responsible and bring them before the courts.

“This was a desperate, reckless act. It will not deter our colleagues from doing their job with professionalism and dedication.”

SDLP MLA Daniel McCrossan said the attack had caused a major security alert in the area.

He said: “More than 1,000 people living in Mount Carmel Heights are experiencing immense disruption this morning as police investigate a security alert in the area.

“This is one of Strabane’s biggest residential areas and there is currently no way in or out as the scene is cordoned off.

“Local people have reported hearing a loud bang late last night which police are now investigating. This disruption means that nurses, teachers and other public service workers are unable to get to work this morning.

“I am continuing to speak directly with the local PSNI and would urge people to co-operate with police so that we can secure the area and have the cordon lifted as soon as possible.”