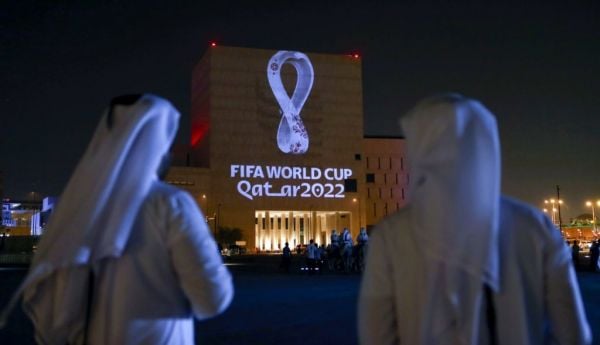 Qatar has banned the sale of alcohol to fans at World Cup stadiums.

The announcement comes two days before Sunday’s kickoff of the World Cup, the first to be held in a conservative Muslim country with strict controls on alcohol, the consumption of which is banned in public.

Budweiser, a major World Cup sponsor with exclusive rights to sell beer at the tournament, was to sell alcoholic beer within the ticketed perimeter surrounding each of the eight stadiums three hours before and one hour after each game.

But the reversal of that policy comes after long-term negotiations between Fifa president Gianni Infantino, Budweiser, and executives from Qatar’s Supreme Committee for Delivery and Legacy, which is organising the World Cup.

Alcohol will still be served inside the stadium hospitality zones.

Fifa released a statement on Friday confirming the removal of sales points of beer from the stadium perimeters “following discussions between the host country authorities and Fifa”.

Budweiser is reported to pay Fifa $75 million (€72 million) every four years to be one of its top-level partners, and it not yet clear what impact this has on the commercial deal.

The company tweeted from its main account on Friday: “Well, this is awkward” – a post which was then deleted.

Questions have swirled around the role alcohol would play at this year’s World Cup since Qatar won hosting rights in 2010. While not a “dry” state like neighbouring Saudi Arabia, consuming alcohol in public places is illegal in Qatar.

Visitors cannot bring alcohol into Qatar, even from the airport’s duty-free section, and most cannot buy alcohol at the country’s only liquor store. Alcohol is sold in bars at some hotels, where beer costs around $15 per half-litre.

Budweiser will still sell alcoholic beer at the main Fifa Fan Fest in central Doha, sources said, where it is offered for about $14 (€13) per half pint. Alcohol will also be sold in some other fan zones whereas others are alcohol-free.

Fifa said in a statement: “Following discussions between host country authorities and FIFA, a decision has been made to focus the sale of alcoholic beverages on the FIFA Fan Festival, other fan destinations and licensed venues, removing sales points of beer from Qatar’s FIFA World Cup 2022 stadium perimeters.

“There is no impact to the sale of Bud Zero which will remain available at all Qatar’s World Cup stadiums.

“Host country authorities and FIFA will continue to ensure that the stadiums and surrounding areas provide an enjoyable, respectful and pleasant experience for all fans.

“The tournament organisers appreciate AB InBev’s understanding and continuous support to our joint commitment to cater for everyone during the FIFA World Cup Qatar 2022.”

The 2022 World Cup has been dogged by controversy since Qatar, an absolute monarchy, was announced as host.

Organisers strongly denied allegations of bribes to secure the rights and pushed back on criticism over human rights abuses and social restrictions. Holding the event in late autumn instead of summer due to the desert climate also drew ire.

Now all eyes are on the smallest nation to host the event in what will be the most expensive World Cup in history, organised at a cost of $220 billion – almost 20 times what Russia spent in 2018.

Doha is unrecognisable from when Qatar won the bid 12 years ago. New highways, a metro, stadiums, new airport and ports, and hundreds of buildings, hotels and restaurants await some 1.2 million visitors, a construction spree authorities say was planned regardless of the event that accelerated the pace.

It backed alternative sides to those of its neighbours in “Arab Spring” divides from Egypt to Libya.

While housing the largest US military base in the region, Qatar has also been home to myriad non-state actors seen as anti-Western, including Afghanistan’s Taliban and the Palestinian militant group Hamas, as well as Muslim Brotherhood members.

Many in the region have long seen the output of Qatari broadcaster Al Jazeera as inflammatory.

But Qatar has built credit with the West by emerging as a diplomatic broker over Afghanistan, an occasional facilitator on Iran, an ally for European leaders facing an energy supply crunch and a big investor in America and Europe.

But a successful World Cup is far from guaranteed.

Controlling crowds will be a challenge, with memories raw of recent stampede disasters in Indonesia and South Korea. Another big worry is the risk of cyberattacks.

For now, soccer fans around the world as well as Qatar’s friends and rivals are waiting for the tournament to begin on Sunday.