Radio stations across the country pay tribute to Vicky Phelan 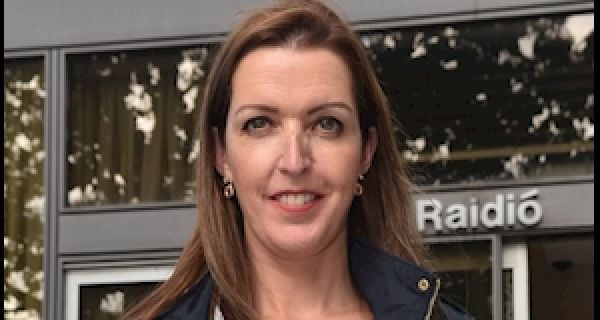 Radio stations in Dublin, Cork, Limerick, Louth and Meath on Friday morning paid a special tribute to Cervical Check campaigner, Vicky Phelan, who passed away earlier this week at the age of 48.

At 11.15am on Friday local radio stations owned by Wireless played a specially produced audio montage featuring the Kilkenny born mother of two.

Meanwhile, the Late Late Show on RTE One will also feature a special tribute to Ms Phelan on Friday evening.

The show will include a special performance by Vicky’s favourite band The Stunning. In December of last year Phelan posted on social media that she had “made it” to The Stunning’s gig in Lisdoonvarna, Co Clare.

She said that listening to their songs made her remember her life before illness.

“Two weeks ago, during my appearance on The Late Late Show I was absolutely feckin’ delighted to be serenaded (well maybe not serenaded) but sung to by my favourite band The Stunning.

“I promised Steve Wall and Joe Wall that I would be in Lisdoonvarna on December 4th to watch them play in an intimate gig at the Royal Spa Hotel even if I had to go there in a wheelchair.”

Ms Phelan said that she did not need a wheelchair on the night and that listening to their songs allowed her to remember the illness free Vicky who enjoyed going to gigs with friends.

She passed away peacefully in the early hours of Monday morning at Milford Hospice in Castletroy in Limerick. She was diagnosed with cervical cancer eight years ago but was given the all clear after long and difficult treatment.

However, in 2018 she was informed that an audit carried out by CervicalCheck found that her 2011 smear test had been reported as a false negative.

Within weeks a CT scan revealed the cancer had returned. The diagnosis was terminal. She went public with what had occurred. Her efforts sparked a debate on the treatment and care of cancer patients in Ireland.

Phelan documented her journey through life in her award-winning bestselling book “Overcoming.” She made the decision to cease chemotherapy in November of last year in order to focus on making memories with her loved ones. She had previously travelled to the United States for treatment in a bid to prolong her life.

Virgin Media also announced that a new special ‘Vicky Phelan: In Her Own Words’ will air on Virgin Media One this Sunday, November 20th at 10:30pm.

They said: “Vicky Phelan exposed one of Ireland’s biggest medical scandals and campaigned tirelessly on behalf the women affected. Her inspiring story is one of resilience and bravery.

“This documentary looks back at an extended interview with Vicky talking about the 221+ support group, her fight for life-saving treatment and finding happiness and strength in the toughest of times.”