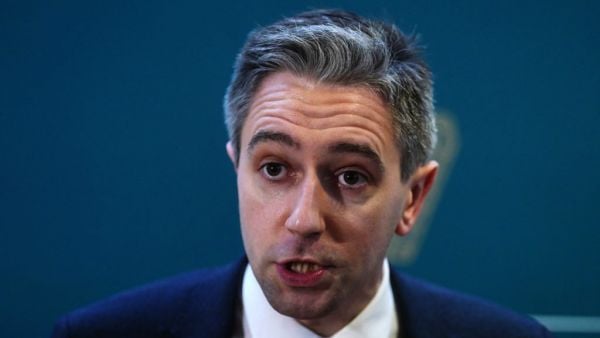 Simon Harris has avoided speculating on whether he will be moved in the upcoming Cabinet reshuffle – but added that a return to the Department of Health would be “highly unlikely”.

Ministers have been quizzed in recent days on whether they will be shifted around as part of the rotation of Taoiseach Micheál Martin’s and Tanaiste Leo Varadkar’s roles.

Under the Programme for Government, the respective leaders of Fianna Fáil and Fine Gael will swap the two most senior positions in government halfway through the three-party coalition’s time in office.

In order to allow Mr Martin to attend the final EU Council summit of the year as Taoiseach, the date was moved by two days to Saturday, December 17th.

As part of the highly unusual rotation, ministers are expected to be swapped around.

Speaking to reporters at The Helix in DCU after an address to students by Ukrainian president Volodymyr Zelenskiy, the Minister for Further and Higher Education said that he has enjoyed building up the new department.

“I’m very much enjoying the role that I’m doing now, it’s been a fascinating department to build it up from scratch really.

“We’ve tried to really put an emphasis and a focus on some areas that perhaps haven’t gotten the policy focus in the past.

“All of the other questions are very much above my pay grade.”

When pressed on whether he could return to Health, he said “I think that’s something that’s highly unlikely to arise”, adding that he spent four years as minister for health before Fianna Fáil’s Stephen Donnelly took up the role.

On Thursday, Mr Varadkar confirmed that Minister for Social Protection, Heather Humphreys would take over the Justice portfolio when Helen McEntee goes on maternity leave next Friday.

She will take the role until December 17th.

It is also expected that Fine Gael’s Paschal Donohoe will pass the Finance ministry on to Fianna Fáil’s Michael McGrath, with Mr McGrath’s Public Expenditure portfolio going to Mr Donohoe.

The third party in the coalition government, the Green Party, are not expected to change their three senior Cabinet roles as part of the rotation.