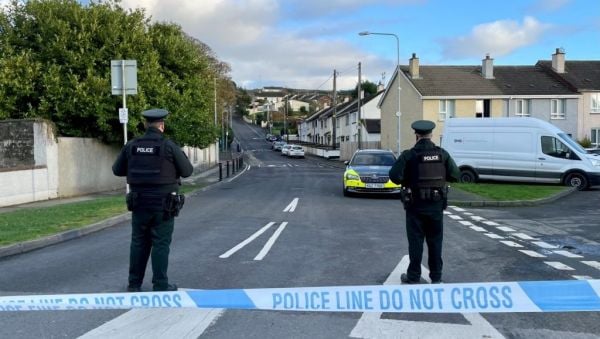 Tánaiste Leo Varadkar has pledged Ireland’s help to find those behind a bomb attack on two police officers in Northern Ireland.

The Police Service of Northern Ireland (PSNI) is investigating the attack as the attempted murder of two officers on patrol in the border town of Strabane in Co Tyrone.

Dissident republicans are suspected as being responsible after two officers escaped injury in the attack at Mount Carmel Heights.

Mr Varadkar condemned the events in Strabane and expressed his solidarity with the PSNI.

“I think what it shows us, 100 years since the foundation of the state, 25 years since the Good Friday Agreement, there are still people on this island that don’t accept democracy, that want to pursue political objectives through violence, and we reject that, people north and south reject that,” he said, speaking in Athlone on the eve of the Fine Gael Ard Fheis.

“We will be working very closely with the Northern Ireland authorities to find out who planted this bomb and bring them to justice.”