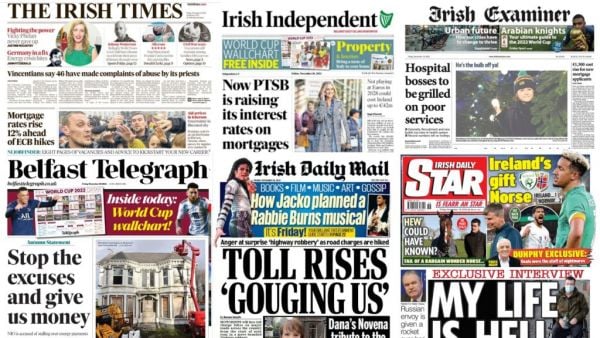 Mortgage payments, underperforming hospitals and toll rises are among the stories splashed across Friday’s front pages.

The Irish Times and Irish Independent both report on rising mortgage repayments, even before the European Central Bank hiked rates in recent months. Permanent TSB is the latest Irish bank to up interest rates for mortgage customers. 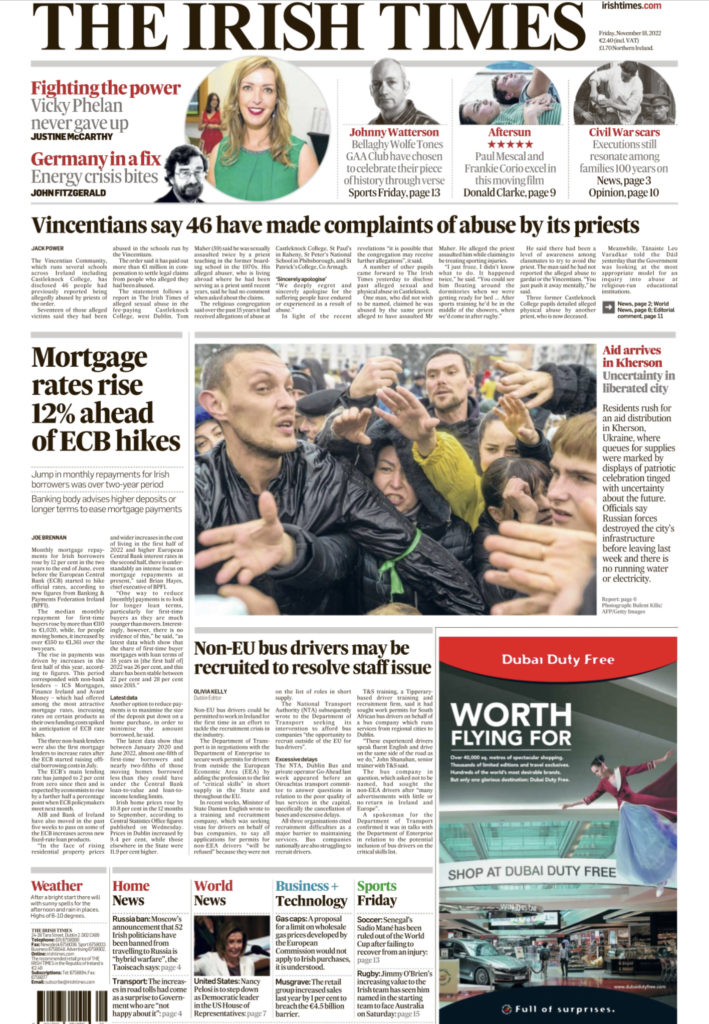 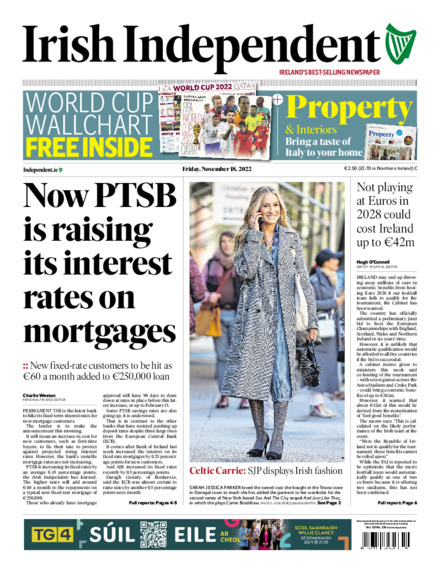 Underperforming consultants and managers in some of the country’s worst hospitals have been “targeted” in recent weeks and asked to account for their failures, the Irish Examiner reveals. 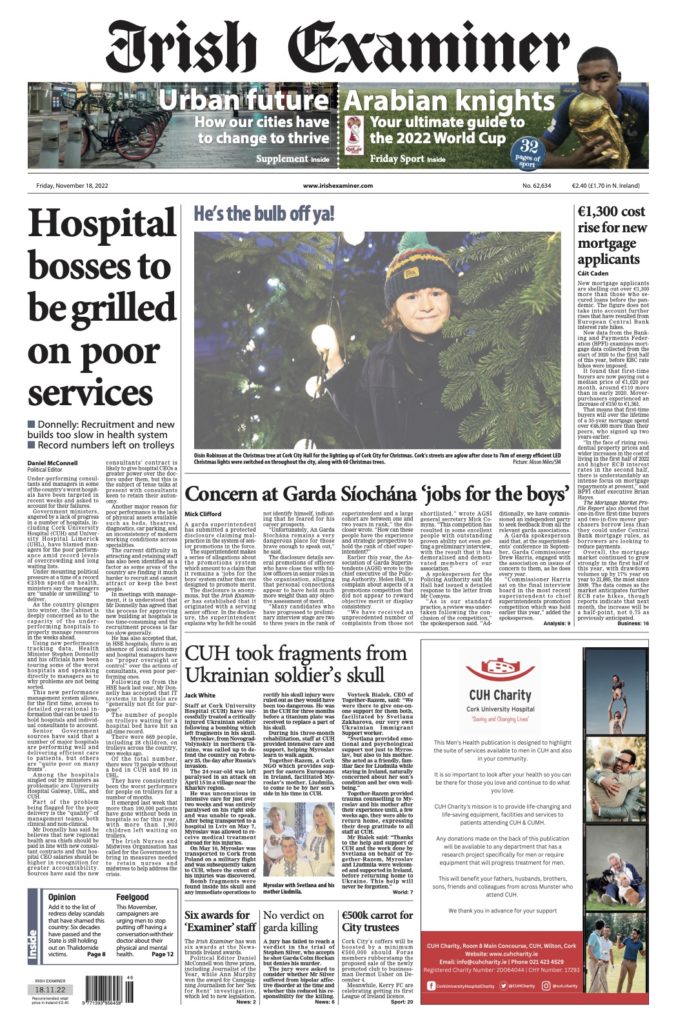 “Highway robbery” is how the Irish Daily Mail describes the rise in toll charges from January next year. Drivers on the M50 motorway in Dublin will see the toll increase by at least 20c. 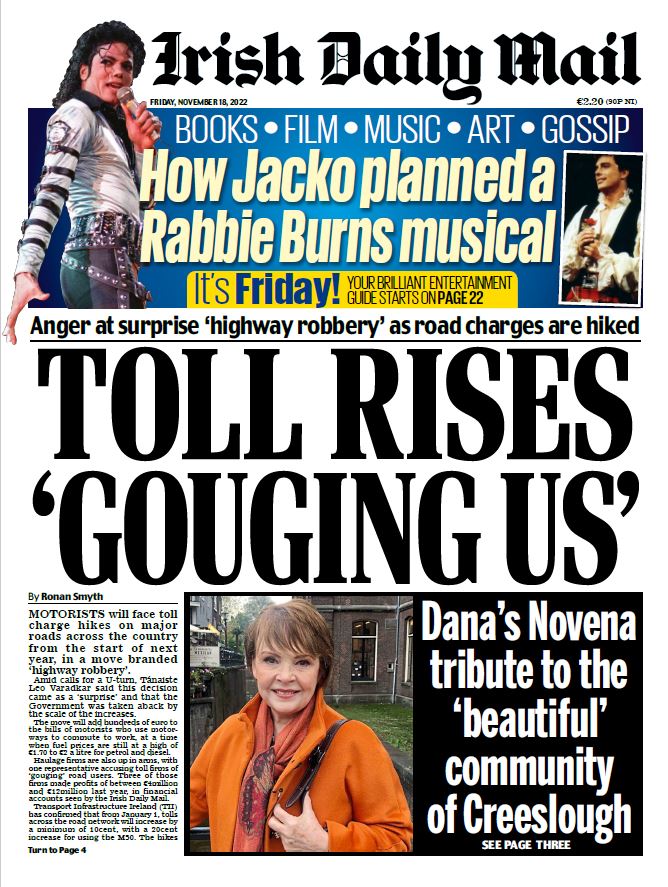 The Irish Daily Mirror has the latest from the Regency Hotel murder trial at the Special Criminal Court. 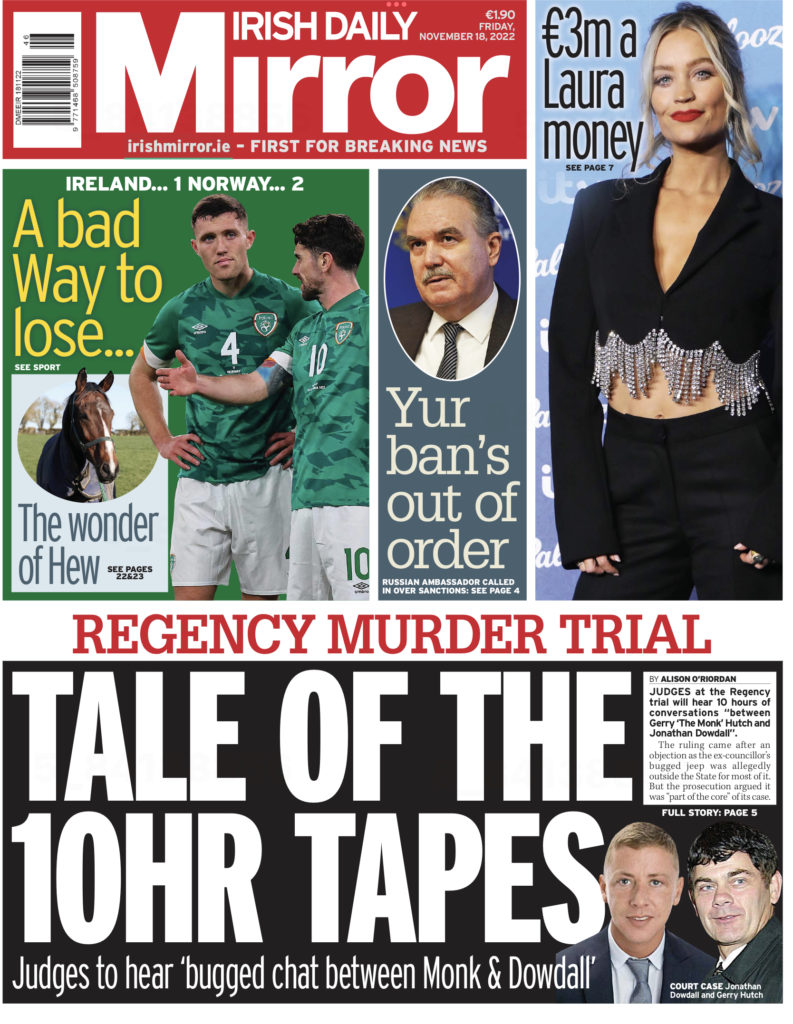 The Irish Daily Star speaks to a father left “crippled” after a hit-and-run attack. 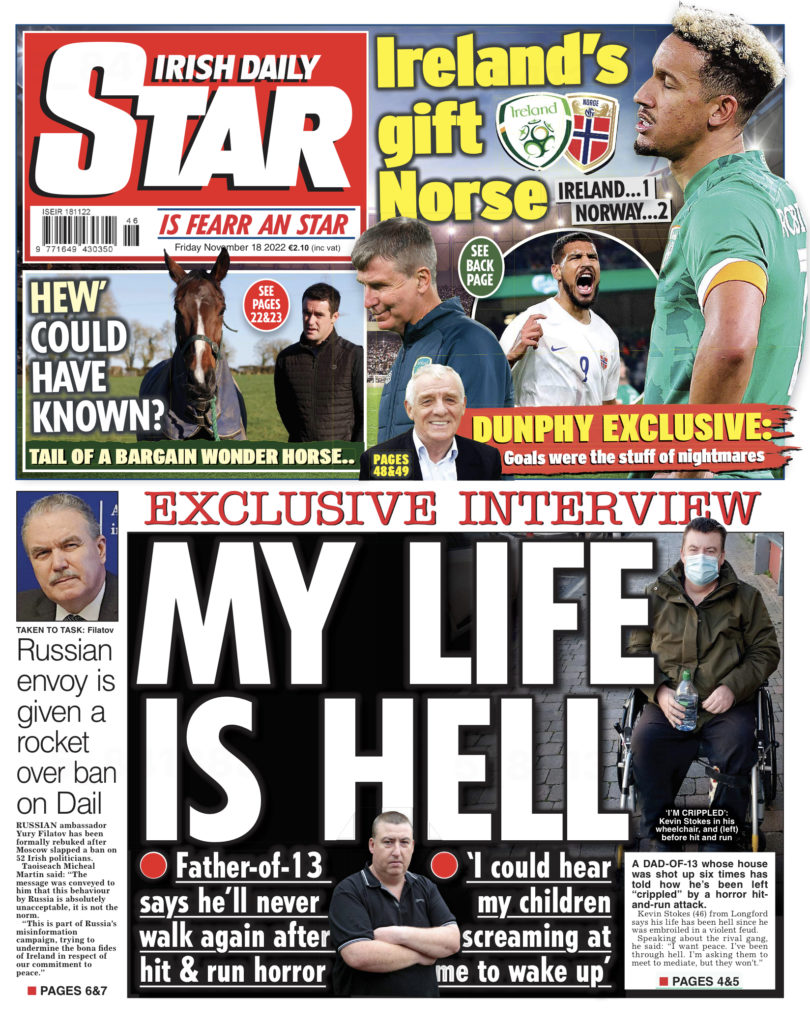 The Belfast Telegraph and The Irish News report on the delay of energy support payments to households in the North. 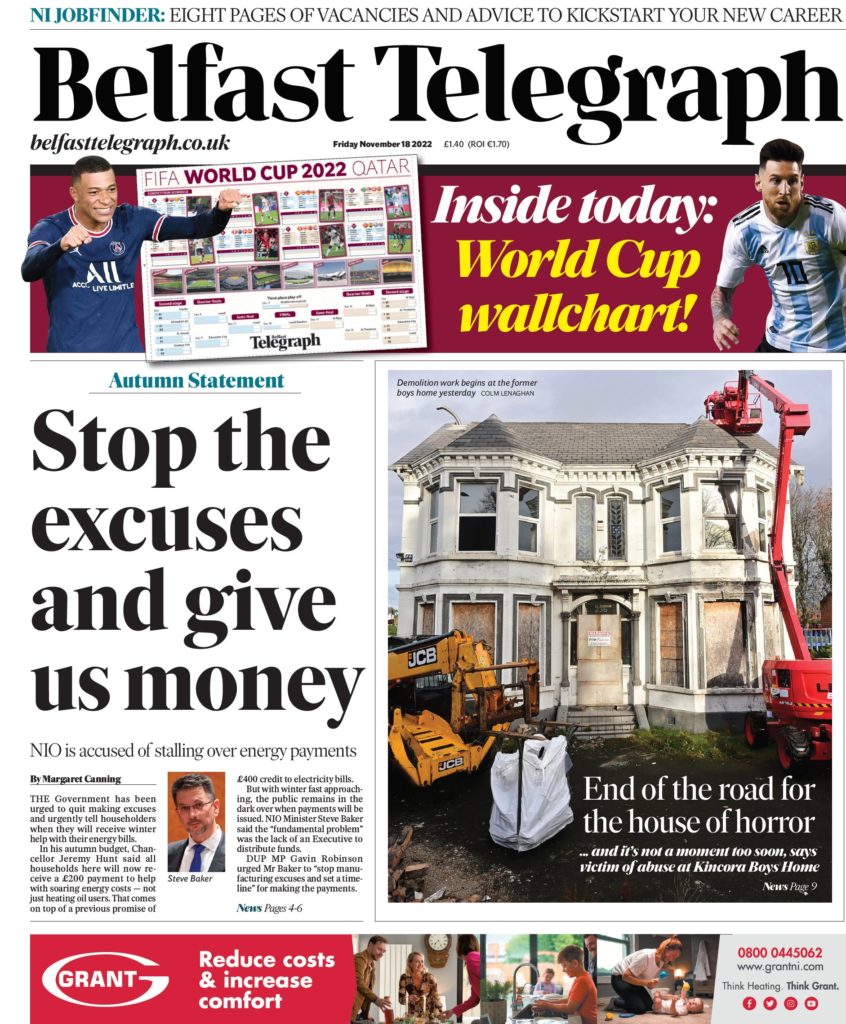 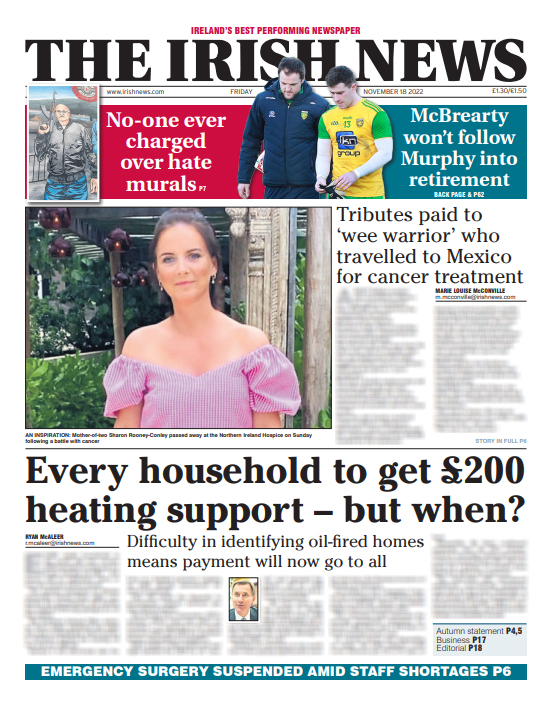 Tax rises, spending cuts and acknowledgement of a recession are the primary focus of the British papers.

The Independent, The Times and the Financial Times say the UK is headed for “years of pain”.

The “UK’s lost decade” is front page of the i, with reports earnings will fall back to 2013 levels over the next two years.

Metro says: “You’ve never had it so bad.”

YOU’VE NEVER HAD IT SO BAD

The Daily Mirror calls it “carnage”, while comment on the front of The Daily Telegraph reads: “The rhetoric of Osborne… with the policies of Brown.”

The Guardian says its “from bad to worse”.

The Daily Express claims victory for its campaign calling for a 10.1 per cent increase in the state pension.

Middle earners and “strivers” were hammered by the budget, according to the Daily Mail.

And the Daily Star continues with coverage of “the gimp”.