A high achiever, Nessa Delaney was ‘a gentle, warm human being’ 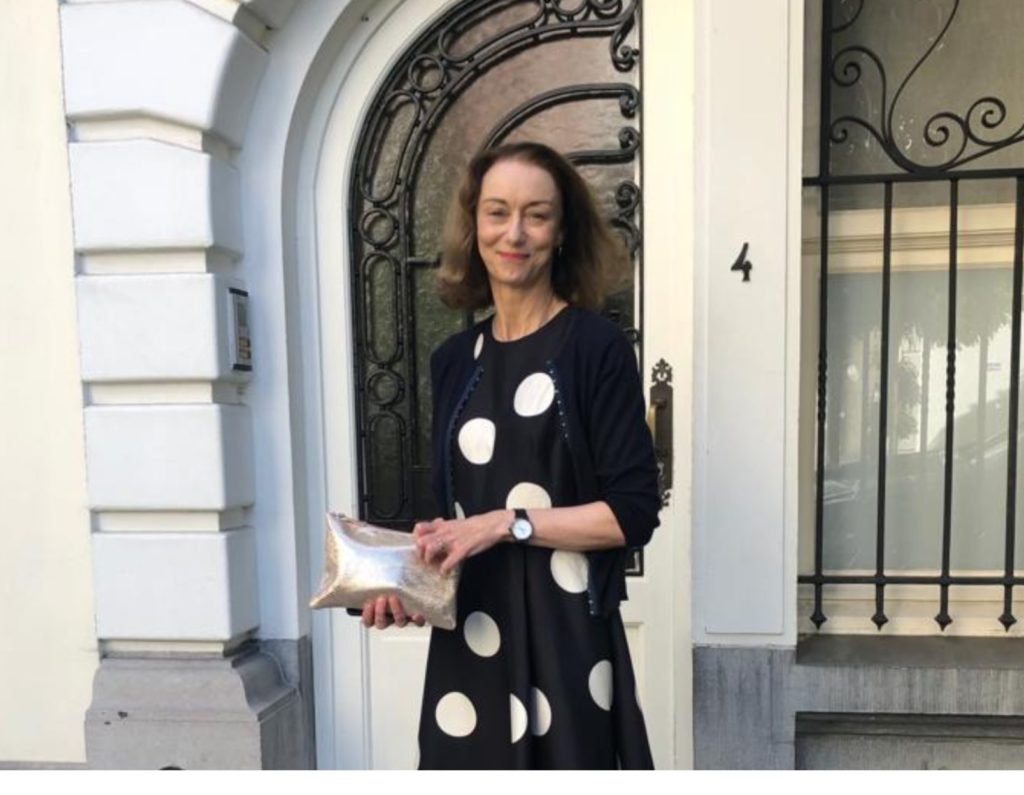 THE death on Sunday 30 October at Dublin’s Blackrock Clinic of Nessa Delaney, Carlow and Brussels, drew widespread tributes for many parts of the world.

Nessa (58) passed away following a long battle with cancer, which she bore with great stoicism. She was wife of Noel White from Carlow town, former Irish ambassador to Australia and New Zealand, currently serving as Ireland’s ambassador to the EU Political and Security Committee.

Nessa was daughter of Cathleen and Eamonn Delaney, Kilkenny Road, Carlow, the mother of three sons – Daniel, Joseph and Patrick – and cherished sister to Catherine, Jean, Pat and Jennifer.

In a stellar career, Nessa Delaney was a senior official in the Department of Foreign Affairs and served in Dublin, Ottawa and Paris. Later she would serve in a senior capacity at the EU Council of Ministers in Brussels for some 30 years.

Carlow’s Cathedral of the Assumption was packed to capacity for Nessa’s funeral Mass on Friday morning, 4 November, celebrated by her uncle Joe Delaney, Newport, Co Tipperary, brother of Eamonn.

In a heartfelt eulogy during Mass, husband Noel told the congregation that, when it came to public speaking, Nessa attached great importance to brevity. She held strongly to the belief that remarks should be to the point, warm, humorous, compact. But, Noel stated, on this day there was much that needed to be said.

Noel’s tribute to his wife continued: “Nessa was the centre of our lives, my life, the lives of the boys. Everything passed through the centre, explicitly and implicitly.

“In the days since she died, I’ve taken more executive decisions than is probably wise. Faced with decisions about today, inevitably, the thought intrudes – what would Nessa have done? I don’t really know. I’ve had to hazard a few guesses. But I do know that she would have made a list. Rather unhelpfully, she didn’t make one for today. If this goes wrong, she bears some responsibility.

“It’s often said that words are inadequate. I’m not persuaded that Nessa Delaney is going to let me get away that easily. This day has been coming. We’ve known about it. Over the course of Nessa’s illness I’ve had visualisations of this scene today.”

Noel described his late wife as “a courageous, determined, ambitious, intelligent – fiercely intelligent – kind, gentle, engaging, warm, witty, funny human being. All these epithets and more – elegance, empathy and grace – are justified; they’re scattered liberally through the tributes that have poured in from around the world.”

Nessa, he said, was a high achiever. A bright girl. She won medals in school and college – Loreto girl, of course – and later in UCD. And there was no ‘grade inflation’ back then.

He said they met at an office Christmas party. “Simpler times. I walked her home. She said I could – I asked her to marry me. She laughed. That wonderful laugh; you know the one. And that pretty much set the tone for the next 36 years or so. We laughed a lot. Later we would cry a lot, too.”

Noel said he would have been mad not to want to marry her. “Nessa was beautiful, a beauty that was physical and emotional; natural and spontaneous. She radiated the stuff that beautiful people radiate. This was a beauty that even the ravages of cancer could not snuff out (and believe me it tried).

“She had curiosity. She was interested in things. At ease with people. And they were at ease with her. Babies liked Nessa, they smiled at her, and babies know. She had style of the effortless variety. She would have enjoyed today, observing you all running the ruler of the style factor.

“When we married here (in the cathedral) 34 years ago, more or less to the day, Joe Delaney was here that day, too. We took the vows … in sickness and in health, ‘til death do us part. We never really thought that we would be calling in that commitment. Ever. And not now. We were young and in love.”

They left Ireland, apart and together, being often in Belgium, almost a second home. It wasn’t planned. Other places featured, too – Luxembourg, Canada, France, Australia. “We had three wonderful boys. Those poor boys put up with a lot. No opportunity for betterment was ever passed up. Lots of adventures and long journeys and borders crossed, late at night, often under cover of darkness.”

Noel, continuing, said Nessa was good at things. “She had a mind like a trap. She remembered everything. She had a natural, unaffected engagement with literature and the arts. She wore her fierce intelligence lightly. She could read fast. She could write like a dream, the most fluent of pens. Her Christmas letters sparked joy. Languages, too – English, Irish, Spanish. She spoke and wrote French like a French person speaks and writes French: she absolutely nailed the subjunctive!”

Research and preparation were all to Nessa. “When the pressure to introduce a dog into our family reached that point that it does in families, she set about the task. She read widely on the subject, too widely. The internet spat back at her – ‘there are no dogs that correspond to your criteria’.

“Meanwhile, the boys were each charged with the welfare of an ‘egg dog’ – a substitute for a dog – a hard-boiled egg with a dog face drawn onto it, which they would have to walk and feed and play with. When one of these egg dogs met an untimely demise, mortally wounded with hairline cracks, Nessa pretended not to notice that it had been replaced by a substitute egg. She was very kind. The boys got their dog.”

Noel’s eulogy continued: “Nessa served Ireland with distinction as an officer in the Department of Foreign Affairs – in Ireland, Canada and France and as the spouse of an officer, in Australia. She left her mark wherever she went. She created friendships. She maintained and retained them. When Nessa was your friend, she was your friend.

“She was a natural fit when she went to work at the General Secretariat of the Council of the EU. She had a sensibility for the historical context of the EU. This was more than just a job. Her value system was informed and reinforced faith. A moral code. These things were important.

“But the most important thing, the one that trumped all else, was her boys Daniel, Joseph and Patrick. She adored them, supported them, backed them unconditionally. She lived a responsibility to deliver them to the world as upstanding, decent young men and good citizens. Her gift to the world. She would have been proud of them today. As I am.

“And in the summer, she would take off, with them, with me, to the sea. Happy summers in Rosslare, up and down the beach, often with the dog – the real one. She kept busy. She could entertain; cook a dinner for ten; read a fat book; tackle a dishwasher; and whip up the best tiramisu. Special recipe. Not to be shared liberally.”

Noel said when cancer came into their lives, Nessa bore the burden bravely. “It broke our hearts to see her suffer. It broke Eamonn and Cathleen’s hearts. Our pain was nothing compared to what she endured. She could have been angry, but she wasn’t. She was sustained by her confidence that the boys would be alright; that she had equipped them to meet the challenges life would throw up, including this one. I have no doubt that she was right.

“We can call up anecdotes; we can reminisce. It’s nice. But it does not change the fact that all of this is premature. We should not be here today. Nessa had more to give. She has been cut down, taken from us. Around her birthday in July she wasn’t well. The disease was making a comeback. As a gift, we gave her a watch – an expensive one, mind! The symbolism was a bit heavy. We couldn’t buy her the gift of time.

“Nessa and I worked well together for the most part. We disagreed, too, but by and large we perceived the world in the same way. A kind of a team thing. Double act. It worked on instinct. On improvisation. Not too much thought. But a double act without one partner is not much of a thing. One hand clapping.

“And often, in that shared working life, we would find ourselves in these types of public speaking settings. I would sense when she was telling me, gently, to shut it down, bring matters to a close – her brevity thing! Her judgement was impeccable. She was correct then. She’s correct now.”

Noel concluded by commenting: “Enough has been said. A curtain has fallen on a beautiful life. Our hearts are broken.

Nessa was laid to rest in St Mary’s Cemetery with her uncle Fr Joe reciting the final prayers at the graveside.