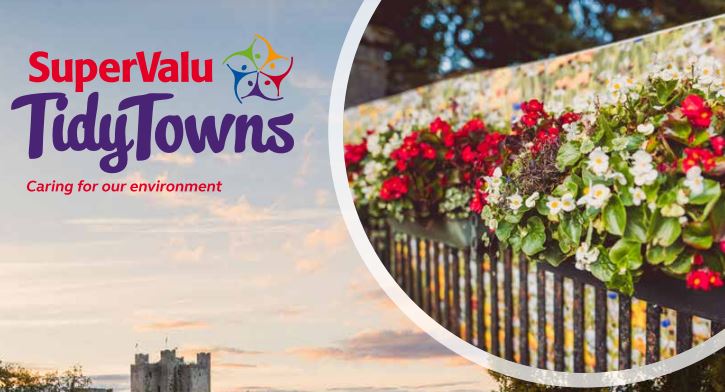 “POINTS inflation” for the winners in the National Tidy Towns competition is making it increasingly difficult for other towns and village to catch up, claimed a local councillor.

While every town and village in Co Carlow increased their points, unfortunately that wasn’t enough for any area in the county to be awarded a bronze, silver, or indeed, a gold medal.

“A lot of hard work and effort goes into Tidy Towns and unfortunately Co Carlow lost out on all its medals this year … Clonegal, Leighlinbridge and to a certain extent Carlow town all lost out,” said cllr Paton, who is actively involved in Tullow Tidy Towns.

Cllr Paton suggested that “points inflation” among the winning towns and villages was now a serious issue.

Cllr Paton insisted that points inflation is having a knock-on effect on towns and villages and asked: “is it fair?”

“You get a medal based on the marks of how far away you are from the national winner and it’s becoming increasingly more difficult for towns and villages to catch up. This is something that needs to be addressed,” he insisted.

Cathaoirleach cllr Brian O’Donoghue stated that previously Tidy Towns was about keeping an area litter-free and looking well with flowers and displays, but now there appeared to be “pressure on committees to do big-ticket items”.

He said this work was more fitting for a development group rather than Tidy Towns committees and described it as “very unfair” for smaller areas.

Cllr Charlie Murphy reflected on the lack of FÁS workers, adding that “voluntary groups are asked to do an awful lot more for less”.

Several members complimented the work of groups around the county, while cllr Andrea Dalton stated that Co Carlow had “a strong showing overall”.

Director of services Michael Brennan remarked that area engineers “play a blinder” in their communities and are “willing to assist groups where possible”.

On cllr Paton’s point, Mr Brennan said: “The standard is getting higher every year.”

However, cllr Paton warned: “If point inflation is not addressed, groups will drop out.”