Lewis Hamilton under investigation after overtaking during a red flag 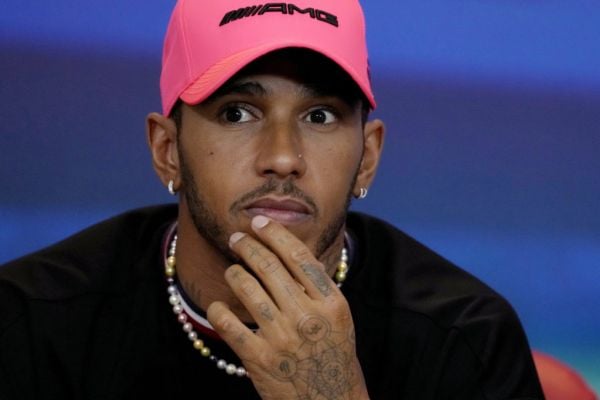 Lewis Hamilton is being investigated after failing to slow for a red flag during final practice at the Abu Dhabi Grand Prix.

Hamilton finished third in the concluding running ahead of qualifying for Sunday’s season-ending race at the Yas Marina Circuit.

But the seven-time world champion passed two cars at Turn 5 as the session was temporarily suspended when Pierre Gasly suffered a puncture.

McLaren driver Lando Norris reported over the radio: “Hamilton overtook the Haas as well under the red flag.”

The incident was noted by the stewards before the FIA confirmed just minutes later that an investigation will be launched at the conclusion of the one-hour session. Hamilton and Mercedes sporting director Ron Meadows have been summoned to the stewards at 4pm local time (12pm Irish time).

The @redbullracing duo power to the top 👊#AbuDhabiGP #F1 pic.twitter.com/llBruLjCgD

Hamilton was two tenths adrift of Verstappen, and one spot ahead of Mercedes team-mate George Russell, four tenths slower than the Red Bull.

Charles Leclerc, level on points with Perez, took sixth, half-a-second back from Perez.