Man arrested in Tallaght after seizure of drugs worth €330,000 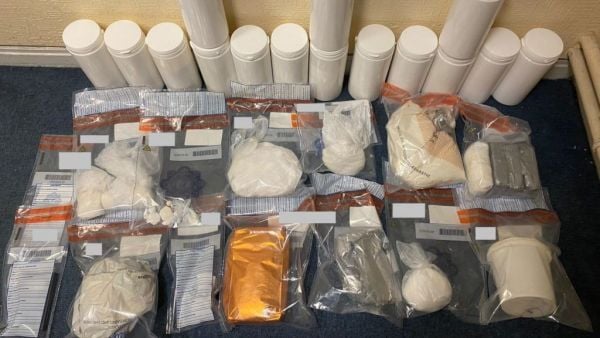 Gardaí have arrested a man in Tallaght after a seizure of drugs worth €330,000.

As part of Operation Tara, Gardaí conducted a search operation in Tallaght on Friday, November 18th, 2022.

The combined amount is estimated at €334,150. A quantity of benzocaine was also discovered in a number of containers.

Earlier on Saturday morning a man in his 30s was arrested in connection with the seizure.